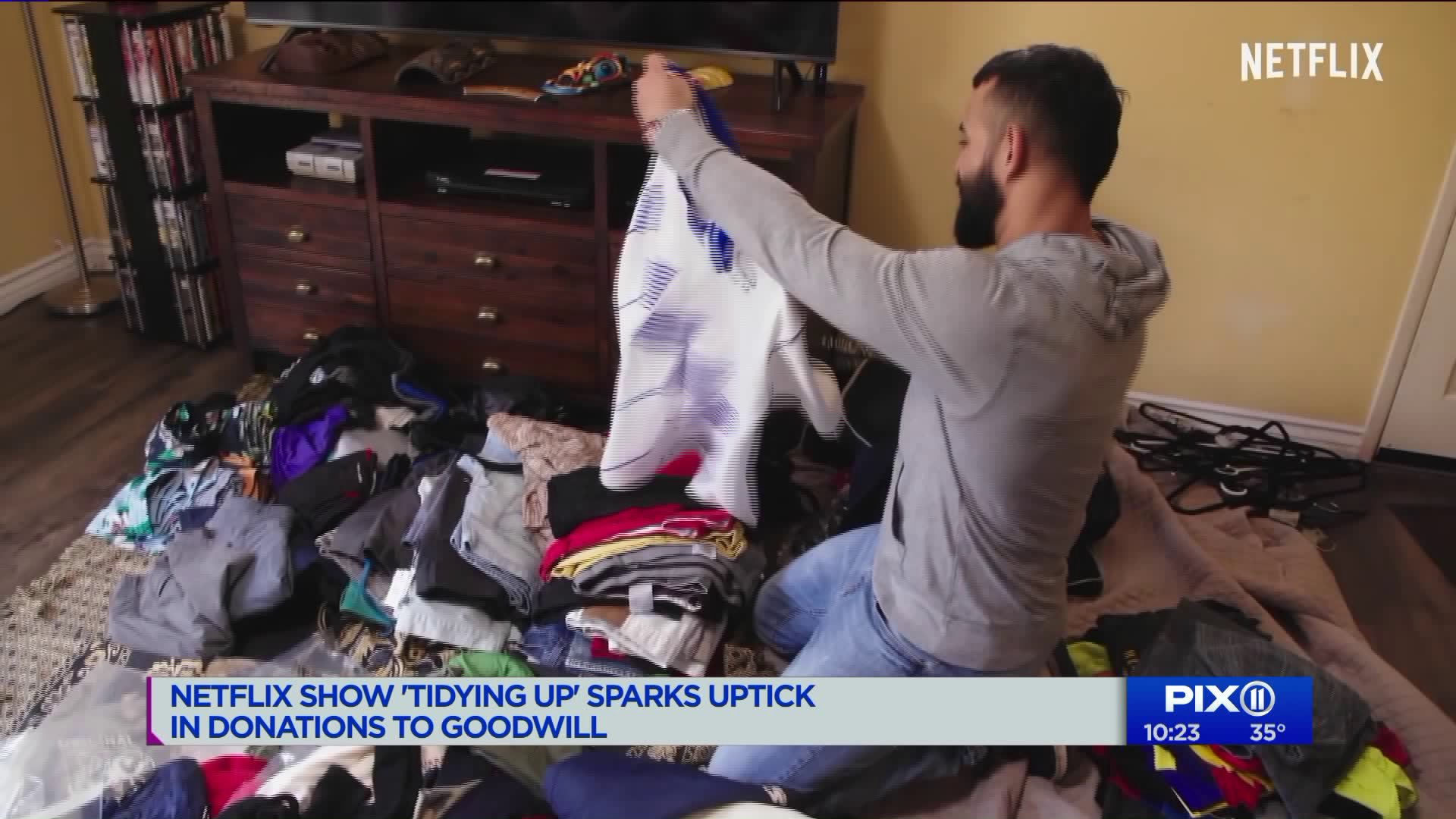 Netflix show `Tidying Up` with Marie Kondo sparks uptick in donations to Goodwill.

There isn't alot of space in most New York City apartments.

The popularity of "Tidying Up with Marie Kondo," a new show on Netflix, may be increasing donations and interest in re-sell businesses.

Marie Kondo is also the author of a book that encourages people to only hold onto items that create joy.

At Beacon's Closet on W 13th Street, some shoppers have again mentioned the Kondo effect. The stores in Brooklyn and Manhattan buy, sell and trade clothing, shoes and accessories. They have seen more customers bringing in merchandise.

Goodwill Industries of Greater New York and Northern NJ says some of the 37 stores in the region report that they have received lots of donations since the beginning of the month in spite of the cold weather. They are tracking the Kondo effect.

A representative from Strand Book Store told PIX11 News "while we won't know what the cause was, our busiest day of 2019 was last Saturday. Maybe people were inspired?"