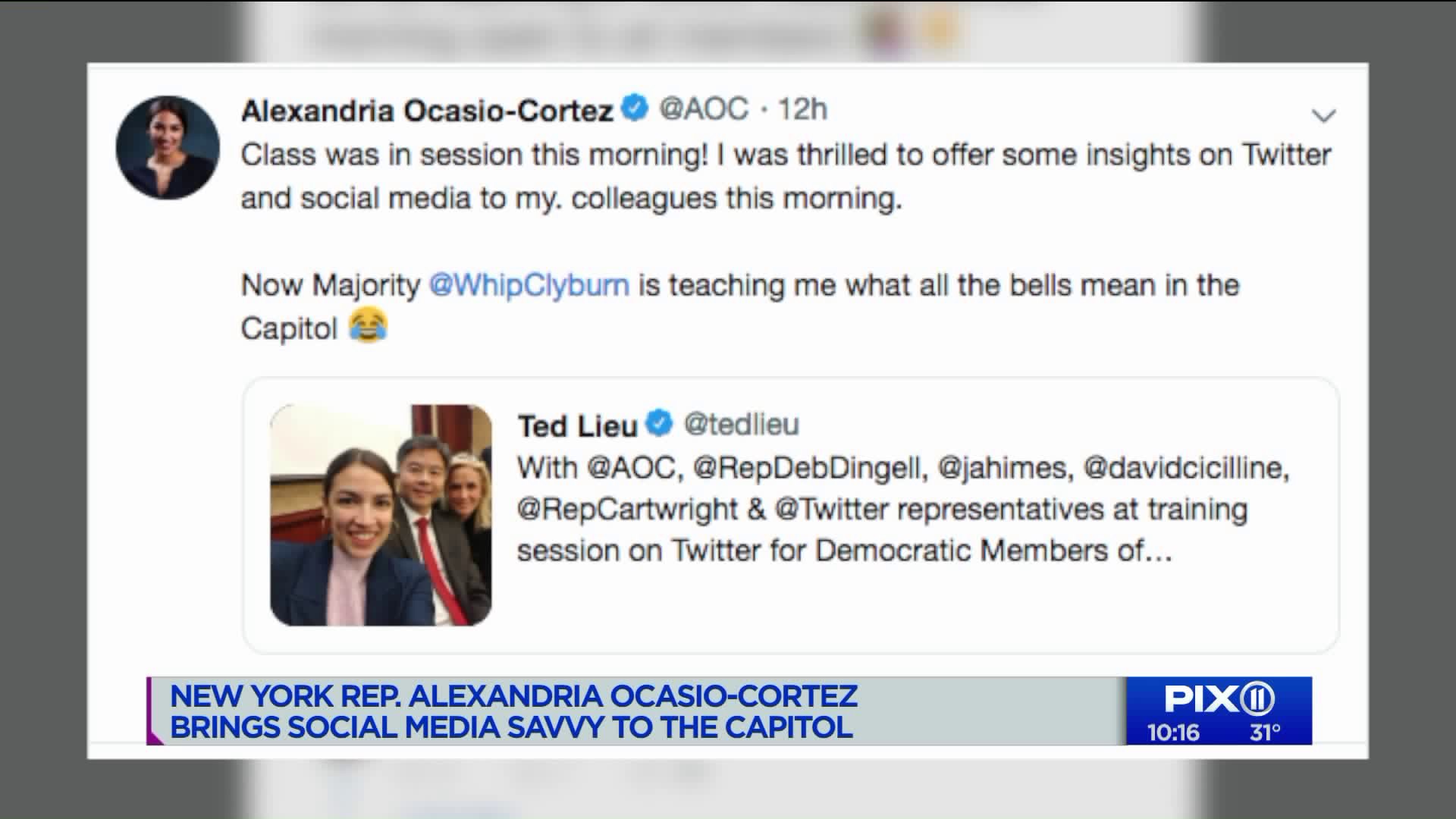 NEW YORK -- President Donald Trump and freshman Congresswomen Alexandria Ocasio-Cortez could not be more different. But when it comes to the use of 280 characters or less, @realDonaldTrump and @AOC are quite similar.

"She is a product of her time she's a millennial, she's been living with social media she's used it the whole time she was running she continues to use it very effectively even when other politicians are coming at her she responds because she knows exactly how to use it," said Lance Ulanoff.

Ulanoff is a tech and social media expert. He currently writes "The Upgrade" column for Medium.

Ulanoff says the platform has forever changed how politicians reach, communicate and grow their base and some would say it began with President Trump when he was running for office.

"We have a president who relies heavily on talking to his constituents through Twitter so it makes sense that new people coming in would be relying heavily on social media to not only talk to their constituents but to talk directly to people who are talking to them in Congress."

Ocasio-Cortez, who represents parts of Bronx and Queens, is unique from the rest of Capitol Hill. She's comfortable with not only using the platform, but appears to truly understand the force behind social media. In fact, she gave a class on social media this morning to her fellow Democrats in Congress.

"The spotlight is shining on her and I think instead of shrinking from it she's using the platform she rode in on to communicate and respond in kind in real time," said Ulanoff. "AOC is lucky she grew up with it and she just knows now to do it."

A revealing recent example - when a video of Ocasio-Cortez dancing in college surfaced - the intent was to embarrass her - but it may have backfired - when she took on the internet trolls. Ulanoff says her sharp wit and quick use of Twitter turned things in her favor.

"She quickly said yeah they're going to be upset I was dancing in college wait until they see a congressperson who also dances and then she posted a video of her dancing as she was entering the office it was just a quick thing but it was very smart and savvy and it turns the discussion to her advantage."

But Ulanoff adds, credit must be given to the President.

"You have to hand it to President Trump the big question was will he continue to use Twitter in office," said Ulanoff. "It turned out he was going to use it exactly as he had been and that really changed the face of politics in America."