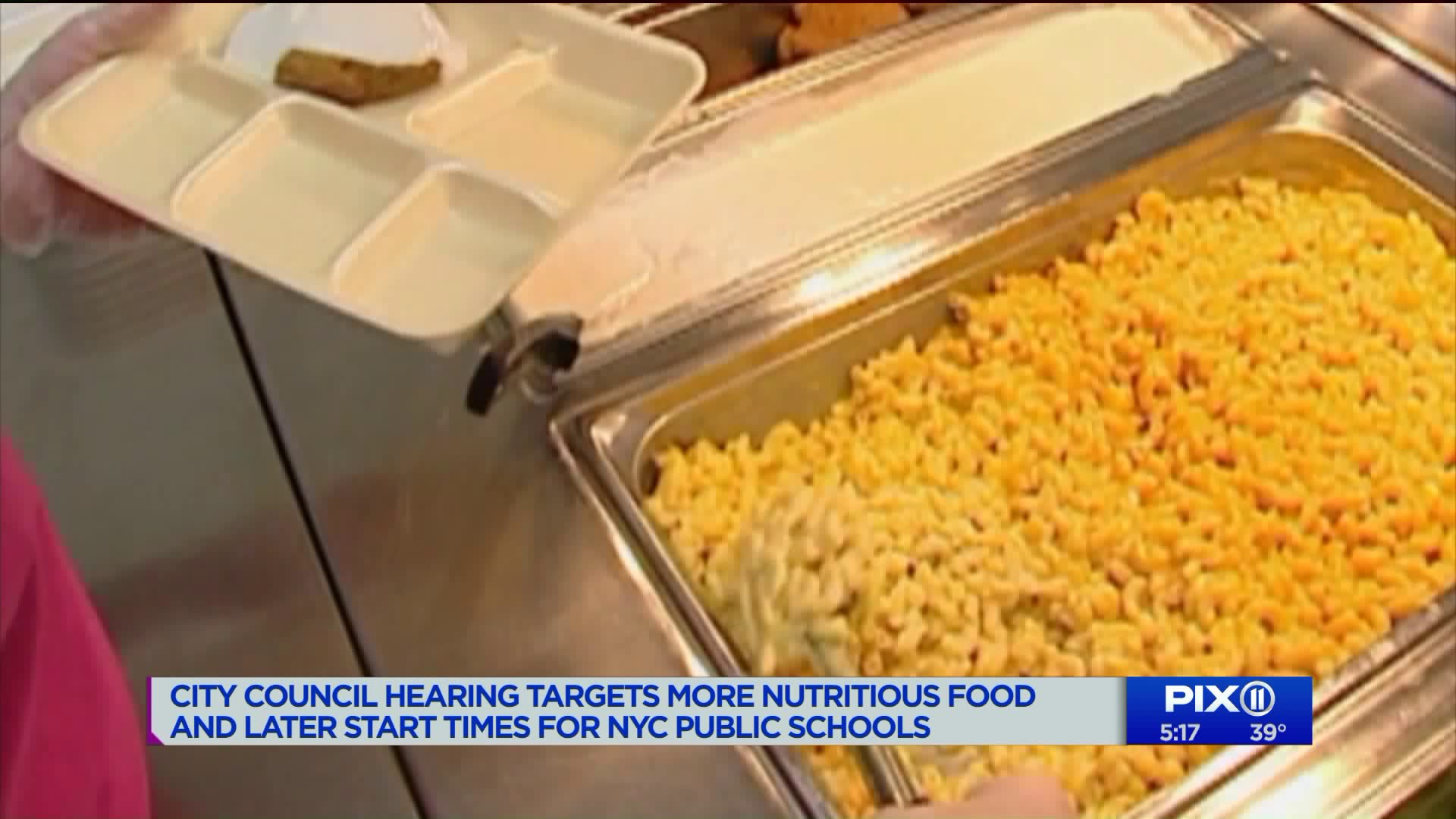 Lawmakers said science dictates that making sure students eat healthier and get more sleep is not just the right thing to do it will result in more learning.

CITY HALL -- Better food and later start times — that is what the NYC City Council is trying to deliver for New York City Public School Children.

Lawmakers said science dictates that making sure students eat healthier and get more sleep is not just the right thing to do— it will result in more learning.

Dressed as a carrot, Strong joined other parents and activists on the city hall steps Wednesday.

The city council education committee is holding hearings on a bill that would demand NYC Schools better track what children are being taught about nutrition in health class.

The council is also interested in expanding schools are offering healthier scratch made food.

“Over 90 percent of our educators teaching health and wellness are not even licensed to teach health,“ said Councilman Mark Treyger, who chairs the committee.

Another separate resolution would encourage city schools to get rid of processed meat entirely.

A third bill is aimed to further study pushing back school start times for middle and high schoolers to at least 8:30am. Most schools currently start 8-8:20 a.m., and about 50 start earlier.

“Seattle just moved their start times to 8:45 a.m. in the morning, and have already seen great outcomes— because adolescents need sleep!” Treyger said.

Department of Education officials said they already have a later start time pilot program in place at five schools. So far, attendance, issues with lateness and student performance have improved — and more schools will already be starting later this coming spring.