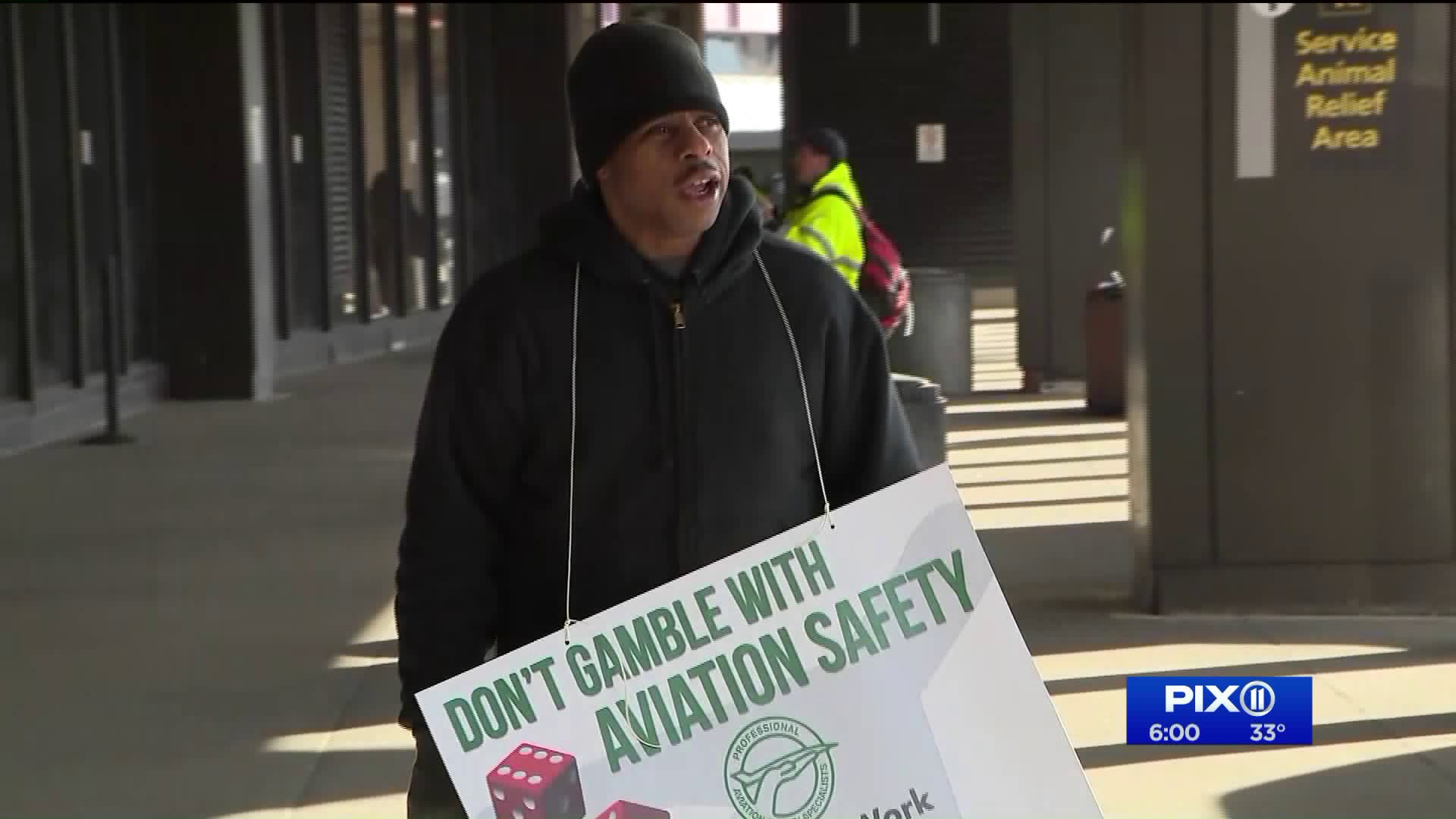 Air traffic controllers haven`t been paid since December and some have been furloughed. They`re ready for the government shutdown to end.

NEWARK, N.J. — As the government shutdown rolls on, airport workers are fighting back.

Some were outside Newark Liberty International Airport handing out pamphlets to travelers, urging them to pressure their elected representatives.

“I got my first pay stub last weekend, it showed zero. My wife is due to have our first child on Friday, so this is not what we want to be worrying about right now," said Bill Striffler, an air traffic controller at Newark Airport.

Striffler and thousands like him are expected to continue working without pay, while others haven't been to work at all since December.

“We have a very stressful job as it is and for people to be worried about how they're going to pay their babysitter and pay their mortgage and their bills, it's just not something that is needed in our position," said Ben Struck, an aviation safety inspector.

For travelers, this could result in fewer flights and more delays. Long security lines have been reported at some of the nation’s busiest airports.

"It's a total waste of time," said one man, getting ready to board a flight at Newark. "We don’t need the wall. It’s totally ineffective. Total grandstand on Trump's part."

The National Air Traffic Controllers Association sued the government for making employees work without pay, but a judge struck them down.

Hundreds of thousands of federal government workers have had zero pay in the new year.

“I just want to end the furlough, end the shutdown. Get everybody back to work," said Struck. "Ensure the safety of the flying public.”