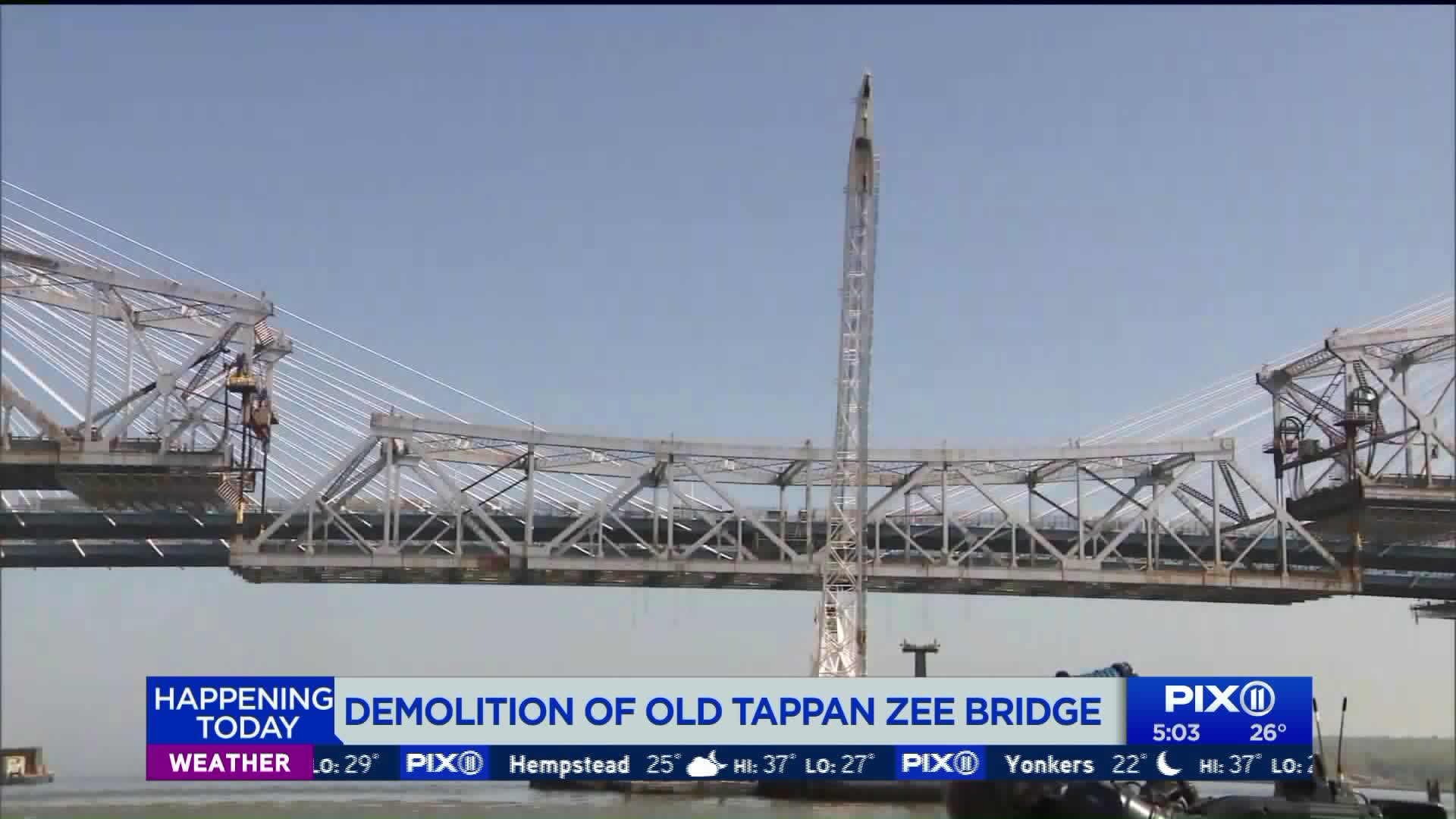 A planned demolition of the old bridge was rescheduled for Tuesday, weather permitting, after heavy winds postponed its initial date last Saturday.

TARRYTOWN, N.Y. — A big chunk of the old Tappan Zee Bridge is about to go down in New York history.

Demolition with explosives is scheduled on Tuesday morning to remove the eastern part of the former bridge between Westchester and Rockland counties.

It's already been replaced by the Gov. Mario M. Cuomo Bridge, which carries Interstate 87 traffic over the Hudson River about 30 miles north of New York City.

The Tappan Zee, which opened in 1955, was a poster child for America's crumbling infrastructure. Shifting steel plates gave drivers unnerving glimpses through road cracks of the chasm below.

There are plans to dismantle the western portion without explosives sometime this year.

You can watch the demolition live on-air at PIX11, and on PIX11.com and the PIX11 Facebook page.