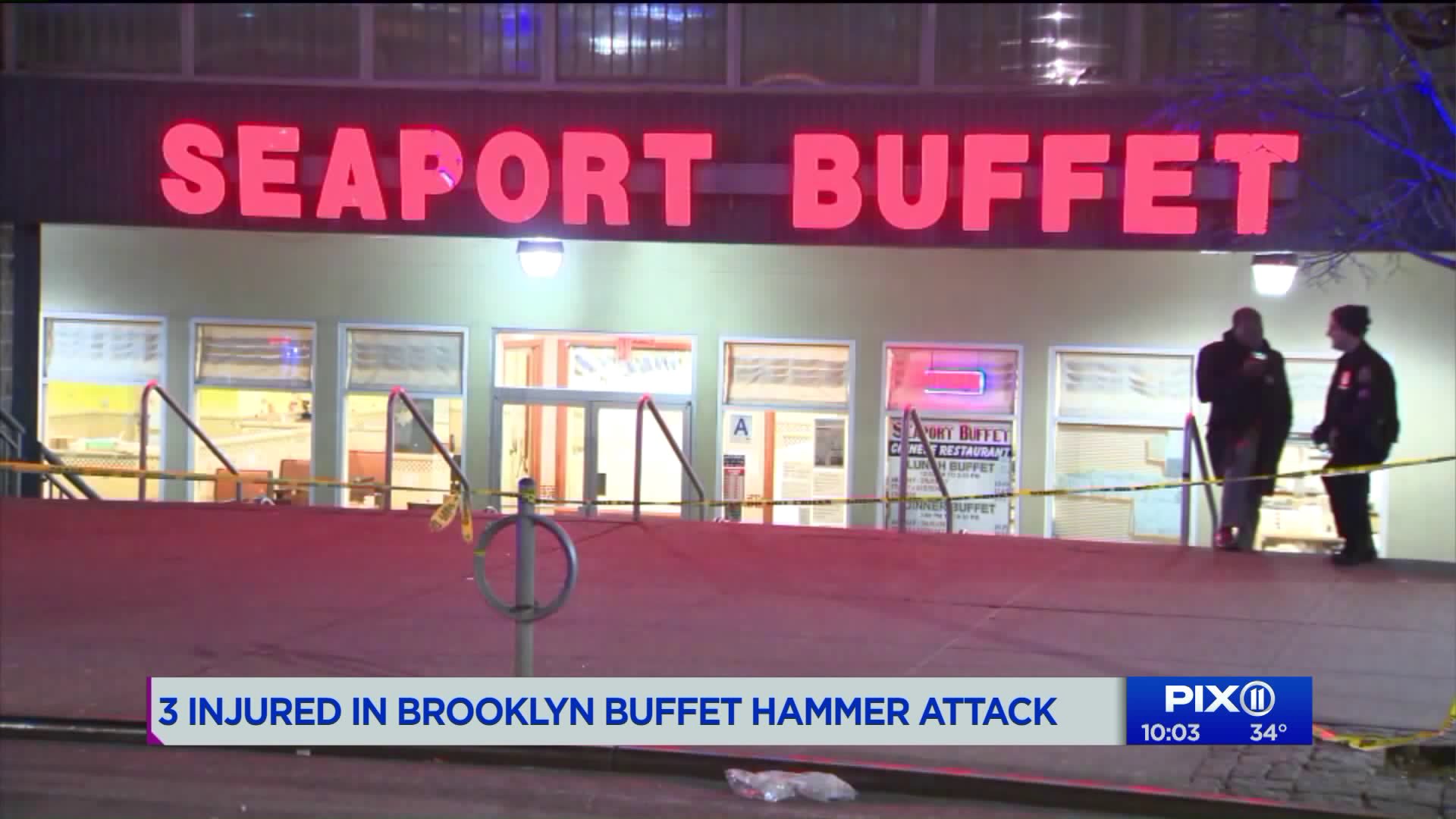 Three men were injured in a Tuesday afternoon hammer attack in Brooklyn, police said. One of the victims is in critical condition, an NYPD spokesman said. 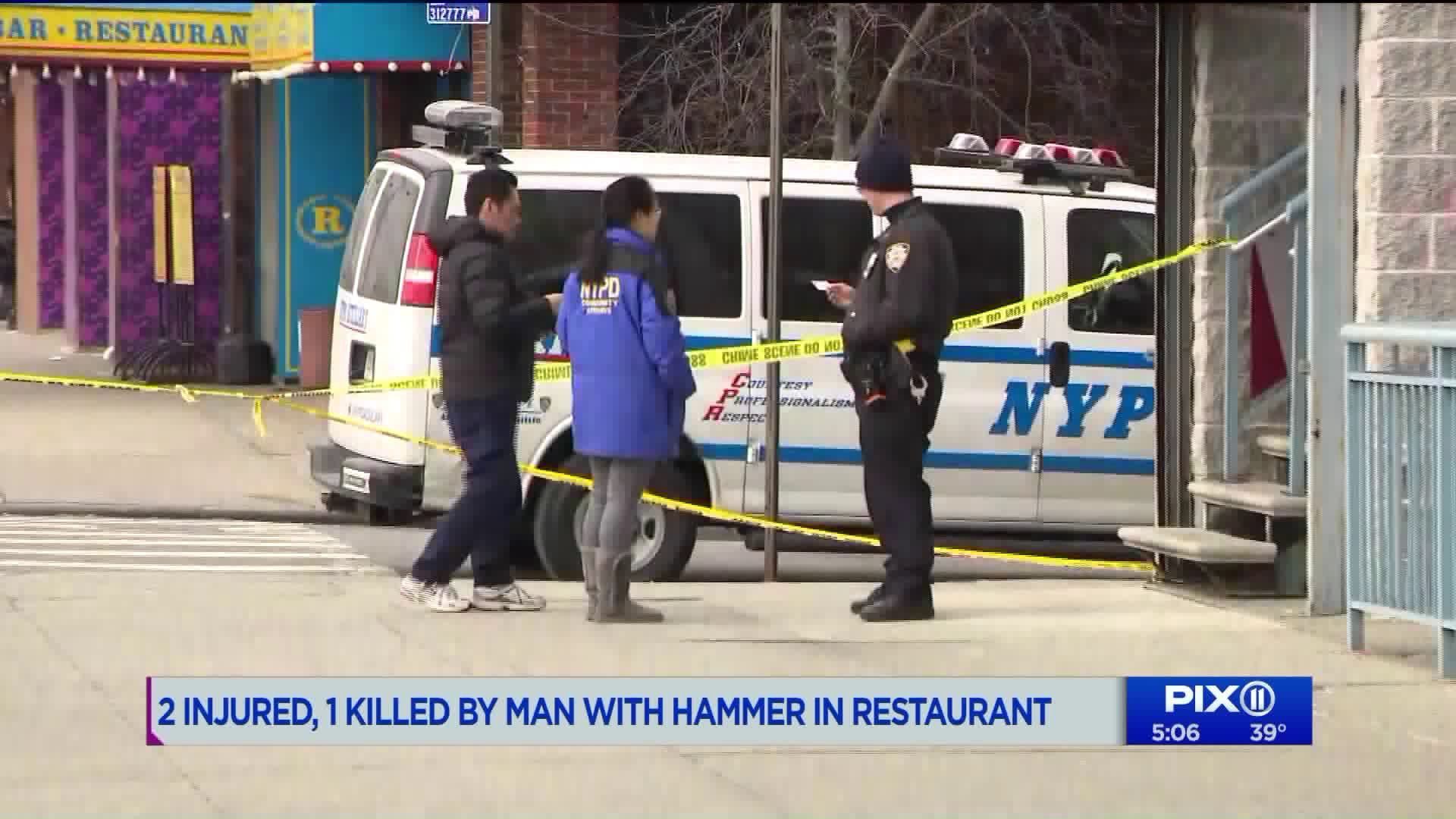 SHEEPSHEAD BAY, Brooklyn — One man is dead and two others injured in a Tuesday afternoon hammer attack in Brooklyn, police said.

The 34 year-old victim, later identified as Fufai Pun, the buffet's chef, was pronounced deceased at the hospital while the 60 year-old restaurant owner and 50 year-old manager remain in critical condition.

Martunovich was charged with one count of murder and two counts of attempted murder.

Randazzo says he saw the suspect looking in his restaurant windows on surveillance camera, minutes before he walked into the seafood buffet.

The attack was unprovoked and Martunovich was an emotionally disturbed person, police said.