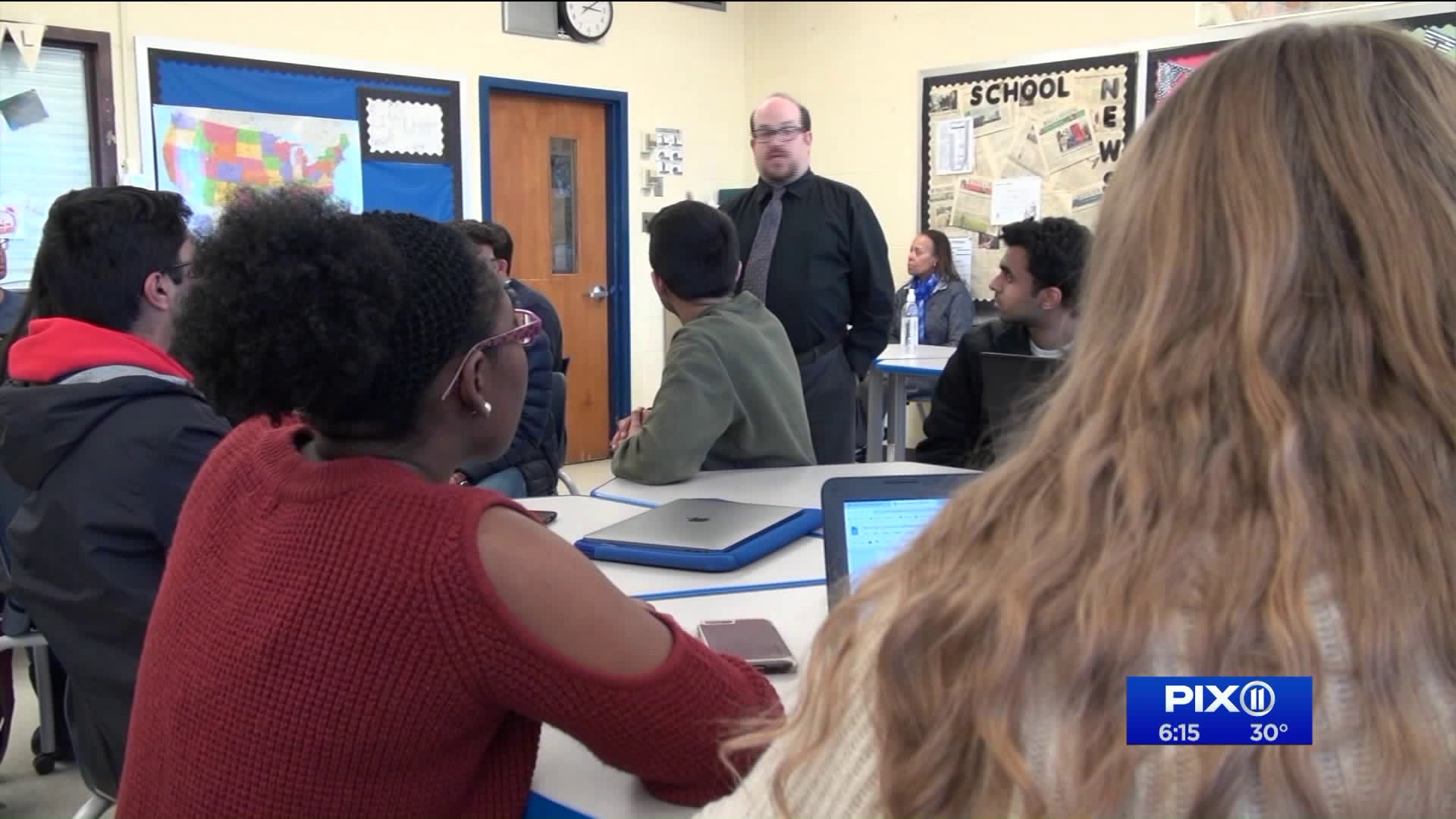 The students were learning about civil rights when they came up with an idea. They spent three years drafting and lobbying their bill.

HIGHTSTOWN, NJ — As the government shutdown rages on, a group of high schoolers from New Jersey have proven shown is possible down in Washington, D.C.

"The best we can tell, this is the first high school class in American history to have written a federal bill that became a national law," said their Hightstown High School honors government class teacher, Stuart Wexler.

Their push for change started in 2015.

"This began as just learning about the civil rights era," said Oslene Johnson, a former student still involved in the project.

Johnson and her classmates filed a Freedom of Information Act request for records tied to civil rights cold cases, such as the murder of Emmett Till - a 14-year-old lynched in Mississippi in 1955.

Students waited over 500 days for a response, but the pages they got back were heavily redacted.

"Many of these families haven’t had answers [about] who killed their loved ones and even what the motive was," said student James Ward.

"Our class realized that we needed to improve this process, improve the system in place so that we could actually get these documents," said another student.

About 80 students spent three years drafting and lobbying their bill.

"We actually had a whole social media campaign around the school going class to class," said a student.

Senator Doug Jones of Alabama and Congressman Bobby Rush of Illinois took up their cause.

"There are more than 100 unsolved civil rights cases out there," said Sen. Jones (D-AL) on the Senate floor.

"It sets up an independent review board that facilitates the release of these civil rights cold case files to the public," said Ward.

But their work is not done yet, now the students are pushing to get funding for their law and they’re urging lawmakers to appoint the review board members.

"This experience, it's so crazy," said Radhika Shah. "When you enter high school, you never really think that you can be apart of something that you've really been learning about since elementary school."