‘Miracle on the Hudson’: Passengers gather for 10th anniversary reunion 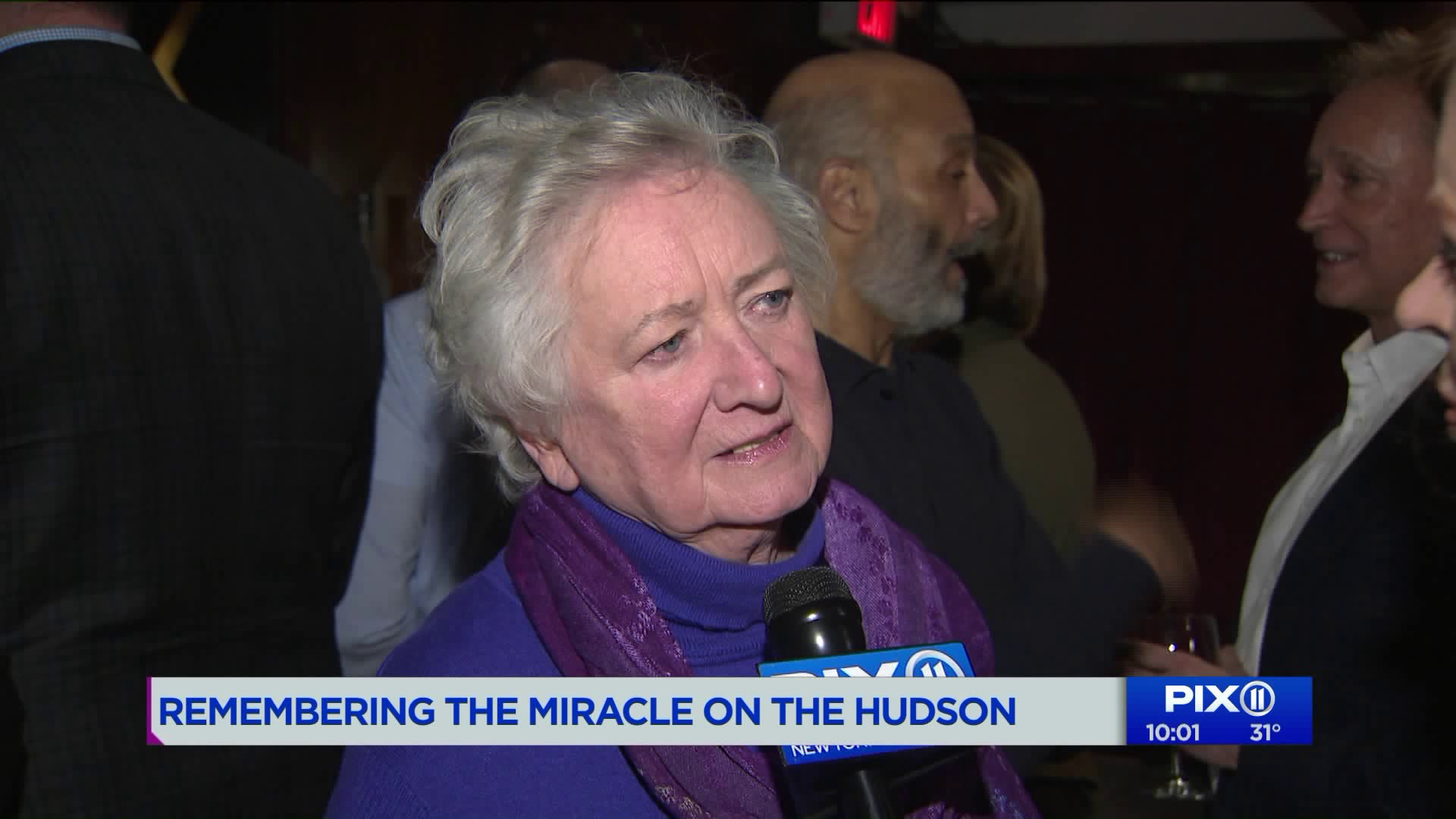 January 2019 marks the 10th anniversary of the "Miracle on the Hudson," when US Airways Flight 1549 lost both engines following bird strikes and was forced to ditch into the Hudson River, with no loss of life.

MANHATTAN — January 2019 marks the 10th anniversary of the "Miracle on the Hudson," when US Airways Flight 1549 lost both engines following bird strikes and was forced to ditch into the Hudson River, with no loss of life.

On Saturday, about 60 people including passengers, crew members and first responders who are all part of the 'Miracle on the Hudson' got together for an annual dinner at Coppola's East on 3rd Avenue.

“This is like a second family,” Beth McHugh, a passenger on Flight 1549, said to Pix 11 News. “We’re the only people on this earth with this shared experience."

Most of the passengers are from Charlotte, North Carolina, where the US Airways flight was heading before it had to make an emergency landing on the Hudson.

The private dining room at Coppola’s was filled with people with so many stories to tell.

There were first responders like the captain of the first vessel on the scene who rescued 56 people, as his three-year-old daughter watched on TV.

“They just dropped out of the sky, we had no idea where they came from,” Tom Sullivan, a retired FDNY firefighter, told PIX11. “They said we just left Laguardia.”

The biggest hero of them all, Capt. Chesly “Sully” Sullenberger, was not at the 10th reunion dinner, but he is expected to be at the big celebration in Charlotte.

Some of the 155 passengers aboard the plane believe that Capt. Chesley “Sully” Sullenberger was “guided by angels” as he safely landed the jet on the river.

Capt. Sully was formally a fighter jet pilot for the United States Air Force. Sully has gone on to author a book and has become an international speaker on aviation safety.