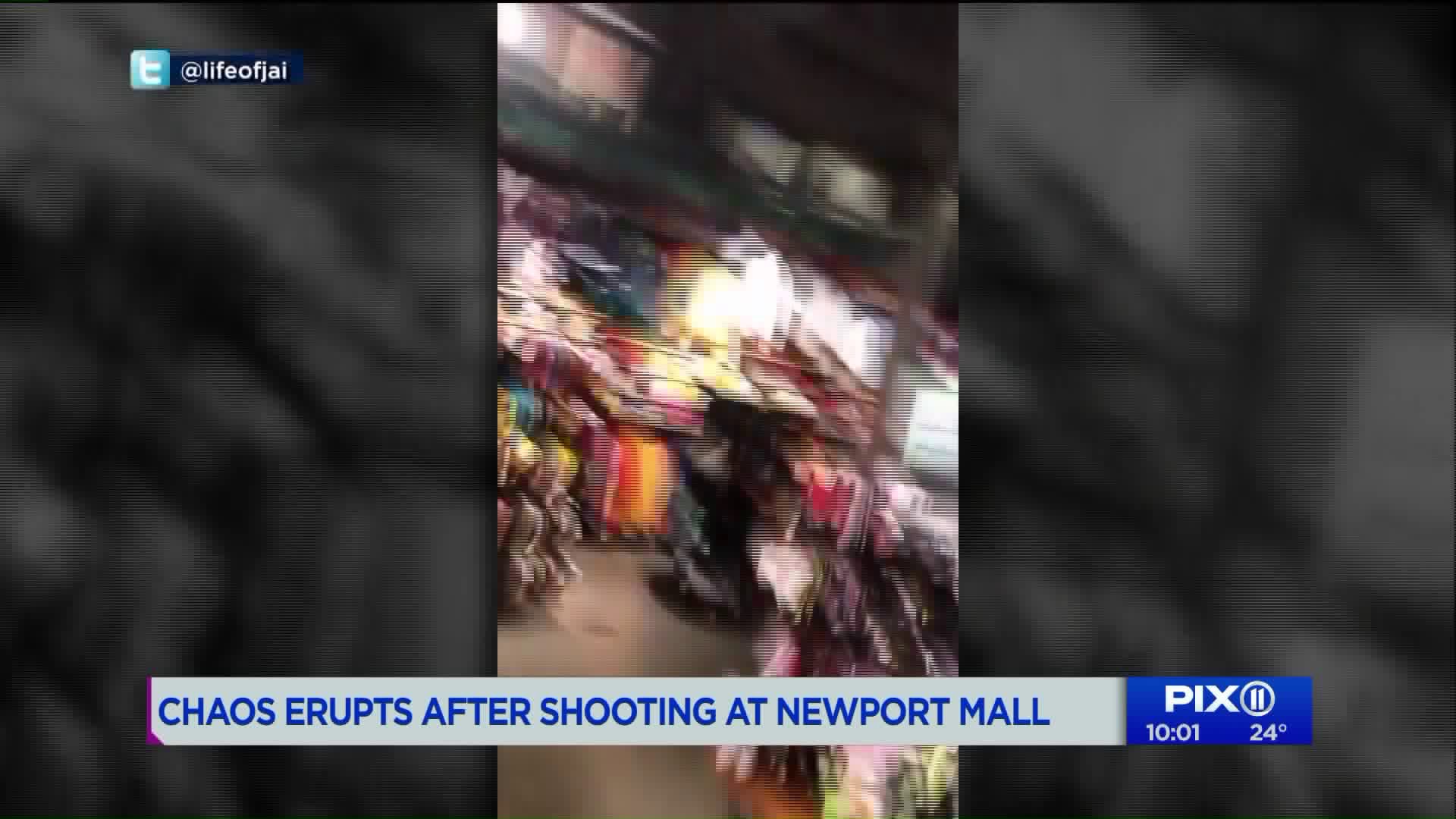 Two people were wounded after a shooting erupted inside a Jersey City mall, prompting an immediate lockdown, according to police.

JERSEY CITY, N.J. — Two people were wounded after a shooting erupted inside a Jersey City mall, prompting an immediate lockdown, according to police.

The shooting, which happened at about 6 p.m. at the Newport Centre mall, was targeted and a result of a fight between at least two men, police said.

The victims, who are now in custody, were known to police and a search warrant was out for one of them who was allegedly involved in a separate shooting on Wednesday on Grant Avenue, also in Jersey City.

Police say the two men took themselves to the hospital—one suffered a gunshot wound to his stomach and the other to his arm.

Frightened shoppers ran inside stores after hearing shots and hid inside before police cleared everyone out.

Melinda Calaff spent two hours inside Victoria Secret when the mall was placed on lockdown as she and 30 other customers waited for answers.

"I think reality hit when they put down the gates and shoved us all into the back room," Calaff said. "People were crying... it was horrible."

Police are now examining surveillance video to figure out if there was anyone else involved.

Friends, Harry and I were in the Newport mall tonight, not 20 minutes ago, when we heard gun shots. People screaming. We hid in the back of the store until the quick-thinking employees let us out of the store through a back way.

SHOTS FIRED AT NEWPORT MALL! Everyone please steer clear of the mall! We have not got word on if the shooter is still inside or not! pic.twitter.com/XGEJQxXNr8

I DARE SOMEONE TO TELL ME ITS TOO SOON TO TALK ABOUT IT. SCREAMING AND CRYING PEOPLE. INJURY AND DEATH. HYSTERIA AND GRIEF. THIS IS WHAT GUN VIOLENCE BRINGS. pic.twitter.com/gA2pbGD5ay

WATCH: Authorities give an update: