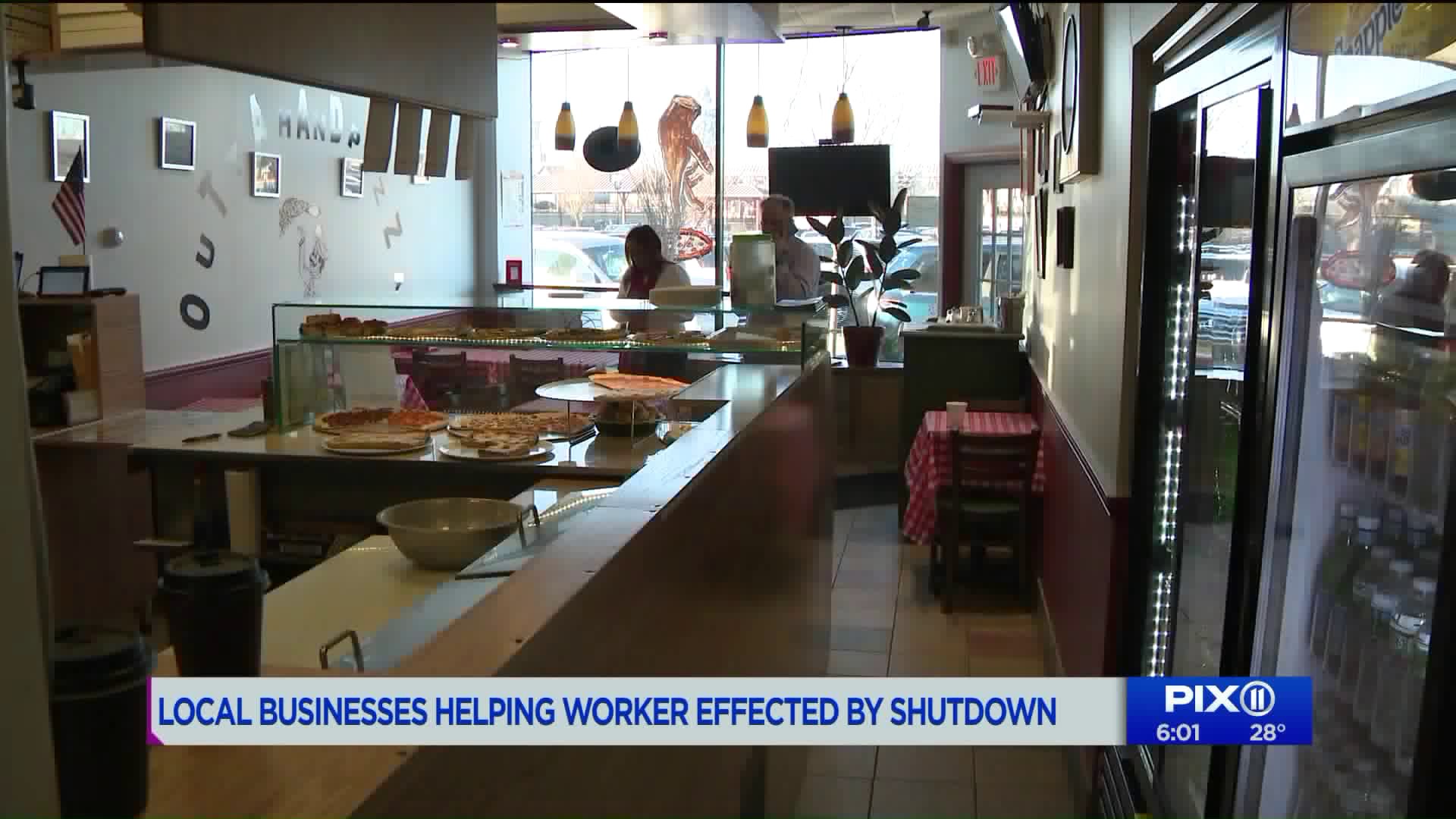 New Jersey base coffee shop `Hidden Grounds` has several locations throughout the area.Owner Anand Patel said all of his shops will be brewing-up complimentary coffee for those federal workers who are temporarily out of work because of the shutdown.

New Jersey based coffee shop Hidden Grounds has several locations throughout the area.

Owner Anand Patel said all of his shops will be brewing-up complimentary coffee for those federal workers who are temporarily out of work because of the shutdown.

“If you’re going to use the resources that are provided by government, when this kind of stuff happens, you should pick up the slack for them." Patel said.

In Westfield,  New Jersey, Burim Regjaj is the owner of the popular eatery called Outta Hand Pizza.  Regjaj is another business owner who wants to take care of his community.  His goal, to make sure those families impacted by the shutdown don’t go to bed with an empty stomach.

Regjaj decided to offer one or two free meals a week to those families.  He said the offer will be available every week until the government reopens.

"A couple with three children asked is there anyway you can help us?  They ask what do I have to do?  I said you don’t have to do anything," Regjaj said.

Carnicia Collins of Summit did not receive her paycheck from Uncle Sam this week. The mother of three young children is on active-duty with the Coast Guard.  Her wife Nina Collins is frustrated.  She feels Americans are being treated as political pawns.

“This isn’t fair to people who are sacrificing their lives and their family and livelihood and going to work and not seeing a paycheck," said Nina Collins. " Bottom line it’s not fair.”

Patel and Regjaj hope other business owners will follow their lead.