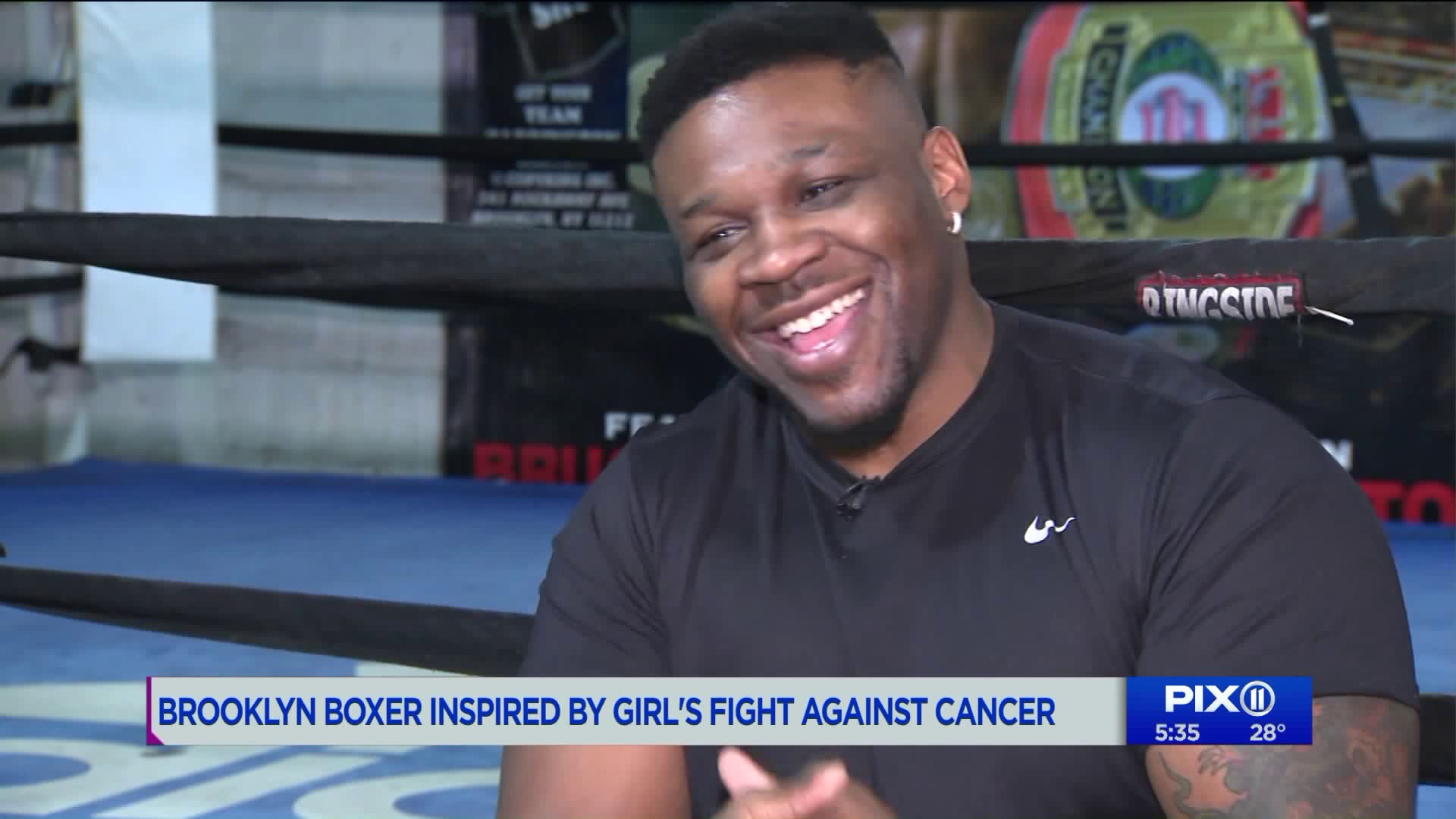 Jarrell "Big Baby" Miller is one of the top contenders in boxing`s heavyweight division. The undefeated Brooklyn native is getting ready for his third fight in four months coming up at Madison Square Garden on January 18.

BROOKLYN -- Jarrell "Big Baby" Miller is one of the top contenders in boxing's heavyweight division. The undefeated Brooklyn native is getting ready for his third fight in four months coming up at Madison Square Garden on January 18.

"I'm going to go in there and rip his head off. But have fun doing it with a smile on my face," Miller said.

His trainer Aureliano Sosa says that killer instinct and disarming smile sums up the dual nature of Big Baby inside and out of the ring.

That's probably why Miller hit it off with 12-year-old Lilly Weaver when the two met at a benefit for cancer research.

Weaver was diagnosed with a rare form of pediatric cancer. Doctors gave her just a one percent chance for survival.

"I fight in the ring and then I get time to relax. Her fight is everyday 24/7," Miller said. "So always being around her and being able to get a text for her is always inspiring."

Weaver has inspired Miller over his past few fights, even leading him into the ring on one occasion. And Big Baby has become a big brother, visiting the Maryland native before her prom.

But nothing like the problems he causes in the ring. Once the bell rings, Miller flips a switch, drawing on his childhood experiences to get ready for his fight.

"My best sports psychologist is taking a walk through Bedford-Stuyvesant or East New York," he said. "That's the best, like yeah I'm definitely not going back to that apartment."

That's why Miller is mentioned as the top contender for the heavyweight title against fighters like Deontay Wilder and London's Anthony Joshua.

"Put it this way, the cops in London don't have no guns. There's a big difference between London and New York and Brooklyn, big difference."

But Sosa says he won't let Big Baby look past anyone he steps in the ring with.

"If you talk the talk, you got to walk the walk," Sosa said. "And Jarrell does it."