Exclusive: Mother of Paterson man who died after begging police for water speaks to PIX11 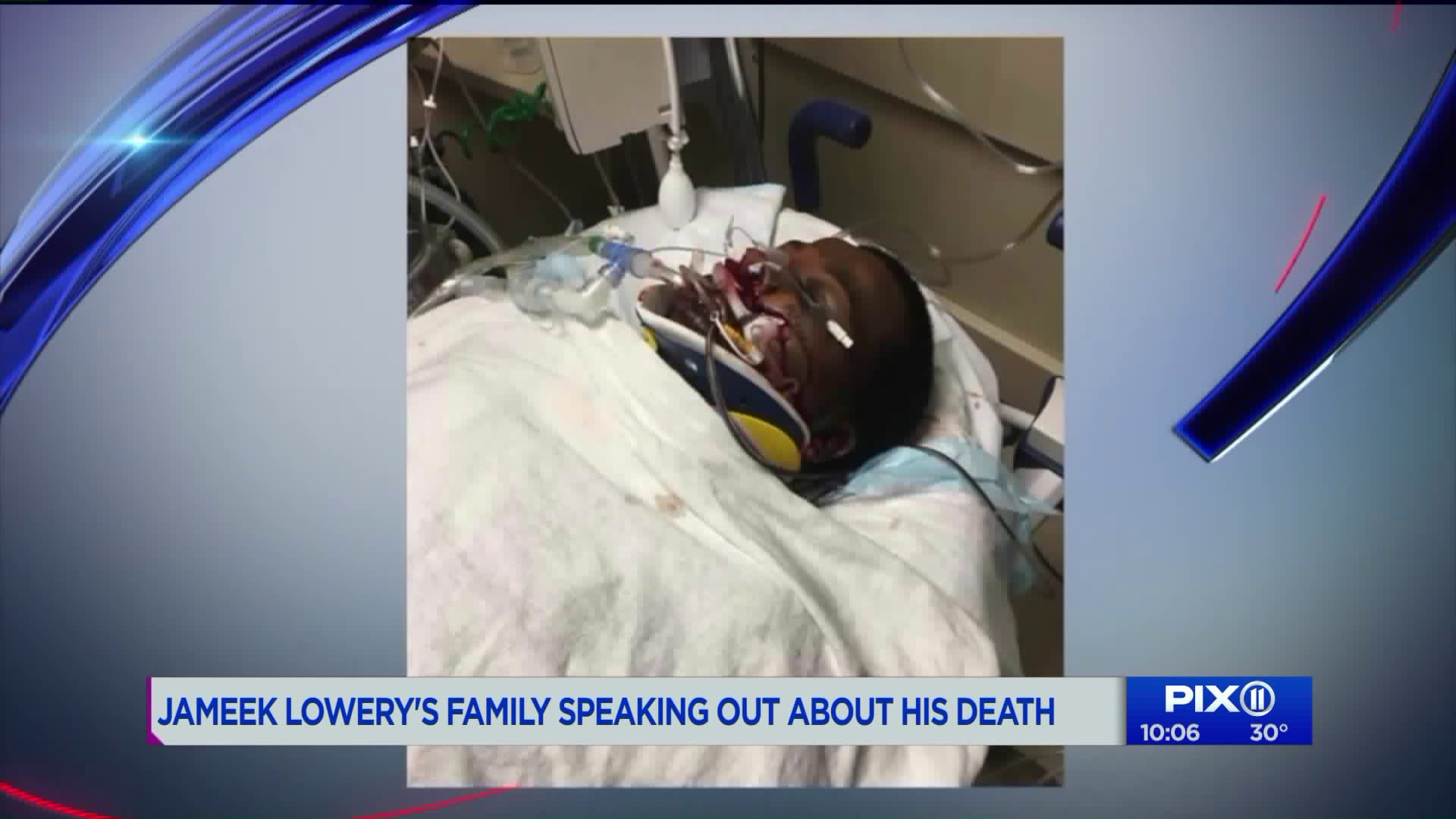 Jameek Lowery's relatives say they were blindsided by unconfirmed reports a bacterial meningitis infection may have contributed to, or even caused the Paterson's man`s death.

The mother of a Paterson man who died after begging police for water earlier this week speaks to PIX11 reporter Jay Dow. Watch live in video above.

NEW YORK — The mother of a Paterson man who died after begging police for water earlier this week spoke live to PIX11 on Thursday.

The interview comes less than 24 hours after sources said Jameek Lowery died of of spinal meningitis.

The 27-year-old’s death sparked protests when Facebook Live video on Saturday emerged showing an incoherent Lowery arriving at Paterson Police Headquarters, foaming at the mouth and begging officers for water. He was dead 48 hours later.

His death set off a firestorm of criticism over how police handled the situation, with some of Lowery’s family members claiming that he was beaten up before he died. No hospital records have surfaced to indicate this happened. Paterson police officials said they followed protocol.

Officials has suggested people who came in contact with Lowery go to St. Joseph’s to be tested for signs of spinal meningitis.