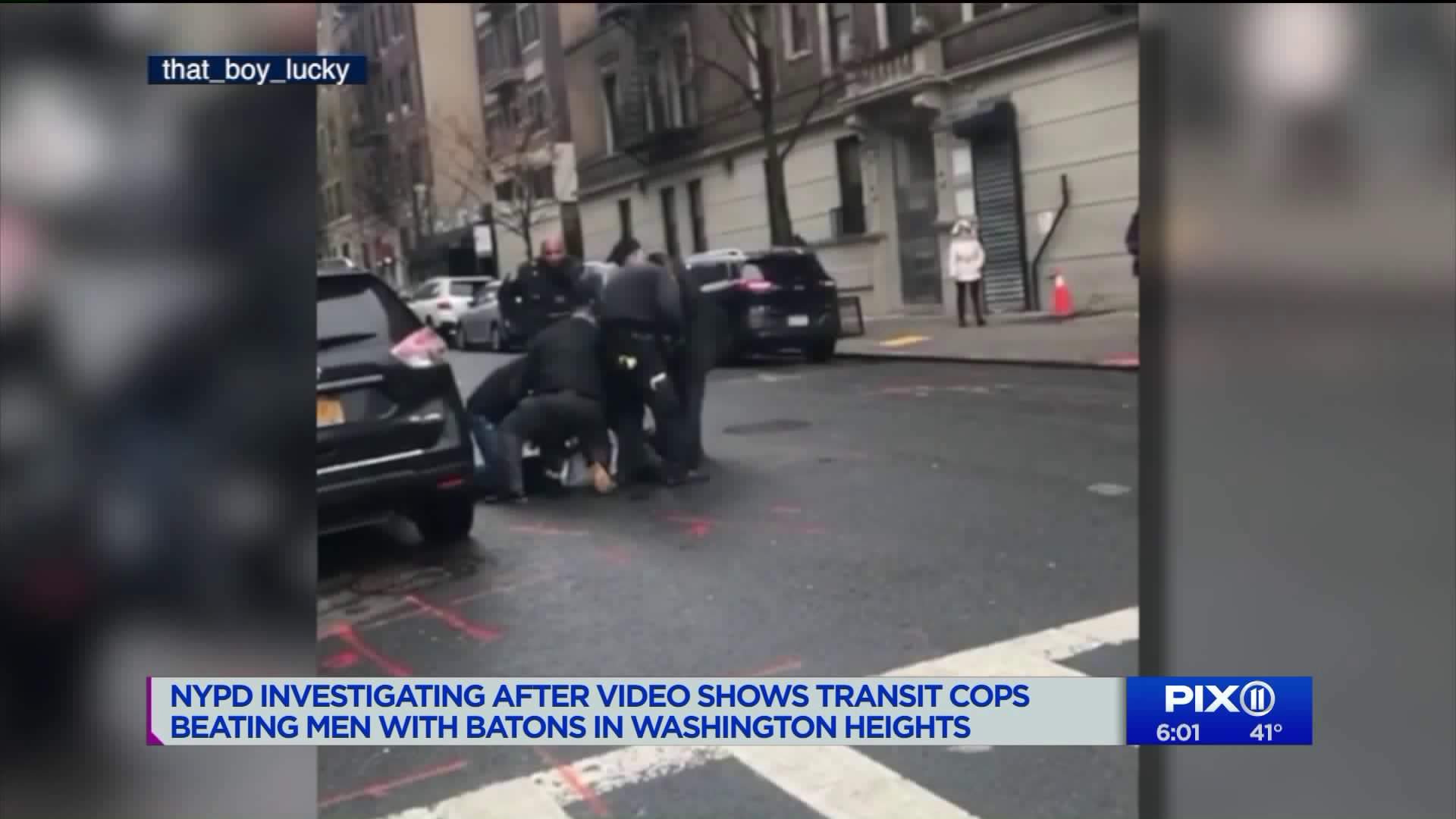 According to police, both men injurd the cops prior to the video. 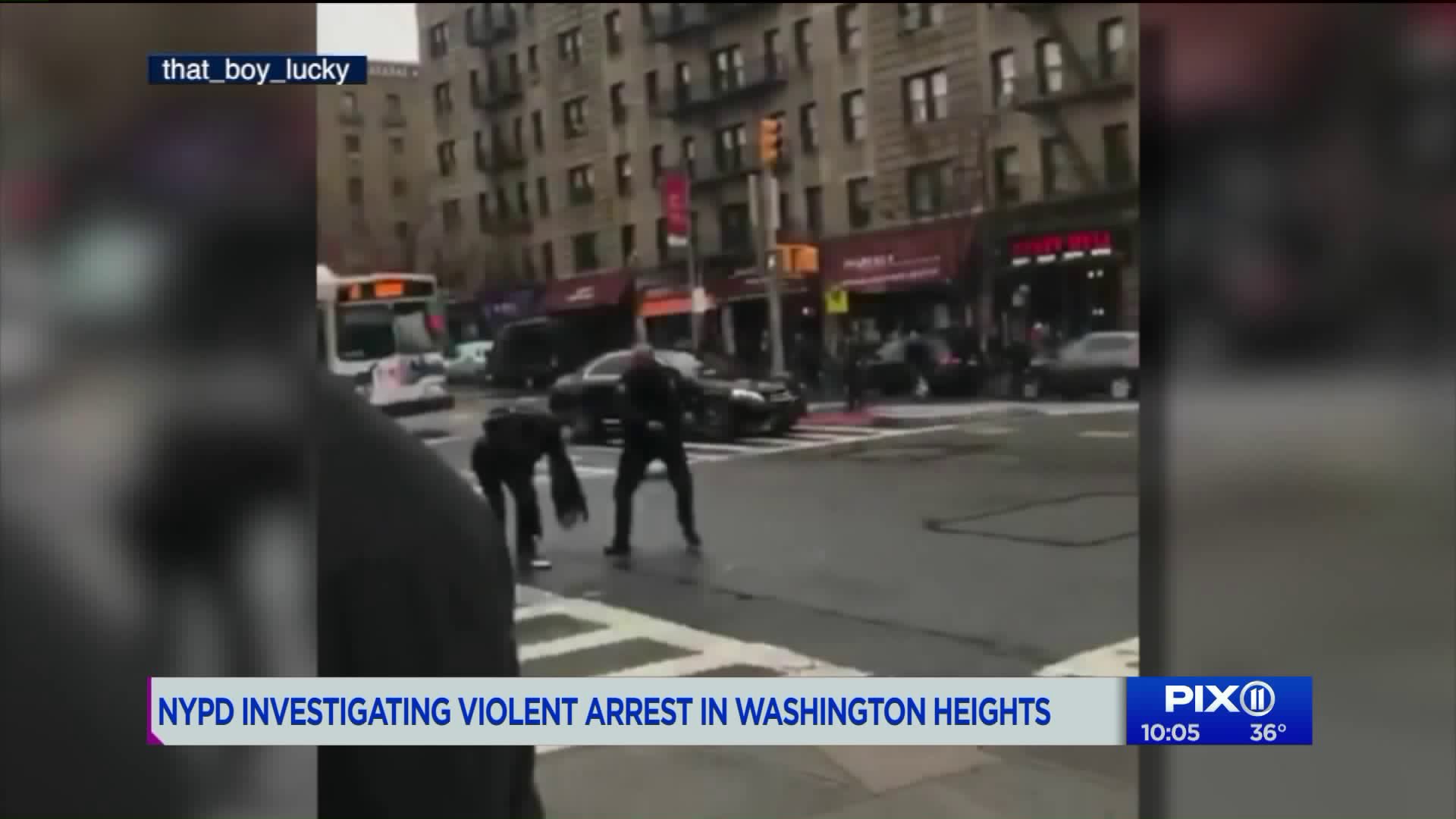 WASHINGTON HEIGHT -- A wild scene unfolded in broad daylight at the corner of Broadway and 169th Street in Washington Heights when police officers repeatedly kicked and struck two people who were resisting arrest.

At the beginning of the video you see an officer take out his baton and swinging it at one of the two individuals.

While one of the individuals is on the ground, two detectives and an off-duty officer appear in order to help with the arrests.

But even when the individual appears to be restrained, the officers continue to strike the man on the ground.

According to police, the two are a known nuisance to the neighborhood.

They were asked to leave the 168th Street subway stop after riders complained that the duo was harassing people and smoking on the stairs leading to the subway platform.

When they refused, the officers tried to place them under arrest but they fled out into the street.

“...What the video doesn’t show is that these perps — one of whom has been previously arrested for assaulting a police officer — threw a haymaker at the cops once they got above ground, necessitating the use of force to bring them into custody....”

Aaron Grissom, 36, and 37-year-old Sidney Williams face an array of charges including felony assault on a police officer, resisting arrest and disorderly conduct.

According to police, both suspects injured two of the officers prior to the video. Those two uniformed officers had to be transported to the hospital.