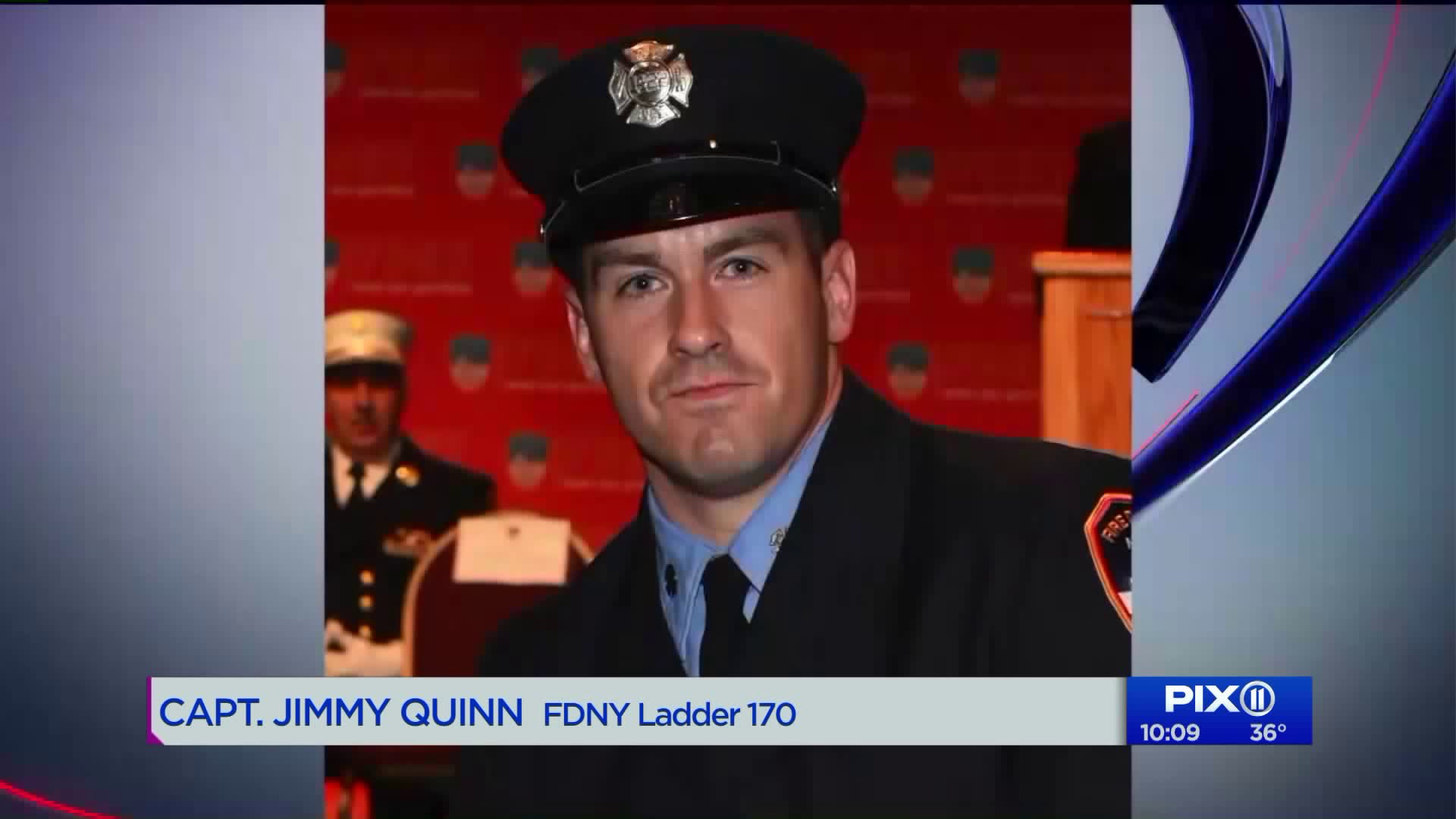 Steven Pollard, a 30-year-old firefighter who had followed his father and brother into the FDNY just a year and a half ago, fell 52 feet as he tried to climb between a pair of low concrete barriers separating travel on Brooklyn`s Belt Parkway.

NEW YORK  — Members of the FDNY gathered at a wake Wednesday night to honor a New York City firefighter who fell to his death over the weekend when he slipped through a narrow gap between lanes of a newly built bridge while trying to reach the victims of a car crash.

Steven Pollard, a 30-year-old firefighter who had followed his father and brother into the FDNY just a year and a half ago, fell 52 feet as he tried to climb between a pair of low concrete barriers separating travel on Brooklyn's Belt Parkway.

Working in the dark, wind and cold at around 10 p.m., he may not have been aware that the eastbound and westbound lanes of the bridge are separated by a few feet of empty space.

"It's a terrible loss for the department. To lose a member, just at the beginning of his career like this, is devastating to us," Fire Commissioner Daniel Nigro said at a news conference early Monday with Mayor Bill de Blasio.

Firefighters lined up outside Kings County Hospital early Monday and stood at attention as Pollard's body was taken away.

"This is a family who has done so much for New York City and now they're going through this loss and this pain," de Blasio said. "It's a very, very tough situation."

The accident happened on the Mill Basin Bridge, which crosses over a channel at the edge of Jamaica Bay. The drivers of the two cars involved in the initial crash only suffered minor injuries, police said.

The bridge recently underwent a reconstruction in which the span was entirely replaced in two stages. The eastbound and westbound sides of the bridge were built and opened at separate times, resulting in the narrow gap between them. Details on how Pollard fell were still being investigated. He fell on a portion of the bridge that is still over land.

Pollard is the 1,151st member of the FDNY to die in the line of duty, the statement said. The last fatality came in March, when Michael Davidson died during a fire that broke out in a Harlem building being used for filming for the upcoming movie "Motherless Brooklyn."

Police Commissioner James O'Neill tweeted early Monday that his department sends its condolences to the family, friends and colleagues of the firefighter who fell Sunday night. "#NYC will never forget your sacrifice," the tweet read.