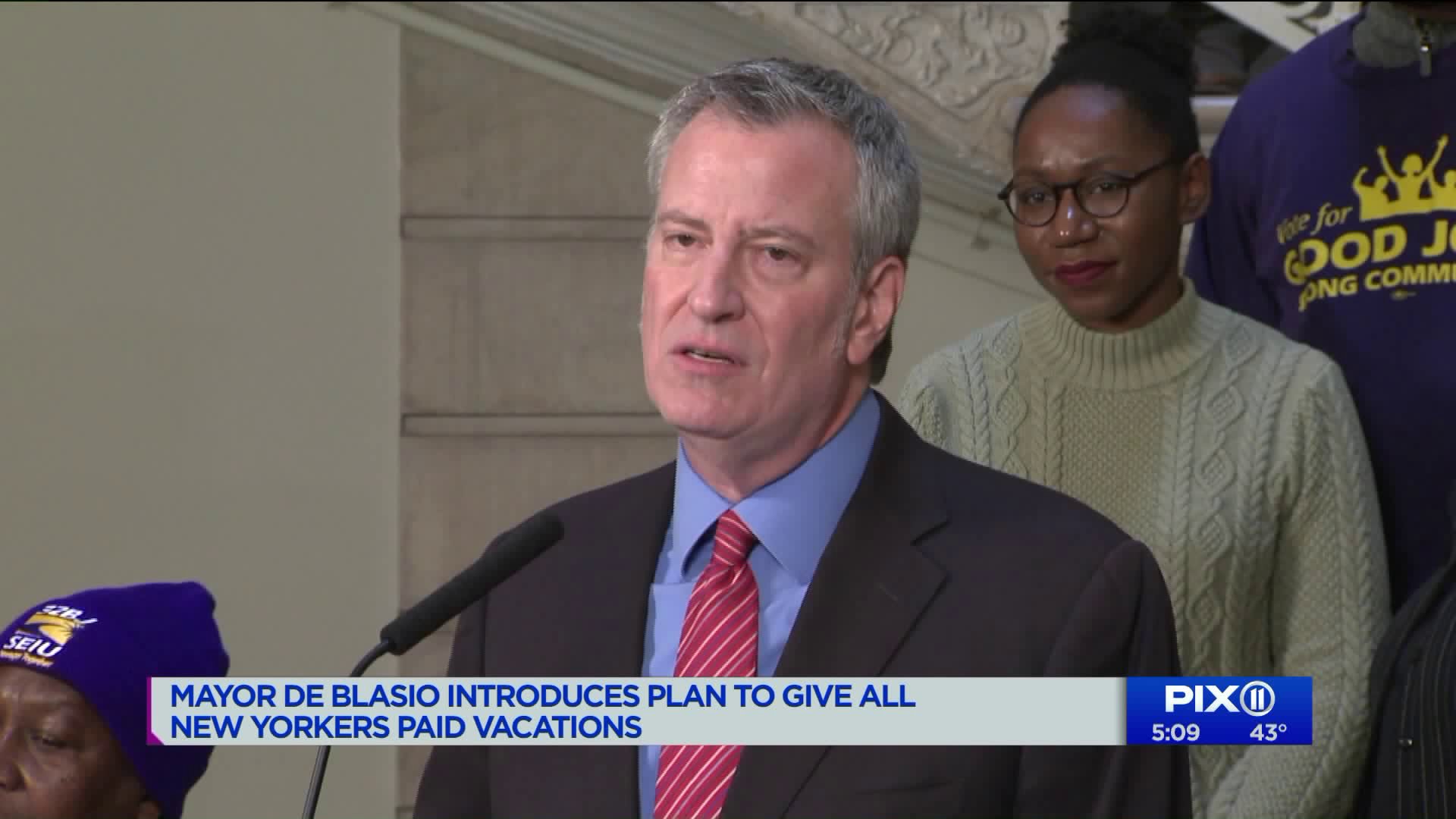 The plan would require private employers with five or more employees to offer 10 annual days of personal paid time, which can be used for any purpose, including vacation and religious observances. More than 500,000 full-time and part-time employees currently have no paid time off.

The plan would require private employers with five or more employees to offer 10 annual days of personal paid time, which can be used for any purpose, including vacation and religious observances.

More than  500,000 full-time and part-time employees currently have no paid time off.

If the plan is approved, New York City would be the first city in the nation to mandate paid personal time off for workers.

“Workers across the nation have been working too hard without enough time to rest and recharge or enough time for family and important life events. Every other major nation recognizes the necessity of Paid Personal Time. We as a country must get there, and New York City will lead the way," de Blasio said.

"To be the fairest big city in America, New Yorkers can't be forced to choose between bringing home a paycheck and taking time off to just disconnect or spend time with loved ones – that choice ends with Paid Personal Time. I look forward to working with Council Speaker Corey Johnson and the rest of City Council on this important piece of legislation.”

The United States is the only industrialized nation that does not mandate paid time off, including paid holidays. Countries including France, the United Kingdom, Australia and Canada offer paid time off.

The policy is expected to benefit hundreds of thousands of New Yorkers from a wide range of industries.

The announcement comes one day after de Blasio announced the city would guarantee “comprehensive health care” to every resident, regardless of his or her income or immigration status.

He said that the city will expand its MetroPlus health care program for lower income New Yorkers to cover all New York City residents, whether or not they're in the country legally. Right now, according to city health department statistics, some 600,000 residents rely on emergency rooms as their source of primary care. About half of that number, or 300,000 New York residents, are undocumented.