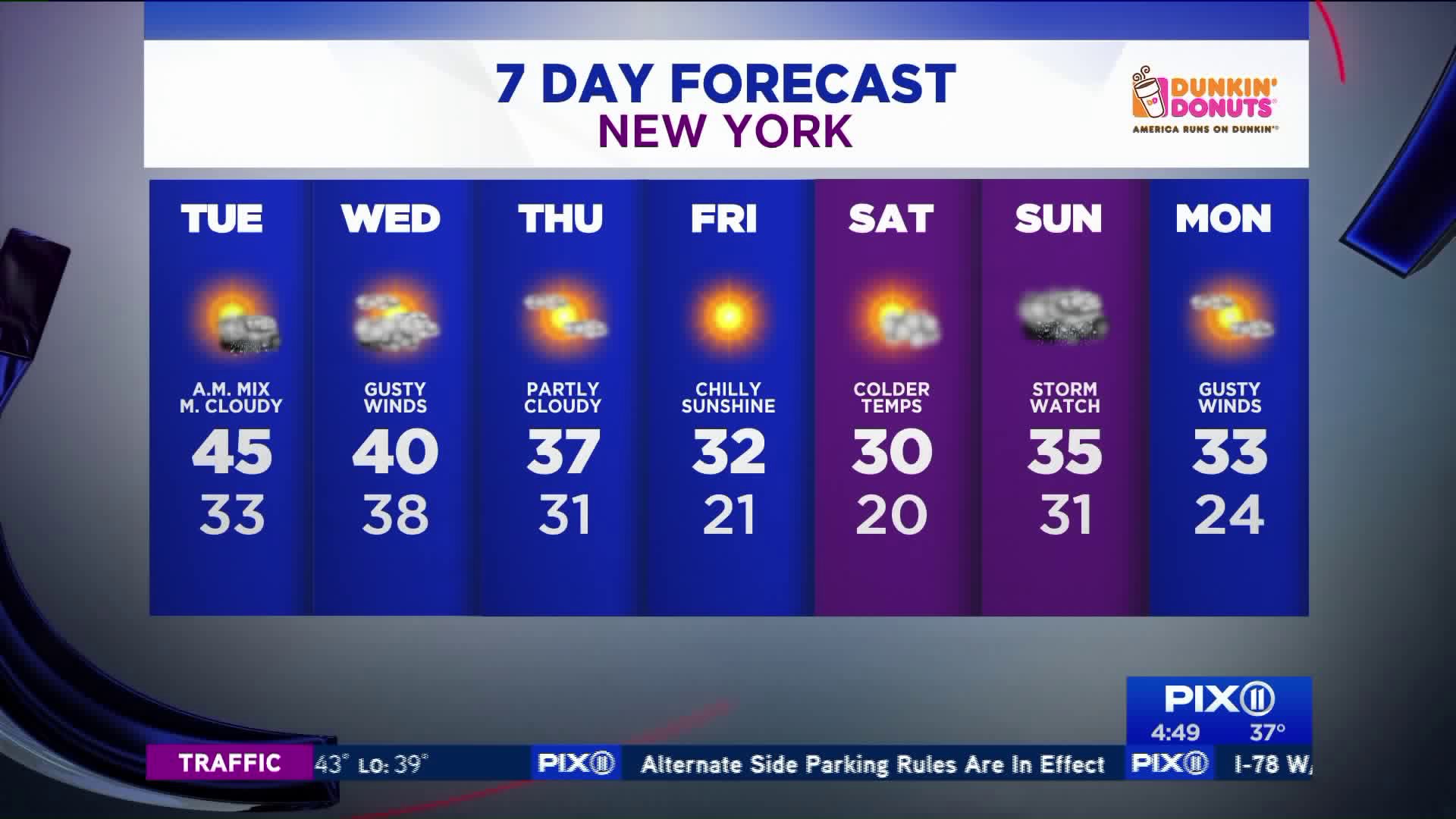 The rain and sleet prompted dozens of schools to delay openings as the commute in some areas could be slippery and dangerous.

A winter weather advisory was in effect for much of the tri-state early in the morning, but was canceled by 7:15 a.m. for southern sections.

The advisory continues through 10 a.m. for northern areas of New York, including the Schoharie Valley, eastern Catskills, mid Hudson Valley and Taconics.

Highs Tuesday should reach the mid 40s in the suburbs and 45 degrees in NYC — warmer than Central Park’s normal high of 38 degrees on this day.

Expect a gradual cooling the remainder of the week, as highs dip to 40 degrees in the city Wednesday. Temperatures will lower to the week’s coldest day on Saturday, when highs only reach 30 degrees, and lows plunge to 20.