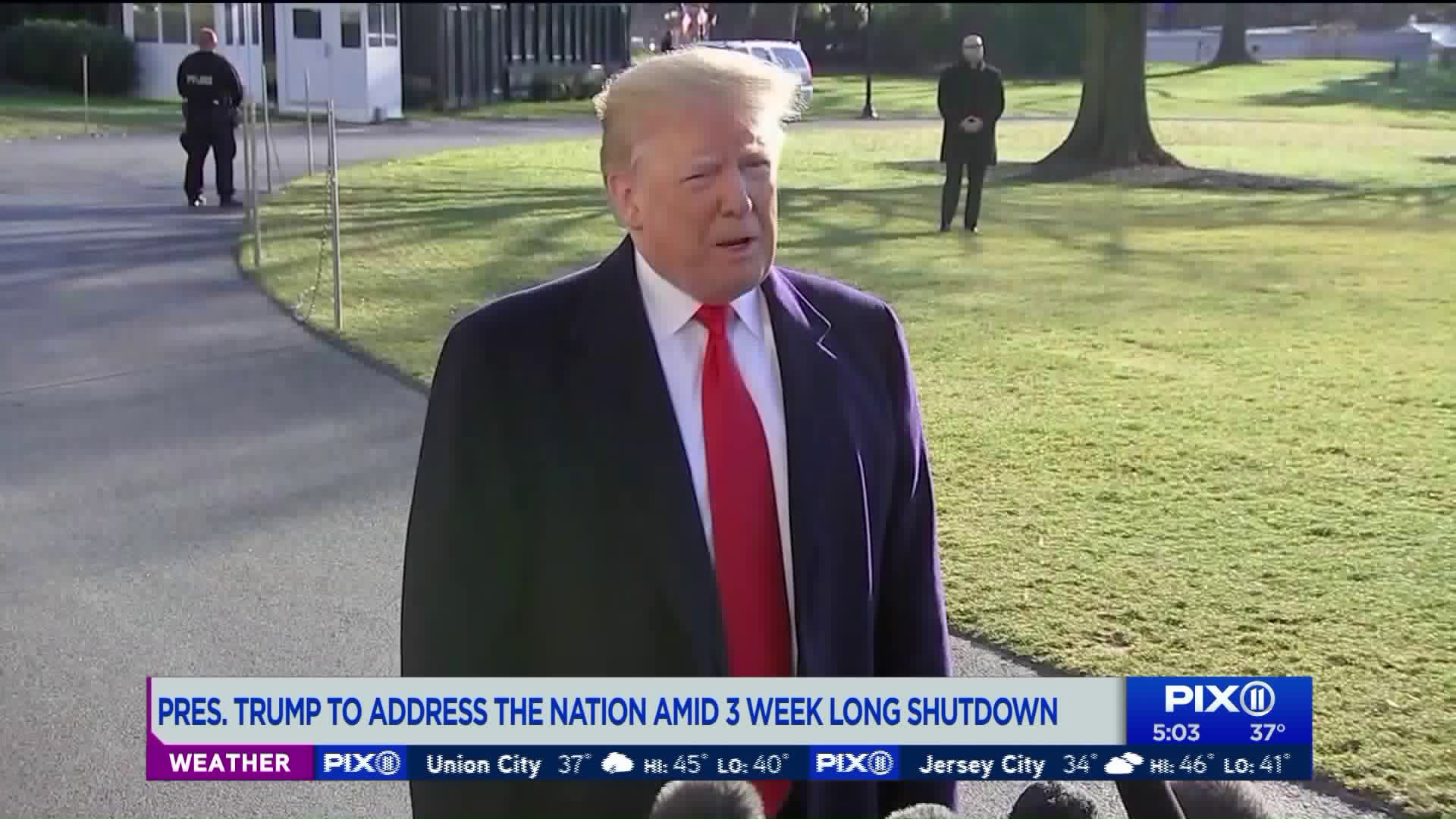 President Donald Trump will seize the power of the bully pulpit this weekamid the ongoing government shutdown, making his case for border wall funding in a prime-time Oval Office address that he will quickly follow up with a visit to the southern border.

President Donald Trump will seize the power of the bully pulpit this week amid the ongoing government shutdown, making his case for border wall funding in a prime-time Oval Office address that he will quickly follow up with a visit to the southern border.

The back-to-back events reflect a new attempt by the President to cast the deadlock over immigration as a national security crisis, a characterization that Democrats reject but which the President's aides believe will bolster support for a border wall.

The President tweeted he will "address the nation" Tuesday at 9 p.m. ET "on the Humanitarian and National Security crisis on our Southern border," two days before he is scheduled to visit the border. Trump indicated to aides over the weekend that he was interested in delivering a prime-time address to call attention to the issue, but it was not immediately clear whether TV networks had agreed to clear airtime for a presidential address.

Trump's Monday afternoon tweet about his plans to address the country come as the government shutdown begins its third week, with Trump and congressional Democrats at an impasse over Trump's demand for nearly $6 billion in federal funding to build a wall on the southern border.

A White House official said Trump wants to make his case about the government shutdown and wall funding in advance of Thursday's border trip.

On Friday, CNN reported that hundreds of TSA screeners have called out from their shifts from at least four major airports since the shutdown began in December. One federal official dubbed it a "blue flu," nodding to the blue shirts worn by TSA officers, while union officials say officers can't afford to work unpaid.

In response to the increase in call outs, TSA is starting to track absences on a national level, according to the source who listened in. Officials asked the agency's regional leaders to provide suggestions for how to incentivize employee attendance. Some airports are granting future time off as an incentive, according to one of the sources.

New Jersey's two U.S. Democratic Senators Cory Booker and Bob Menendez will visit Newark Airport Tuesday vowing to stand with thousands of federal TSA workers in NJ who are living without a paycheck.

Nationwide, 800,000 workers from national parks to airport security are in the same situation.