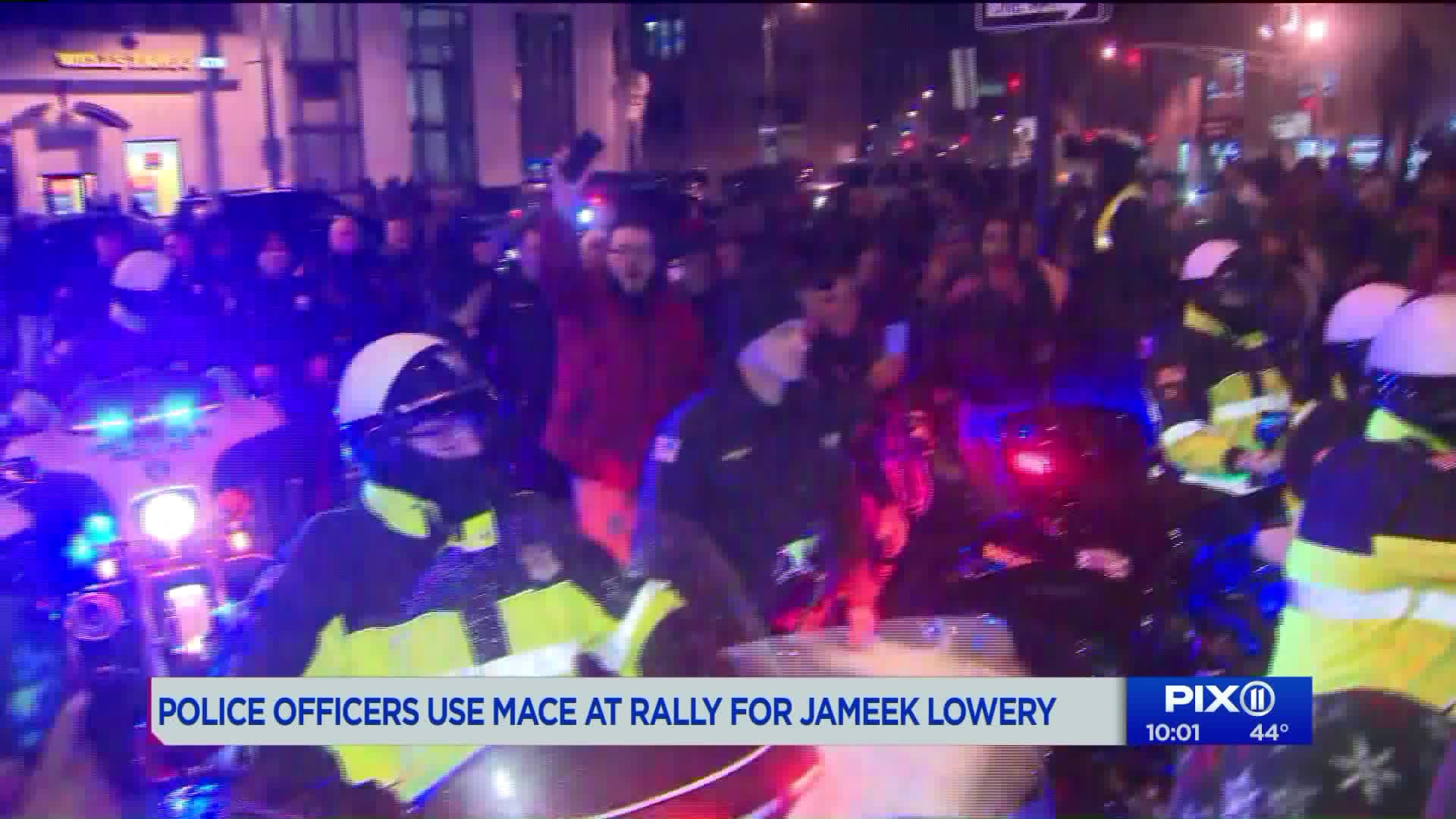 Video was posted showing 27-year-old Jameek Lowery, as he walked into Paterson Police Headquarters Saturday morning, sweating profusely, foaming at the mouth and at times incoherent, asking for help and for water.

PATERSON, N.J. -- An investigation by the Passaic County Prosecutor’s Office is underway into an incident involving a Paterson man who begged police for water, then died less than 48 hours later.

Video was posted showing 27-year-old Jameek Lowery, as he walked into Paterson Police Headquarters Saturday morning, sweating profusely, foaming at the mouth and at times incoherent, asking for help and for water.

In the video,  Lowery asks for water multiple times, but officers say, "We're not allowed to."

"He asked for water. They deny him water. Why couldn't you give him water? Why didn't they help him?" said his mother, Patrice King. "All I wanna know is why you didn't help my son."

On Tuesday, what began as an organized rally for Lowery outside Paterson City Hall, quickly erupted into chaos.

But as the crowds got out of control, many of the protesters were maced by police.

The crowd said they just want justice for Lowery who they believe could have been saved if police officers would have given him water.

Police sources said the officers followed protocol because they are not supposed to give water because, according to them, it may harm the individual. But the family said the officers' response was inadequate.

According to authorities, the Paterson Fire Department first responded to a 911 call from Lowery at 2:47 a.m. requesting an ambulance for himself at 135 Godwin Ave.

The ambulance arrived at 2:57 a.m. to transport Lowery to St. Joseph’s University Medical Center. Less than an hour later, at 3:44 a.m., Lowery called 911 again from the Wendy’s Restaurant on Broadway.

He then walked to the Paterson Police Headquarters at 111 Broadway and requested assistance, including water.  Police said they were not allowed to give him water and called for an ambulance at 3:47 a.m.

Lowery was transported again to St. Joseph’s University Medical Center where he died within 48 hours.  Results of toxicology and autopsy reports are pending.

“Per initial reports and information, police used physical force and compliance holds to secure Mr. Lowery in the ambulance. Hospital records indicate no acute trauma…the transportation from headquarters to the hospital took approximately five to twelve minutes. Upon arrival at the hospital, Mr. Lowery was unresponsive.”