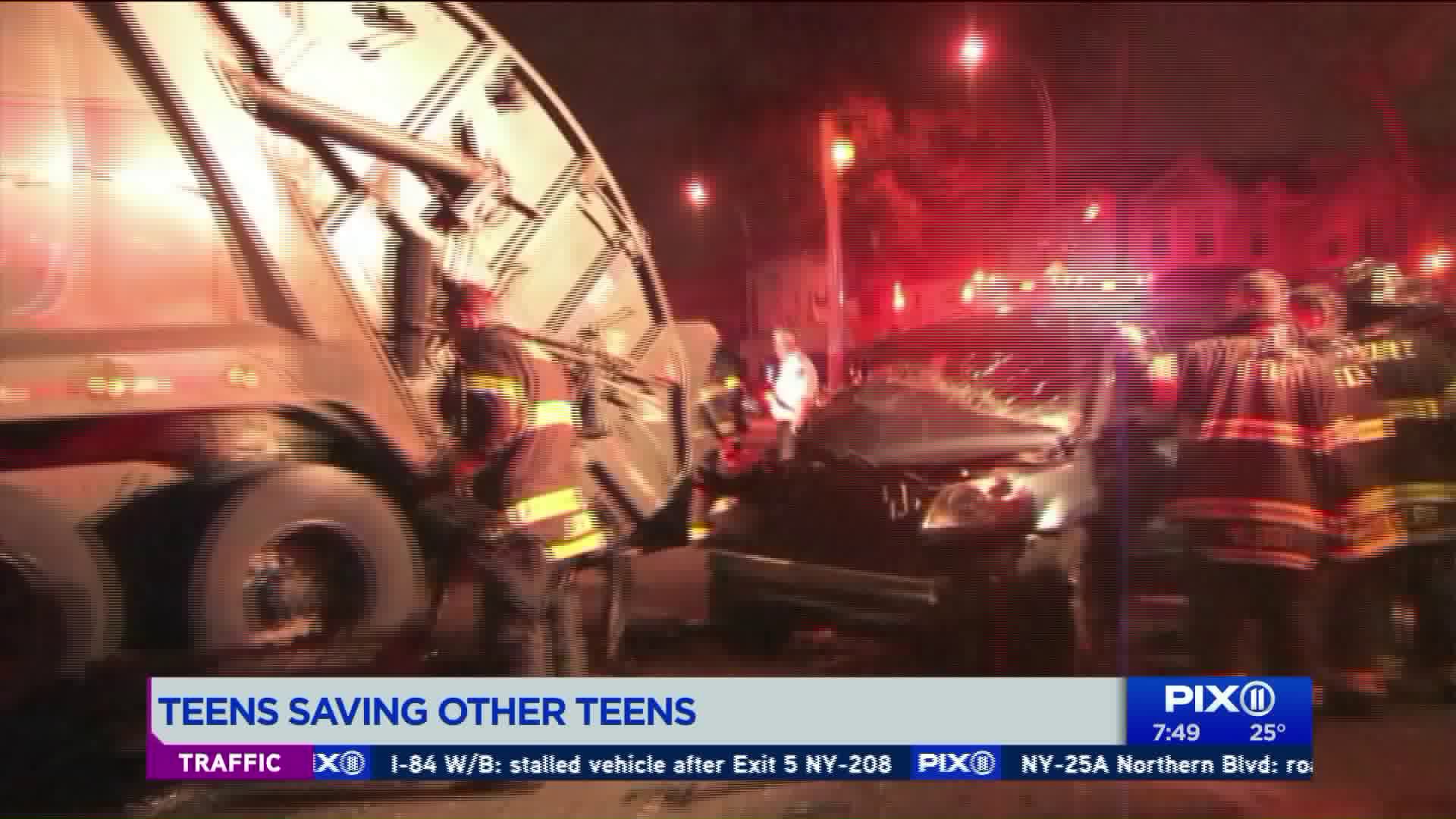 A new program on Long Island is aimed at preventing drunk driving deaths, which claim more than 10,000 lives a year.

Every day, almost 29 people in the United States die in alcohol-impaired vehicle crashes—that's one person every 50 minutes in 2016.

Drunk driving fatalities have fallen by a third in the last three decades; however, drunk driving crashes claim more than 10,000 lives per year.

A teen prevention program on Long Island, known as Choices and Consequences, is using convicted offenders to turn the tide. The effort is to reach the youngest drivers to prevent even one more death.

“My girlfriend and I had fallen asleep at a red light," Dietrich Pape said as he recounted the night his entire life changed. “Somehow I had kept my foot on the brake.”

Drunk, high, underage—Pape was ultimately locked up and convicted of DUI. Part of his sentence: to talk to teens so they won’t make the same mistakes.

Nassau County District Attorney Madeline Singas, who pioneered the prevention-aimed program, summed it up: “The message has to be relentless.”

"Having the courage to say you know what, 'I’m not getting into that car. Because someone’s been drinking. Or high. Or they’re not a good driver.'”

Maureen Mccormick, one of the county’s prosecutors took the stage at St. Dominick’s High School in Oyster Bay: “I'm here to scare you.”

As one of the the lead criminal prosecutors, Mccormick works with teens to keep them out of the courtroom.

At the presentation, students took to the stage and acted out what its like to be pulled over by police, taken through a field sobriety test in “fatal vision” goggles to simulate being intoxicated .

"They’re not only putting themselves in danger but also the people that are in the car with them—in the skit," Sydeny Johnson, a junior at the high school said.

“It’s easier to see, like what it really is. Like your friends would actually go through this," Brandon Humbert, also a junior said. "So I think it would hit home more than usual.”

"It's a really good cause and helps me deal a lot with the mistake I made," Pape added. "It helps it settle in."

Singas says it’s a true win–win, for young students to see the impact on a youthful offenders life and the convicted driver to own and prevent a repeat drunk driving conviction.