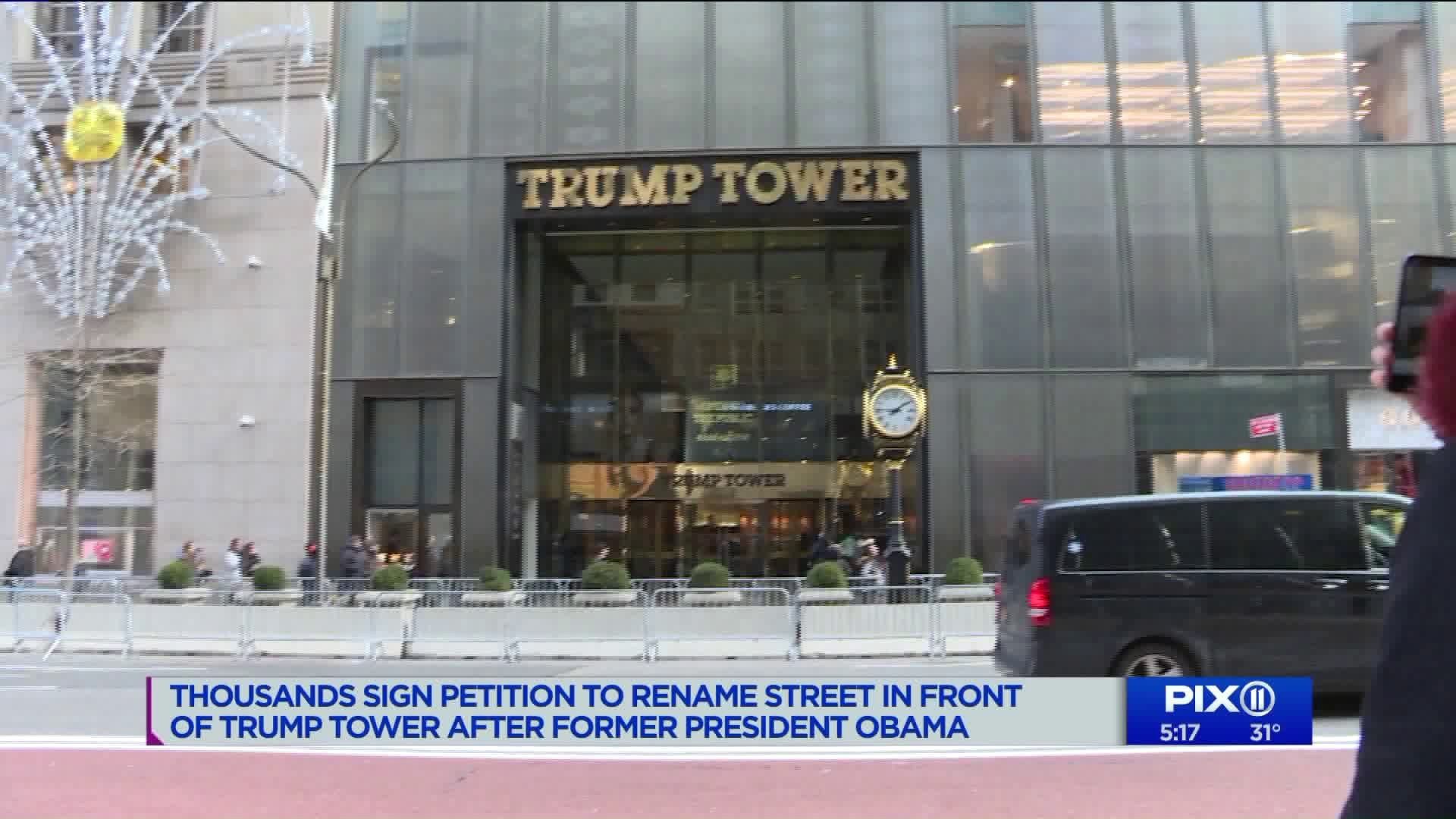 The petition`s Organizer - identified as Elizabeth Rowin told PIX11 that the idea to rename 5th Avenue came from a meme that popped up online a year ago... poking fun at what would eventually become Trump Tower`s address "forever"

NEW YORK – Whether it's to honor a noteworthy pioneer or a local hero, street renamings happen frequently in the Big Apple.

So it didn't surprise many when an online petition surfaced last month, seeking to honor President Barack Obama with his own street.

The street in question lies in the heart of Midtown on Fifth Avenue between East 56th and East 57th streets – the current location of Trump Tower and likely headquarters of Donald Trump’s 2020 re-election campaign.

It goes on to praise the former President for taking out Osama bin Laden and serving two “scandal-free terms.”

“Yea I do think it’s petty, but then again, so is [Trump],” a passerby outside Trump Tower said.

The petition’s organizer, identified as Elizabeth Rowin, told PIX11 that the idea to rename Fifth Avenue came from a meme that popped up online a year ago that poked fun at what would eventually become Trump Tower’s address “forever” – if it were to happen.

The joke is now a step closer to becoming reality.

Rowin plans to submit the signatures to Mayor de Blasio and the New York City Council. Approval from both is required to make such a re-naming happen.

The president’s critics welcomed the change.

“I mean whatever they do is what they do,” a protestor outside Trump Tower told PIX11 News. “It makes me laugh that they would want to do that because obviously it’s a slap in the face of Donald Trump.”

While the idea appears to be a Hail Mary move from the President’s detractors, the street re-naming could actually happen.

In recent months, the City Council has been on a bit of street re-naming roll, approving a number of street name changes across the city.

Musicians like Notorious B.I.G. and Woody Guthrie were among those honored.

Despite the surge in signatures for the online petition, the Trump Organization did not immediately respond to PIX11’s request for comment.