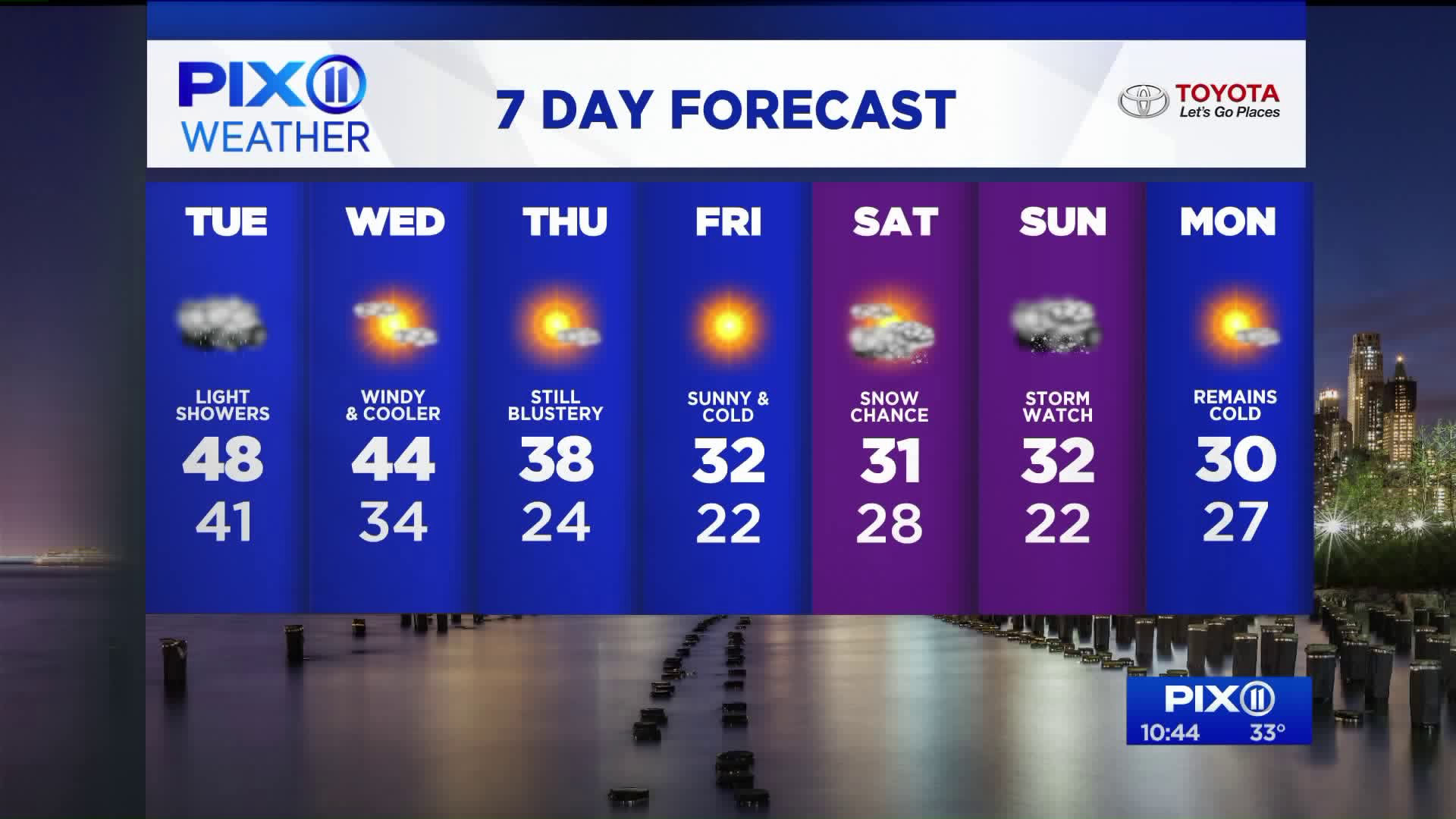 NEW YORK — A chance of rain and sleet overnight in the tri-state area could affect Tuesday morning’s commute.

A Winter Weather Advisory has been issued for areas north and west of the city after the cold from the chilly air mass stuck around through the weekend.

While a narrow band of snow may have passed through early Monday evening, the main system arrives overnight with light rain in the city after 1 a.m. or so. For areas north and west, it may start out as some light snow or a wintry mix.

Through the night temperatures will gradually climb allowing for any wintry precipitation to change over to plain rain.

Any accumulations that develop will be on the very light side with under an inch of snow. However, it could be mixing with freezing rain and produce a glazing of ice on untreated surfaces.

As for the rest of Tuesday itself, expect periods of light rain and drizzle. A second system could bring a steady round of showers late Tuesday night before we start to clear out. Temperatures will be well above the normal, topping out in the upper 40s.

Colder air then rushes in on Wednesday. Temperatures start out in the lower to mid 40s, but it should cool down during the afternoon under a brisk westerly winds. Gusts to over 30 mph will be possible.

The wind should back off by Thursday, but it will be a cold day with highs in the upper 30s, then lower 30s for Friday.

The upcoming weekend could feature a coastal system that will be capable of being our first snowstorm of 2019. A lot could change between now and then, but the offer is on the table at this point.

The long range forecast models are indicating a storm that could develop in the Carolinas and track its way along the coast making it our snow scenario. The other possible track will keep the system well south, and perhaps brushing us with a very light snow event.

This is a system that is still several days away and will be watched as the week progresses.