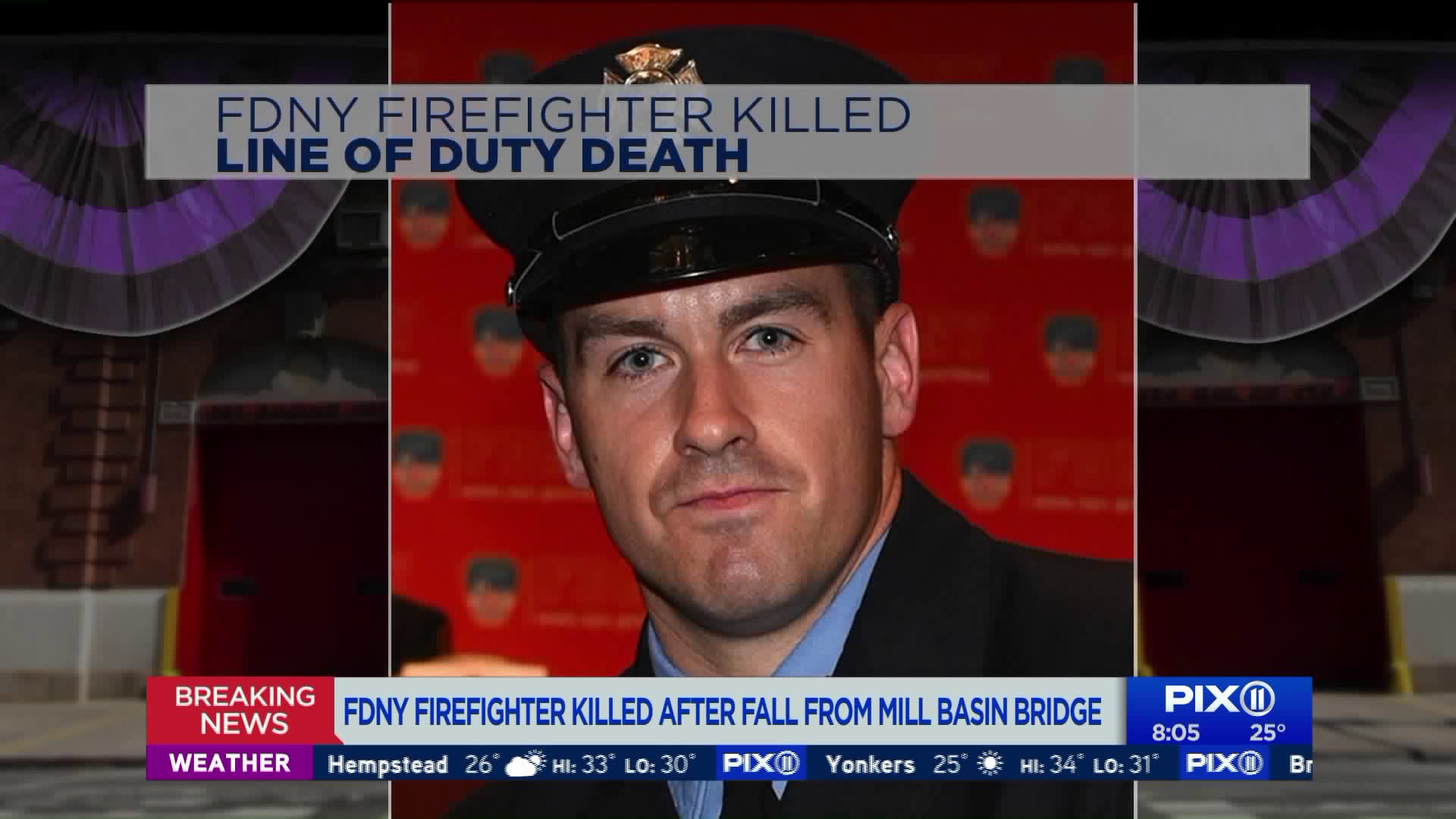 An FDNY firefighter was killed in Brooklyn after he fell fromthe Mill Basin overpass on the Belt Parkway while responding to a car fire late Sunday, officials said. 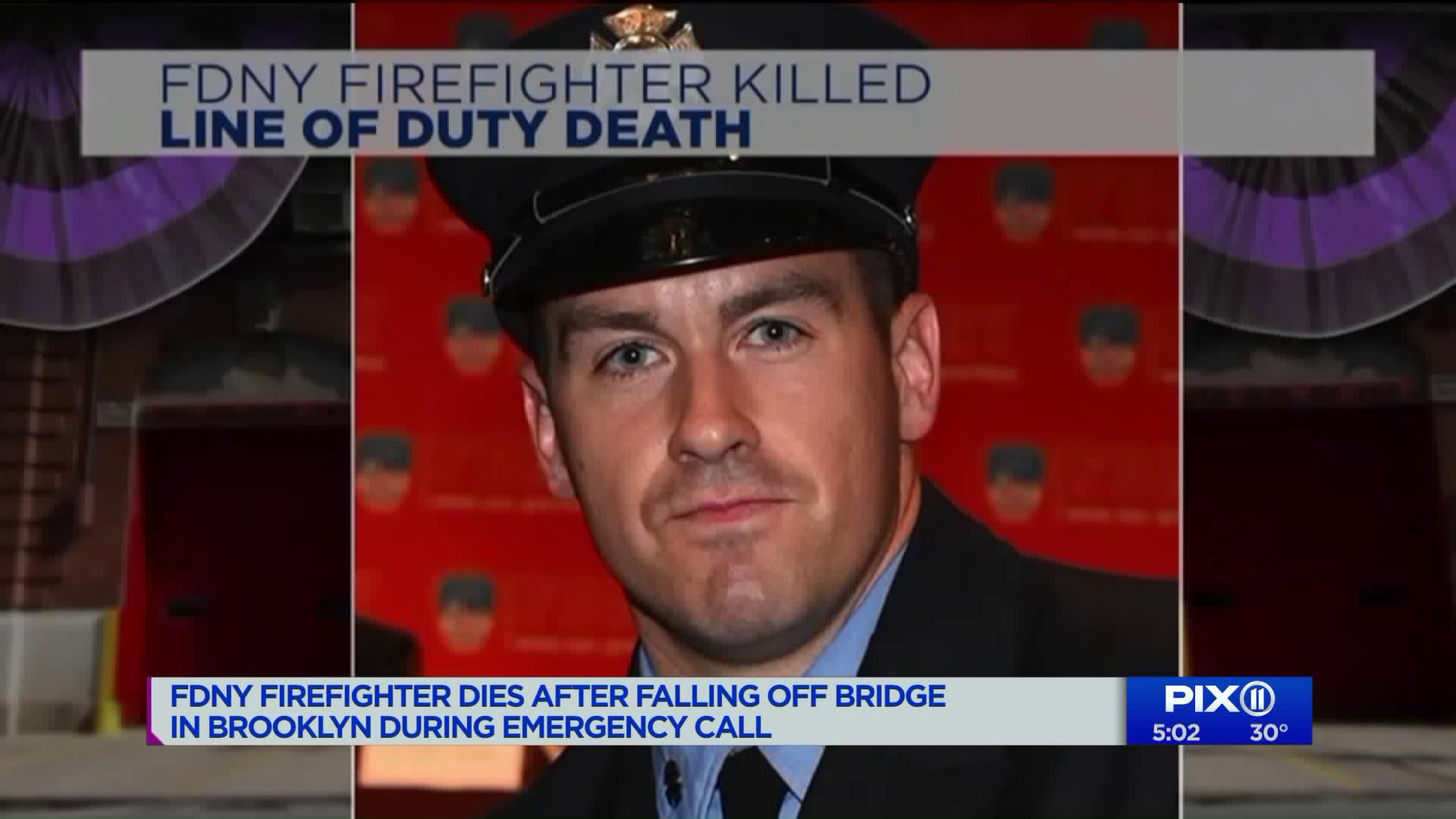 CANARSIE, Brooklyn — An FDNY firefighter was killed in Brooklyn after he fell from the Mill Basin overpass on the Belt Parkway while responding to a car fire late Sunday, officials said.

Firefighters had responded to a collision on the westbound side of the Belt Parkway around 10:30 p.m., FDNY Commissioner Daniel Nigro said. One of the cars had flipped over.

The responding firefighters arrived on the eastbound side of the highway and had to cross to the crashed cars, Nigro said.

Steven Pollard, a firefighter who'd been on the job for less than two years, fell through a gap and plunged about 50 feet off the bridge.

Pollard was rushed to a local hospital, but he did not survive.

"It's a terrible loss for the Department, to lose a member just at the beginning of his career like this is devastating to us," Nigro said. "He is the 1,151st member of the Bravest to give his life in the service of the people of this city. As his family mourns him, the Department mourns him, and certainly the citizens of our city mourn him."

The firefighter's father is a retired member of the FDNY. Pollard's brother is also a firefighter.

"This is a family who has done so much for New York City and now they're going through this loss and this pain," Mayor Bill de Blasio said. "It's a very, very tough situation."

De Blasio on Monday ordered flags to be at half staff in honor and memory of Pollard.

A memorial is scheduled for Monday afternoon.

I’ve ordered flags throughout the five boroughs to fly at half staff in honor of the courage and sacrifice of @FDNY Firefighter Steven H. Pollard. https://t.co/Ph3nDjYeCb