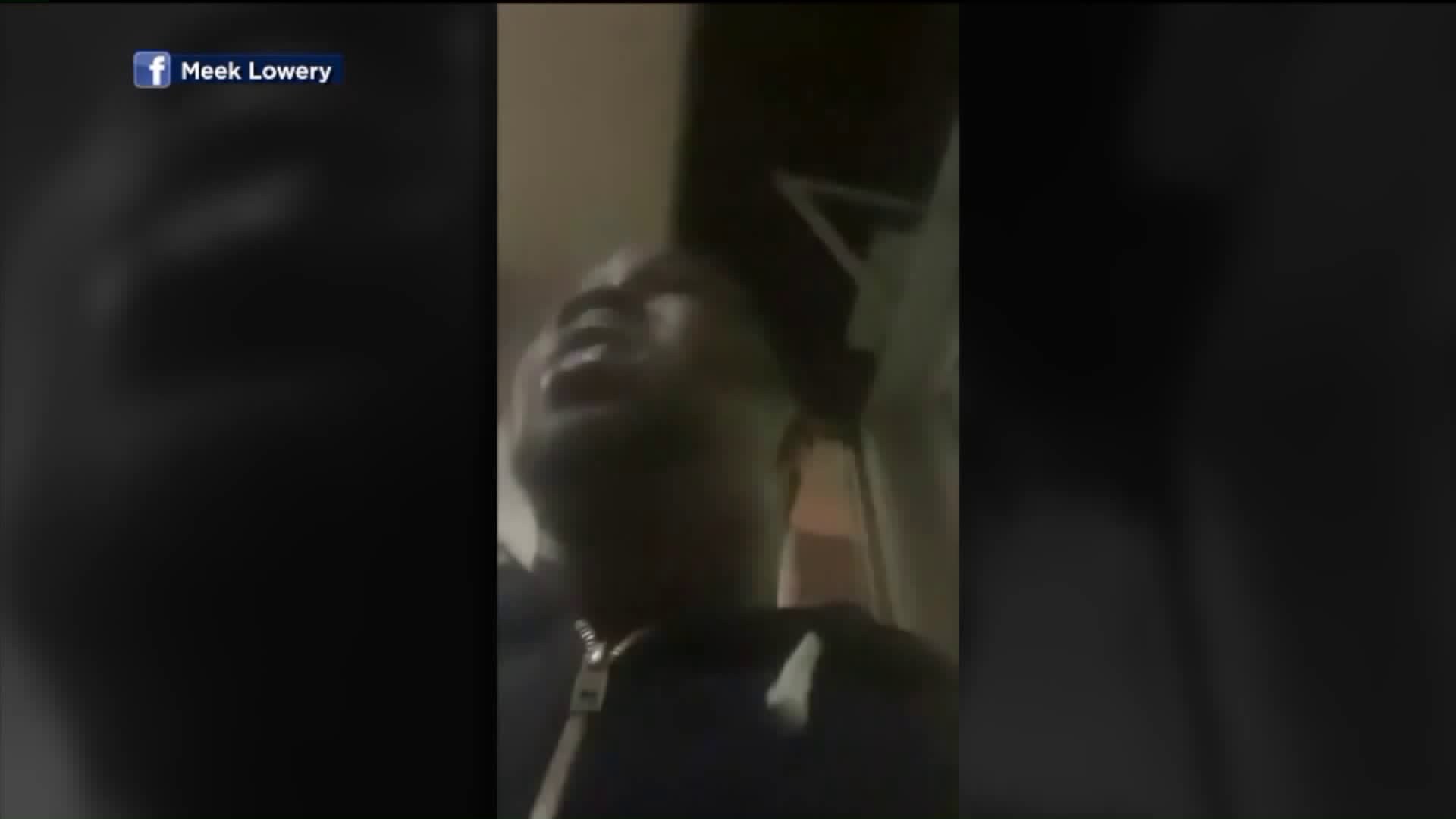 In the video, Lowery asks for water multiple times, but officers say, "We`re not allowed to."

PATERSON, N.J. -- The Facebook Live shows 27-year-old Jameek Lowery as he walked into Paterson Police Headquarters on Saturday morning, sweating profusely, foaming at the mouth and at times incoherent, but clearly asking for help and for water.

He died within 48 hours at St. Joseph's Regional, and now his family is calling the death suspicious.

"Why can't ya'll give my brother some water," said Shavante McFadden. "If he's telling you he's having a hard time breathing"

In the video,  Lowery asks for water multiple times, but officers say, "We're not allowed to."

The young father of two children was bi-polar and police sources say he is believed to have been on ecstasy at the time.

Police sources also say the officers followed protocol because they are not supposed to give water because, according to them, it may harm the individual.

But the family says the officers' response was inadequate.

"He asked for water. They deny him water. Why couldn't you give him water? Why didn't they help him?" said Patrice King, the mother. "All I wanna know is why you didn't help my son."

At points in the video Lowery seems paranoid - and says someone in the room wants to kill him- the officers shine a light to show no one else is there.

Medical records provided by the family shows Lowery had already been at the hospital before arriving at the police station.

"My son is screaming out for help," said Chard King. "Where's the help. He wasn't given help."