Cyntoia Brown, ex-sex slave convicted of killing man who bought her, to be released 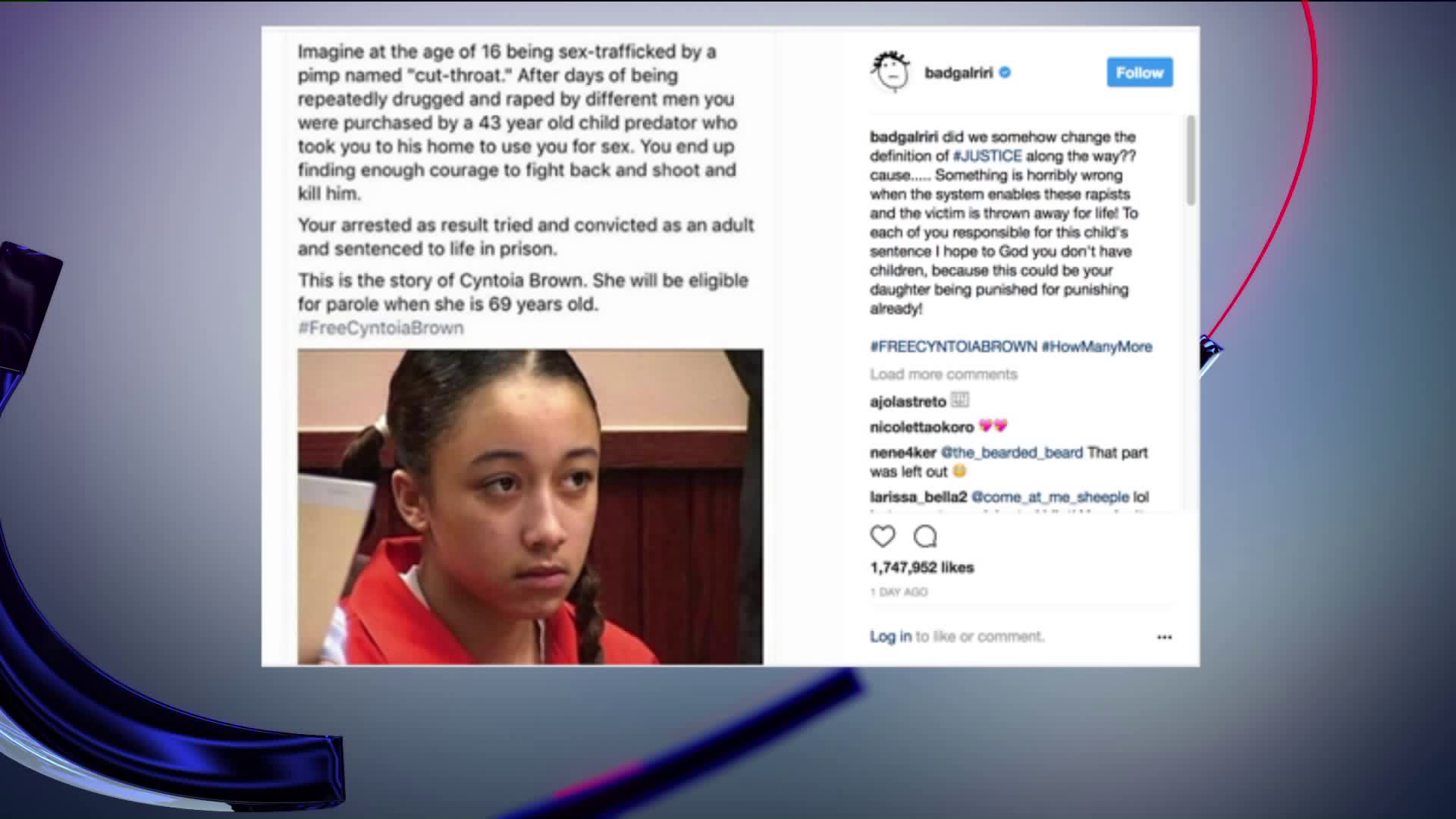 Celebrities, like Kim Kardashian and Rihanna, are putting the spotlight on Cyntoia Brown, a sex trafficking victim who was sentenced to life for killing the man who bought her. 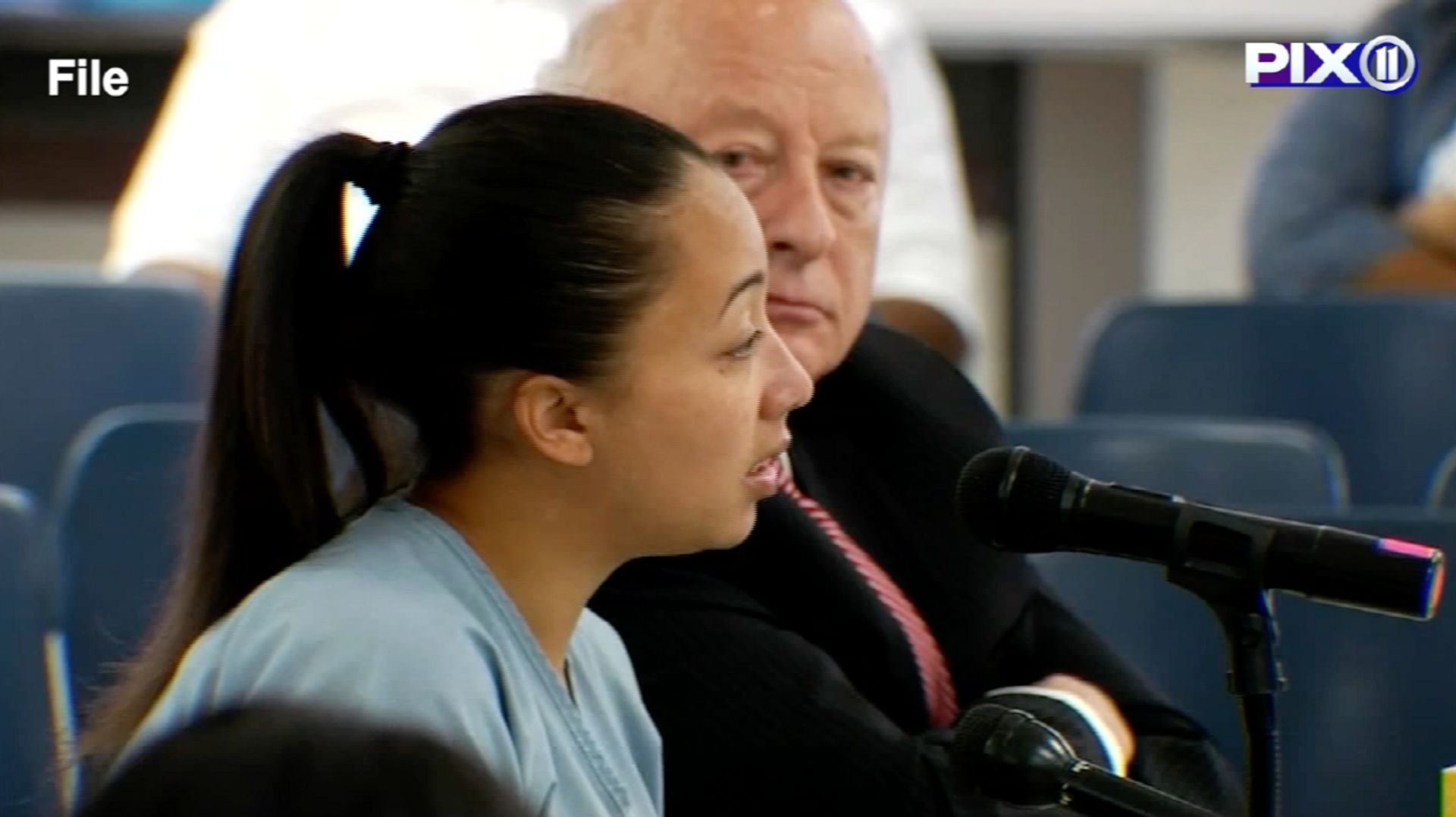 NASHVILLE, Tenn. — Tennessee Gov. Bill Haslam granted clemency on Monday to a woman serving a life sentence for murder who says she was a victim of sex trafficking.

The outgoing Republican governor, whose term ends in just two weeks, chose to show mercy to the now 30-year-old Cyntoia Brown by releasing her Aug. 7. Brown was sentenced to life in prison for killing a man when she was 16.

She will remain on parole supervision for 10 years on the condition she does not violate any state or federal laws, as well as holds a job and participates in regular counseling sessions.

"Cyntoia Brown committed, by her own admission, a horrific crime at the age of 16. Yet, imposing a life sentence on a juvenile that would require her to serve at least 51 years before even being eligible for parole consideration is too harsh, especially in light of the extraordinary steps Ms. Brown has taken to rebuild her life," Haslam said in his statement.

Brown's case has attracted national attention from criminal justice reform advocates, and attention has amped up as Haslam's second and final term entered its final weeks. Celebrities like Kim Kardashian West and singer Rihanna threw their support behind the fight for her release. The governor's office was inundated with thousands of phone calls and emails from supporters.

A 2017 PIX11 report on celebrities rallying for Brown:

Brown was convicted in 2006 of murdering 43-year-old Nashville real estate agent Johnny Allen two years before. Police said she shot Allen in the back of the head at close range with a loaded gun she brought to rob him after he picked her up at a drive-in in Nashville.

However, according to her lawyers, Brown was a victim of sex trafficking who not only feared for her life but also lacked the mental state to be culpable in the slaying because she was impaired by her mother's alcohol use while she was in the womb.

Brown expressed thanks in a statement released Monday by her legal team.

"I am thankful for all the support, prayers, and encouragement I have received. We truly serve a God of second chances and new beginnings. The Lord has held my hand this whole time and I would have never made it without him," Brown said. "Let today be a testament to his saving grace."

The U.S. Supreme Court has ruled against life-without-parole sentences for juveniles. However, the state of Tennessee argued successfully in lower courts that it was not in violation of federal law because Brown did have a possibility for parole: She was sentenced to serve at least 51 years of her life sentence.

During her time in prison, Brown completed her GED and took college classes. She is currently one course away from finishing a Bachelor's degree at Lipscomb University.

To date, Haslam has granted five commutations, 15 pardons, and one exoneration. The Republican says he is continuing to review and consider additional clemency requests.