Man, 71, dead and 2 others injured in Upper West Side apartment fire 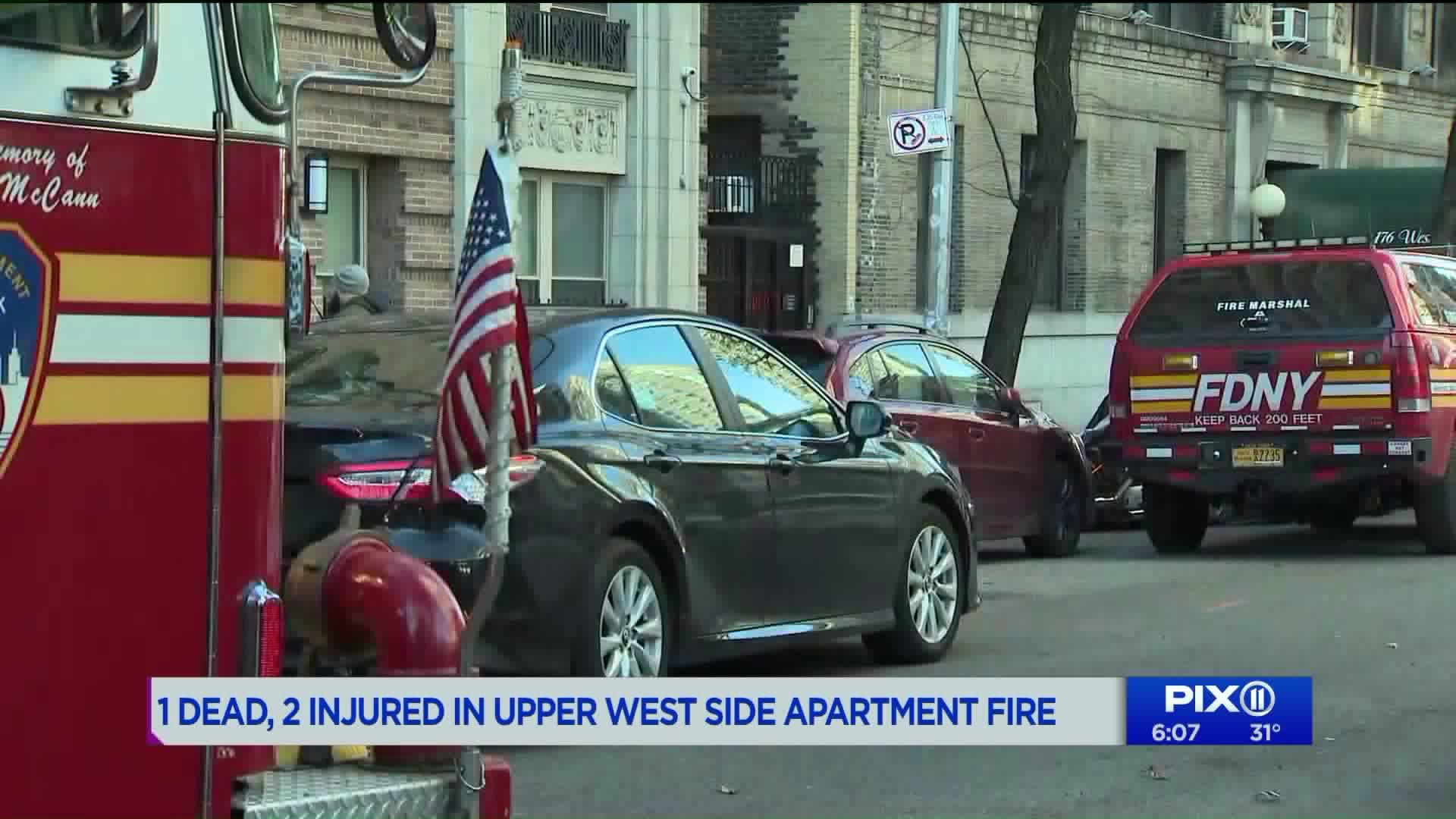 A 71-year-old man was found unconscious and unresponsive inside one of the apartment units, and pronounced dead at the scene by EMS, according to police. The cause of fire is under investigation.

UPPER WEST SIDE — A 71-year-old man is dead and two others injured after a heavy fire ripped through an Upper West Side apartment building on Monday, the FDNY said.

Authorities are on scene of the Upper West Side fire where  one person died. (Citizen)

The third floor of the nine-story building caught on fire shortly after 10 a.m. on 87th Street between Amsterdam and Columbus avenues, officials said.

A 71-year-old man was found unconscious and unresponsive inside one of the apartment units, and pronounced dead at the scene by EMS, according to police.

Two other civilians suffered minor injuries associated with smoke inhalation. Officials say they were able to get the fire under control by 10:55 a.m.

The building is run by Goddard and Riverside, an organization that provides low-income occupancy units for adult men and women transitioning from homelessness and shelters to permanent housing.

The identity of the victim has not yet been released pending family notification, but residents of the building said the victim had lived there for eight years.

“It’s a tough day for us because we are a community, particularly in this building, many of our residents have been here for a long time,” said Roderick Jones, executive directer.

The cause of fire is under investigation.