From food programs and marriage licenses to garbage collection: how the government shutdown may impact you 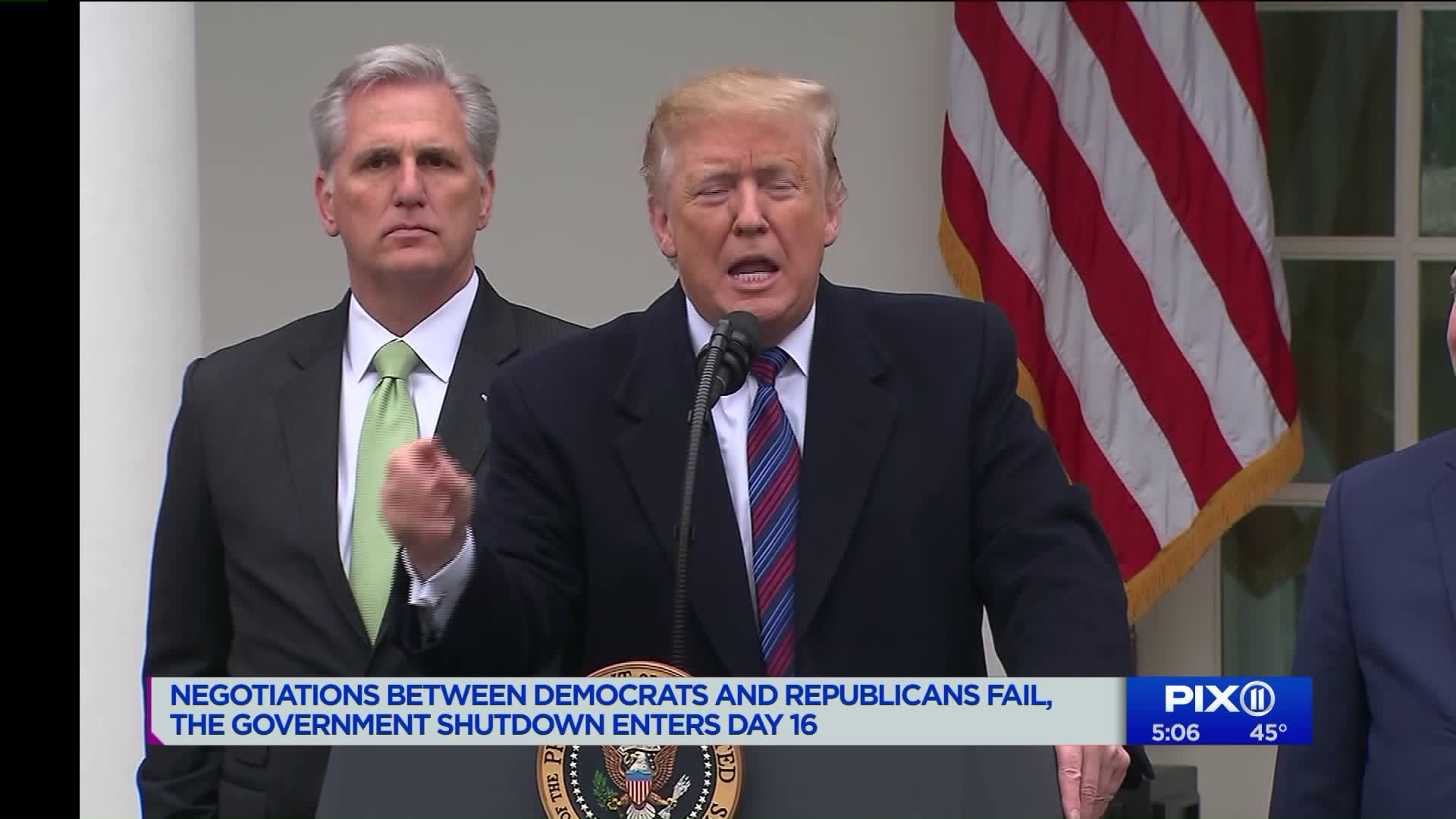 President Donald Trump held out little hope Sunday that another round of talks between top aides and congressional staff would produce meaningful progress toward ending the partial government shutdown, seeming to undercut his team by saying he needed to deal directly with Democratic leaders.

The government shutdown is headed into its third week with no end in sight. And now that the holidays are over, its effects are becoming more apparent -- not just on federal workers' salaries, but on everything from science to beer.

Here are some surprising impacts of the government shutdown:

Low-income moms and their kids may not get nutritional assistance

Certain food programs run by the Department of Agriculture could be affected by the shutdown if it continues.

Among those threatened is the Special Supplemental Nutrition Program for Women, Infants and Children (WIC), which provides nutritional assistance to more than 7 million low-income women and their children.

The WIC is currently operating normally, said Rev. Douglas Greenaway, president and CEO of the National WIC Association (NWA), a non-profit education arm and advocacy voice for the program. But that could change if the shutdown keeps up.

"If the shutdown lasts for several weeks, families will be forced to make hard choices about how to feed their newborn babies."

Science experiments could be spoiled

Many scientists have had to cease their work for federal research agencies, and now the results of delicate experiments hang in the balance.

"Any shutdown of the federal government can disrupt or delay research projects, lead to uncertainty over new research, and reduce researcher access to agency data and infrastructure," Rush Holt, the CEO of the American Association for the Advancement of Science, said in a statement.

Holt pushed for lawmakers and the White House to come to an agreement and fund agencies like NASA, the National Science Foundation, the EPA, the National Oceanic and Atmospheric Association and the Department of Agriculture.

Native American tribes that rely on federal funding for different services, such as health clinics and food pantries, are out of luck, according to a report from The New York Times.

About 1.9 million Native Americans and Alaska Natives receive funding from the Bureau of Indian Affairs, which is operated by the Department of the Interior, one of the agencies hit by the shutdown.

For one tribe of Chippewa Indians in Michigan, the cost amounts to $100,000 each day the government is shut down, the Times reported. The tribe is spending its own money in the meantime.

A spokesperson told CNN the shutdown prevents anyone from the bureau speaking on the matter.

Cherokee Nation Principal Chief Bill John Baker told CNN in a statement Friday the Cherokee Nation was currently using federal funds it received just prior to the government shutdown began and had a plan to use tribal dollars if the shutdown continued. Certain federal programs were still working, he said.

"We do have growing concerns, however, for these federally funded programs if Congress and the President do not reach an agreement soon," Baker said, adding the government has a responsibility and obligation to the tribes.

The backlog of immigration cases is getting bigger

You might remember this shutdown started because President Donald Trump and lawmakers were unable to compromise on Trump's push for a border wall. Now the shutdown is directly hampering his own immigration policies.

More than 300 immigration judges have been furloughed, meaning many immigration courts have closed and the massive backlog of cases will continue.

According to the Justice Department's Executive Office for Immigration Review, cases involving already detained immigrants will proceed. But those of immigrants who aren't detained will be "reset for a later date" after the shutdown ends.

It could take weeks, or even years, before the rescheduled cases are heard in court, according to the head of the immigration judge's union.

Folks in Washington can't get a marriage license

The office responsible for issuing marriage licenses in Washington, DC, isclosed, complicating the plans of couples -- such as Dan Pollock and Danielle Geanacopoulos -- who are eager to tie the knot.

Last Thursday, Pollock shared a picture of himself and his soon-to-be-wife grinning outside a Washington courthouse where they'd hoped to obtain a marriage license.

"We didn't even consider that the DC court was federally funded, so we only learned about it when we showed up at the courthouse," Pollock told CNN.

The couple -- both of whom are former federal employees and understand the struggle -- ended up going ahead with their ceremony. They'll worry about the license later, Pollock said.

"It's just paperwork, after all," Pollock added. "It can be signed later."

There won't be any new beers

Consider this your heads-up, beer enthusiasts.

Among the federal agencies hit by the shutdown is the Alcohol and Tobacco Tax and Trade Bureau (TTB), which regulates the alcohol beverage industry.

Breweries have to apply for a permit and receive approval from the TTB before they can begin operations.

Those processes have been put on hold, explained Paul Gatza, Director of the Brewers Association, a non-profit trade association. "So it could delay some brewery openings once the shutdown is lifted."

Consumers could also feel the effects, Gatza said. Breweries must get new beers approved through the TTB before they can make them available to the public.

"If the shutdown goes on for an extended time," Gatza said, "beer drinkers won't see much in the way of innovative new brands on the shelves where they buy beer."

Trash and human waste are piling up in national parks

At least 70 national parks have closed across the country as a result of the shutdown. Some remain open, but they're seriously understaffed, and now they're dealing with heaps of trash and overflowing toilets.

Joshua Tree National Park closed Wednesday over health and safety concerns stemming from the toilets. Yosemite National Park remains open, but also announced there would be limited acess to the park "due to continuing issues with human waste and resource damage."

The panda cam is down

That's right. The Smithsonian National Zoo in Washington has shut down its panda cam, which lets folk keep an eye on the zoo's three giant pandas -- Tian Tian, Mei Xiang and Bei Bei -- while they do ... well, panda stuff.

Researchers also use the cameras to collect behavioral data on the trio.

The camera normally live-streams footage of the pandas around the clock, but it's deemed nonessential in a government shutdown, so it's been turned off, the zoo's website says.

And it's not just the pandas. The zoo's elephant and lion cameras are down.