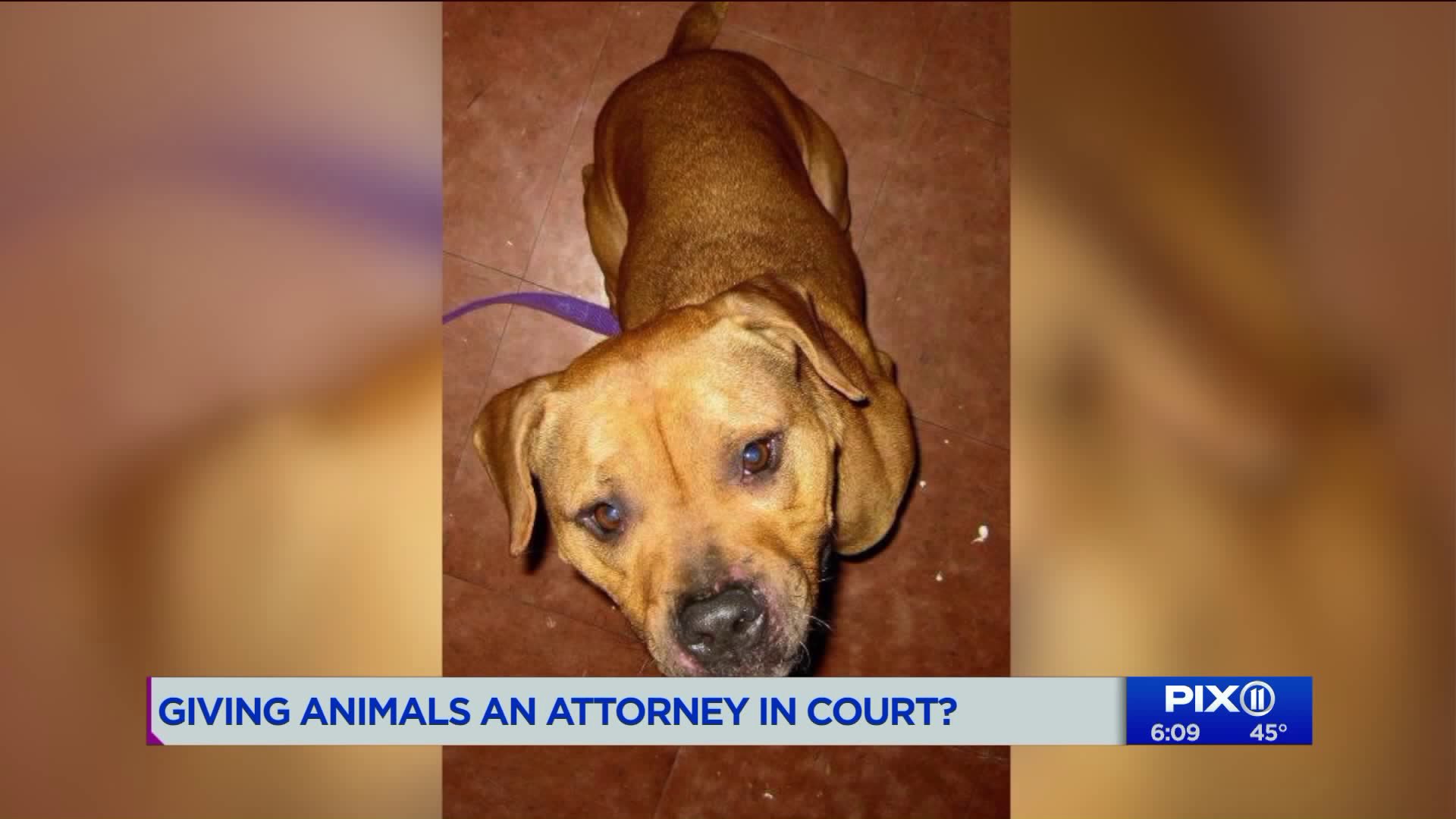 A bill has been proposed in New Jersey by State Assemblywoman Annette Quijano that would give cats and dogs an advocate in court.

NEW JERSEY -- A bill has been proposed in New Jersey by State Assemblywoman Annette Quijano that would give cats and dogs an advocate in court.

"As a pet owner, I think that’s a great idea," said Sergio Hincapie, a New Jersey pet owner. "I mean, someone has got to represent the weak."

Law students and attorneys could volunteer to represent the pets pro bono — to make their case when abusers face a judge.

"Dogs need representation," said John DeCando, chief animal control officer for the city of Paterson. "They need people to come forward on their behalf. They can’t speak. It would be nice to have someone pro bono come forward and represent an animal that can’t speak for themselves."

DeCando has been prosecuting animal abuse cases for decades — and he says he’s never lost a fight. But often times animal abusers do not get close to the maximum punishment allowed by law.

"I think somebody needs to take care of these little puppies that give us love," said Hincapie. "And there are people out there that don’t really care for them so they shouldn’t even have them."

Quijano’s bill is modeled after a Connecticut law that is the first of it’s kind, called "Desmond’s law", named for a dog that was killed by it’s owner, whom did not receive jail time.

Brutally beaten, strangled and starved — Desmond’s owner admitted it, but was only sentenced to a 4-month rehabilitation program.

"Which was insignificant compared to the magnitude of the injury and pain and suffering he caused to Desmond," commented Diane Balkin, senior staff attorney for the Animal Legal Defense Fund, which helped craft Desmond’s law.

"We have to treat animal abusers seriously, because they may well move on to harm humans," said Balkin.

New York Assemblywoman Linda Rosenthal has also proposed a similar bill that will be re-introduced in New York on January 9.

"From divorce to abuse cases, animals are involved in all manner of court proceedings," said Assemblymember Linda B. Rosenthal (D/WF-Manhattan), sponsor of bill A25. "These advocates will help to decrease the likelihood that animals end up in cruel situations, and I look forward to working to see it become law."