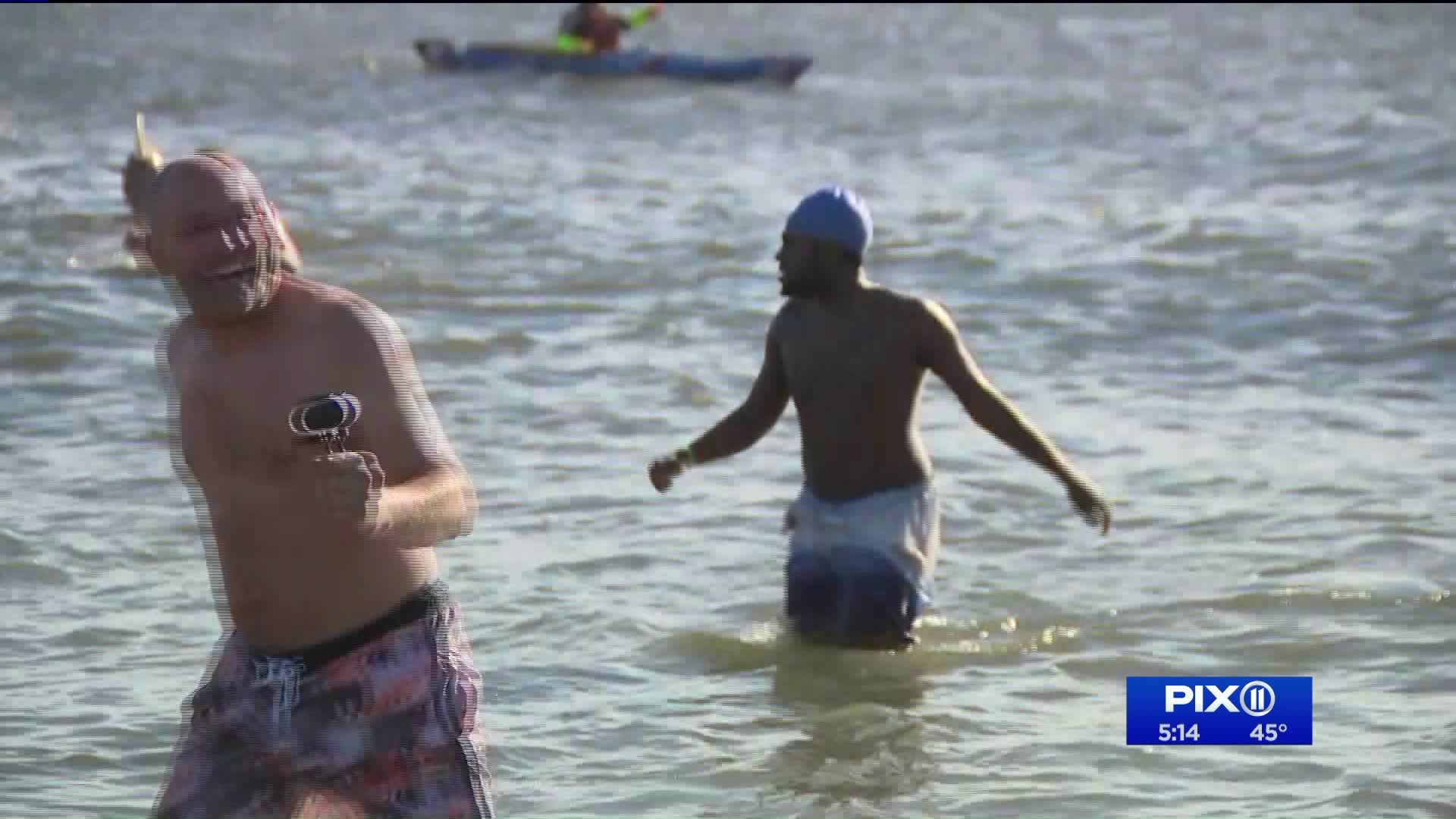 Hundreds of people took the plunge Tuesday afternoon, when the unseasonably warm temperature was in the high 50s (13 to 15 Celsius).

CONEY ISLAND, Brooklyn  — It’s the perfect way to wash away your hangover and jump into 2019.

By the standards of the Coney Island Polar Bear Club, it was practically a day at the beach for participants in the annual New Year's
Day dip in the ocean off New York City.

It was quite a departure from last year, when the temperature was just 17 degrees, (minus 8 Celsius).

“This is a real blessing. I’ve been here when it was 18 degrees and the water was ten,” Larry Liebert, a veteran polar bear swimmer, told PIX11 News. “It’s easy to get into 50 degree water, like eating pumpkin pie,” he added.
Since 1903, bravehearted or maybe fool hardy souls have been taking this plunge at Coney Island.
And for so many reasons.
“I’ve always wanted to do this. I am turning 40 next week so I figure my not?,” Kerry Gerbracht, a first time polar bear plunger, told PIX11 News.

Others said they were doing it on a dare.

“It was a dare from my girls,” Renee Hobson, of North Plainfield, New Jersey, told PIX11 News about the challenge from her 15-year-old twins.

Another novice, Sam Spencer, told PIX11: “we’ve come all the way from Seattle to do the polar plunge.”

And then that moment of truth.

Some stayed in for just minutes, others way longer.

“When I first got in, it felt like pins and needles,” 8-year-old Jade Ireland told PIX11.

“I couldn’t feel it at all,” Maria Nunez, another novice, told PIX11.

And it's not just for the thrill of the chill. It’s also a way for the Coney Island Polar Bear Club to giving back to the community.

“We have raised more than $50,000 that will go to local nonprofits like the New York Aquarium, some arts organizations, sideshow,” said Suzanne Tomatore, Vice President of Coney Island Polar Bear Club.

And some veterans who been taking the plunge for 25 years offered this challenge:

“The question is how come you’re not doing it?,” Pete Swiontak asked this reporter.

“Because I am not a brave person like you.,” was the answer.

But you never know.