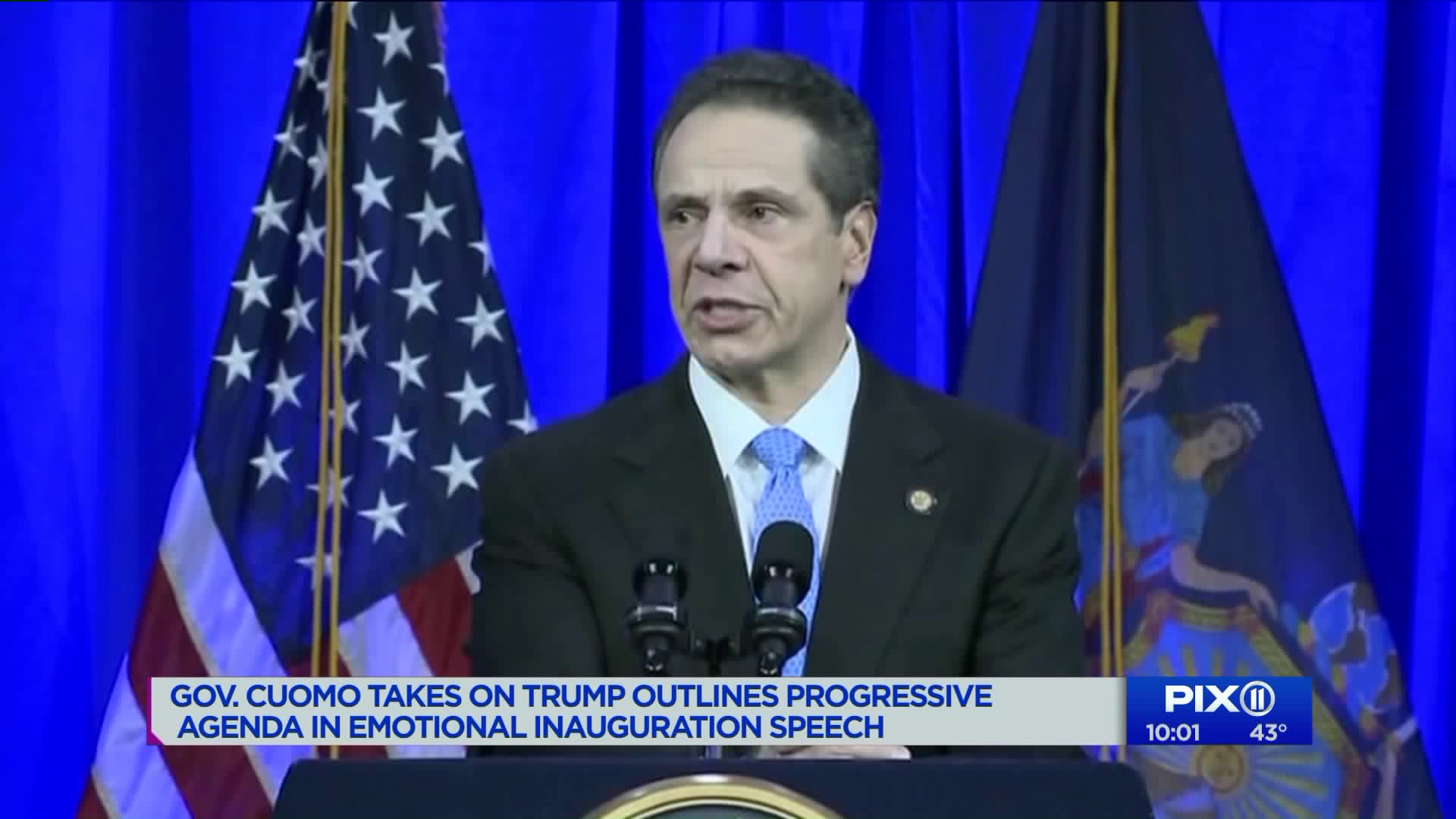 Sounding like the presidential candidate he insists he is not, New York Gov. Andrew Cuomo unleashed an energetic attack against President Donald Trump`s policies Tuesday, pledging New York will lead the nation forward with the most progressive agenda in state history.

NEW YORK — Sounding like the presidential candidate he insists he is not, New York Gov. Andrew Cuomo unleashed an energetic attack against President Donald Trump's policies Tuesday, pledging New York will lead the nation forward with the most progressive agenda in state history.

The Democrat began 2019 and his third term with the inaugural address on Ellis Island, saying "America's only threat is from within."

Cuomo said that within the first 100 days of his new term, he will propose "the most progressive agenda this state has ever seen, period."

"We will make history and New York will move forward, not by building a wall, my friends, but by building new bridges," he said, apparently making a reference to the political fight over a wall on the Mexican border.

He faulted the federal government, saying politicians had exploited fear and frustration that many Americans feel to deepen divisions among the population "for their own political purpose." He said some of the nation's leaders had demonized diversity to "make our differences our greatest weakness instead of our greatest strength."

He made clear that he chose to deliver the nearly 30-minute speech from a famous landmark linked to immigration that remains open, along with the nearby Statue of Liberty, despite a partial federal government shutdown because of money supplied by the state.

Ellis Island was the nation's busiest immigration station for decades, welcoming millions of immigrants from around the world. Cuomo calls it an "enduring symbol" of America's core values of hope and opportunity.

With the battle over immigration policy raging nationwide, the speech's location is likely to encourage speculation that Cuomo may run for president, though the 61-year-old has said he has ruled out the idea.

He became emotional as he recalled that his father, a former New York governor who also rejected those who urged him to run for president, died on inauguration day four years earlier, but he said he knows that Mario Cuomo's "spirit lives."

"I can hear his voice and I can imagine his pain and anger if he could see his beloved country today," the son said.