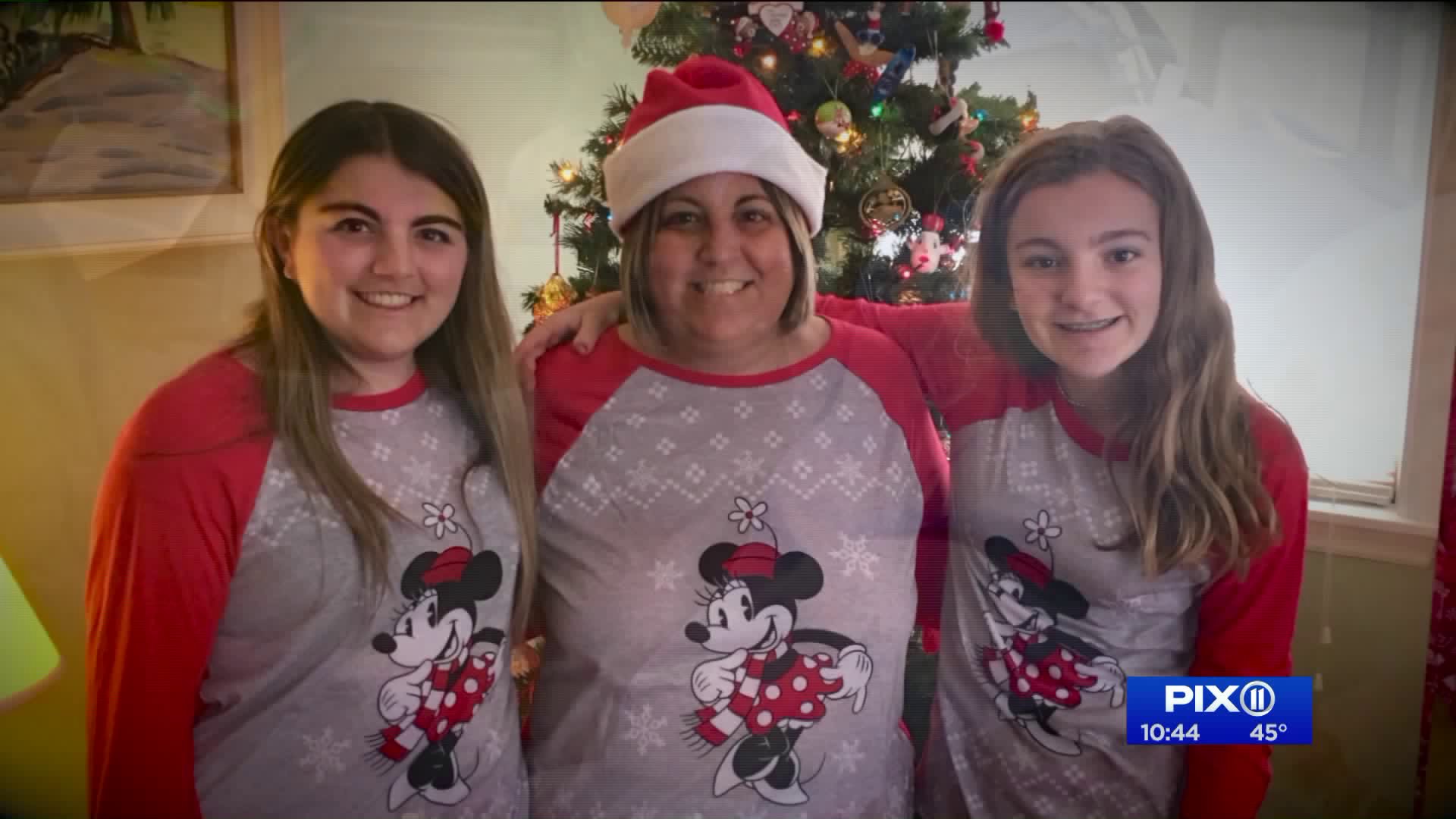 When the teacher heard about another polycystic patient who`d started a blog to seek a kidney, she decided to do the same, calling her site Kidney4Jackie. She now begins 2019 with a new kidney and a new life.

NEW PALTZ, NY — A 46-year-old teacher was packing up her third grade classroom at Montebello Elementary in Rockland County in June 2017 when she started experiencing excruciating pain.

Doctors at the hospital told Jacqueline Triguero  she was in kidney failure, due to polycystic disease

“The kidney is covered with cysts, so essentially, the kidneys can’t filter out the toxins,” Triguero explained this year to PIX11.

Triguero immediately started dialysis in 2017 at a clinic, several days a week, but made the choice to switch to home dialysis—8 1/2 hours a night—so she could be close to her two daughters and husband.

“She could only be on the dialysis for so long,” her oldest daughter Nicole said. "So we really needed that donor.”

When the teacher heard about another polycystic patient who’d started a blog to seek a kidney, she decided to do the same, calling her site Kidney4Jackie.

Between the blog and some media coverage, a female acquaintance of Triguero’s heard about Jackie’s plight and decided to get tested as a possible match.

“What she did is like, the ultimate, selfless act,” Triguero said. “When I got the phone call that she was a match, I couldn’t even speak.”

The kidney donor wants to remain anonymous, for now, but Triquero revealed the woman is an avid runner who’s in excellent shape.

“I think we both expected to be up and cooking for Thanksgiving and Christmas,” Triguero said.

Instead, Triguero developed an infection at the site where surgeons made the incision to perform the transplant. She needed three antibiotics, along with her anti-rejection medicine.

The good news? The new kidney is performing beautifully.

Triguero’s donor also had some complications, but both women are now on the mend.

Jackie Triguero revealed she now has three kidneys in her body, because the cystic ones were left in position near the back of her body.

“My new one is front...and to the right,” Triguero told PIX11, as she patted her abdomen.

The family celebrated Christmas by wearing Disney pajamas with Mickey and Minnie Mouse on the front.

“I could just feel on Christmas Day my nerves calm down.” Triquero said. “We were all together, Christmas morning, and I was starting to feel a little bit better.”

Triguero now begins 2019 with a new kidney and a new life.

She’d been on a transplant list nearly three years. The average wait time for more than 100,000 people seeking a kidney is five to seven years.

And Triguero knows she hit the jackpot by getting a “living” donor.

“I just appreciate her and I love her,” Triguero said of her donor. “This just reaffirms there are so many good people out there. It restores your faith in humanity.”

For people interested in becoming a living donor, Triguero recommended this site: donatelife.ny.gov.