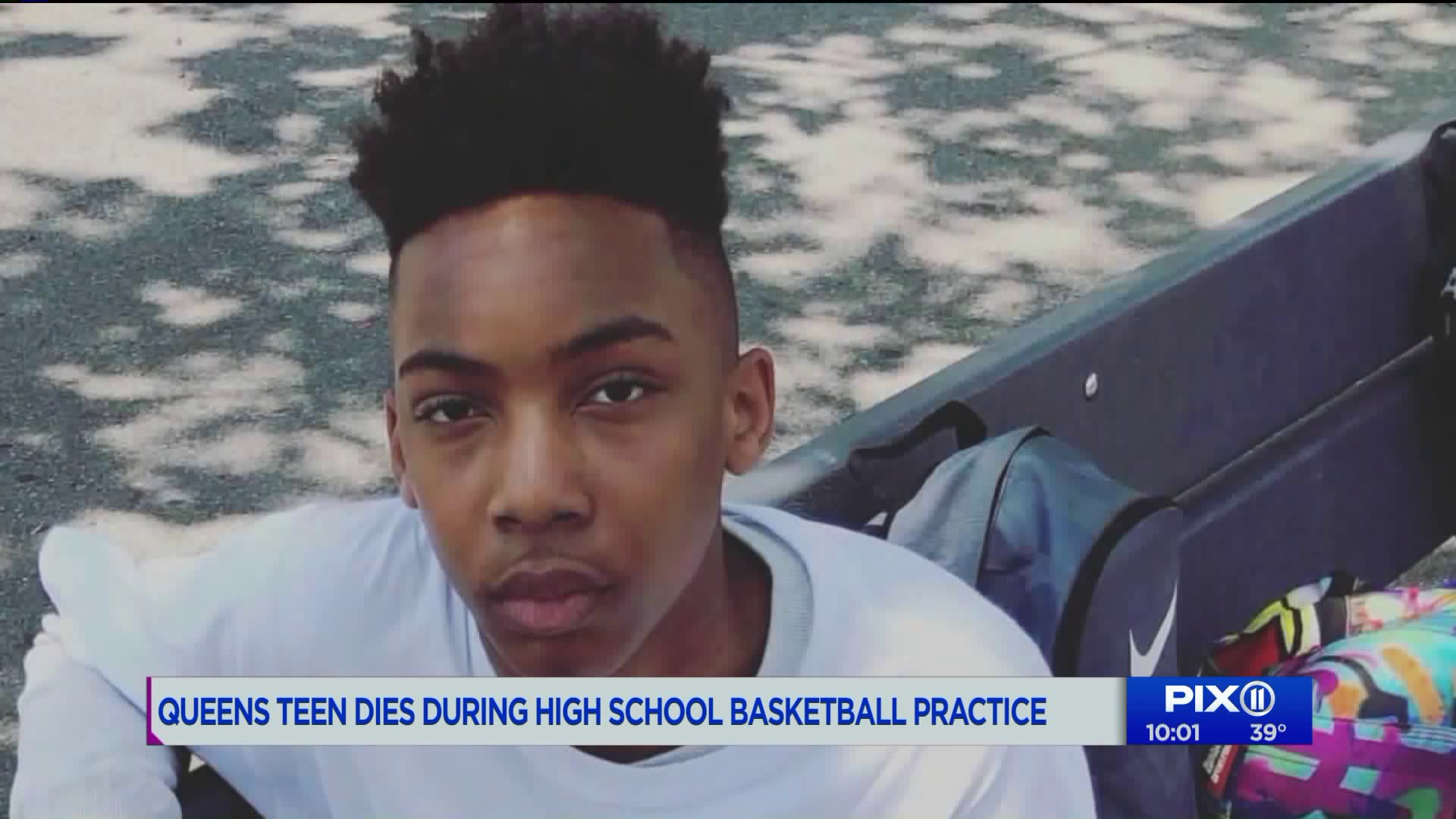 The 16-year-old teen was at basketball practice when he collapsed. He was rushed to a hospital, but he did not survive.

FLUSHING, Queens — A teenage boy found unconscious and unresponsive in a Queens high school on Wednesday died after he was rushed to the hospital, police said.

Lenny Pierre, 16, died after he collapsed during basketball practice.

He went into cardiac arrest during basketball practice, officials said.

Lenny Pierre, 16, was found inside John Bowne High School just after noon, an NYPD spokesperson said. Emergency services rushed him to a local hospital, but he did not survive.

Edna George cannot believe what happened to her son just one day after they celebrated Christmas together.

"I have a healthy boy," she said. "I don't know what went wrong to tell you the truth."

Pierre was shaky during practice, his mom said. He was lightheaded and collapsed when he went to sit down.

The medical examiner will determine the cause of death and the investigation is ongoing.

“I am heartbroken to hear of Lenny Pierre’s passing. As a parent, and as a father of student athletes, I can only imagine the pain and sorrow being felt by Lenny’s family, loved ones and classmates," Mayor Bill de Blasio said in a statement. "On behalf of 8.6 million New Yorkers, I extend our deepest condolences. We will be with this family now and in the future as we mourn the loss of one of our City’s children.”