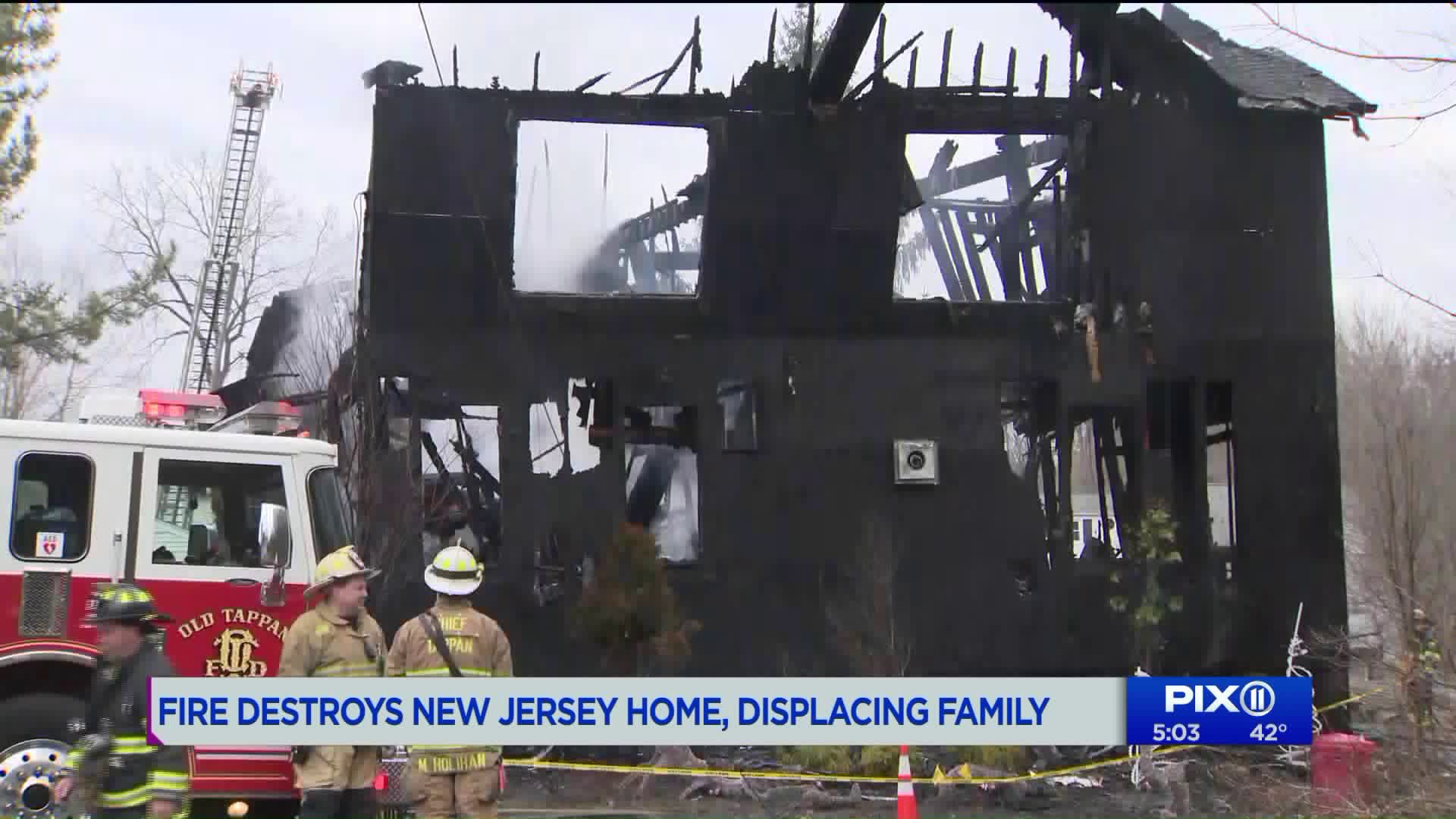 They had celebrated a large Christmas dinner the night before. But they woke up to a crackling noise. When she and her husband Angelo looked outside, they saw flames coming from the porch.

OLD TAPPAN, N.J. — A fire ripped through a home in Old Tappan, displacing a family the day after Christmas.

The blaze happened on Grant Avenue near Orangeburgh Road Wednesday morning. Reports of the fire were first made around 7 a.m.

The Mazza family escaped the burning home with nothing more than the clothes they were wearing.

They had celebrated a large Christmas dinner the night before. But they woke up to a crackling noise.  When she and her husband Angelo looked outside, they saw flames coming from the porch.

"Looking out the window you could see the flames, and at that point I just screamed saying get everybody out of the house," Angelo Mazza said.

The Mazzas grabbed their 1-year-old twin boys, their dog and ran out of the house. Theresa's sister Maria Foti slept over and also escaped.

"It's devastating. You know, there is never a good time for it," Foti said.

The family called 911 and the fire department showed up quickly. To the dismay of the family, it took awhile for them to get water onto the fire.

"They were here, but we weren't getting water as quick as we should have," Foti said.

According to the Chief of the Old Tappan Fire Department, the closest hydrant on Orangeburg Road wasn't working.

Not only has the family lost everything, but they had just finished a years long house renovation project.

"We put our blood, sweat and tears and our heart into this. We work diligently to provide a house for our boys," Angelo Mazza said.

As the Old Tappan Fire Department investigated the cause of the fire, the Mazza family speculated Christmas lights sparked the fire.

The lights were the only things on the porch where they first saw the flames.

According to the Old Tappan Fire Department, approximately 50 firefighters battled the fire, with neighboring towns assisting. Investigators do not believe this fire is suspicious. They are looking at whether Christmas lights or an unattended cigarette butt started the fire on the porch.