Bronx woman struck by bullet during NYPD shootout speaks out 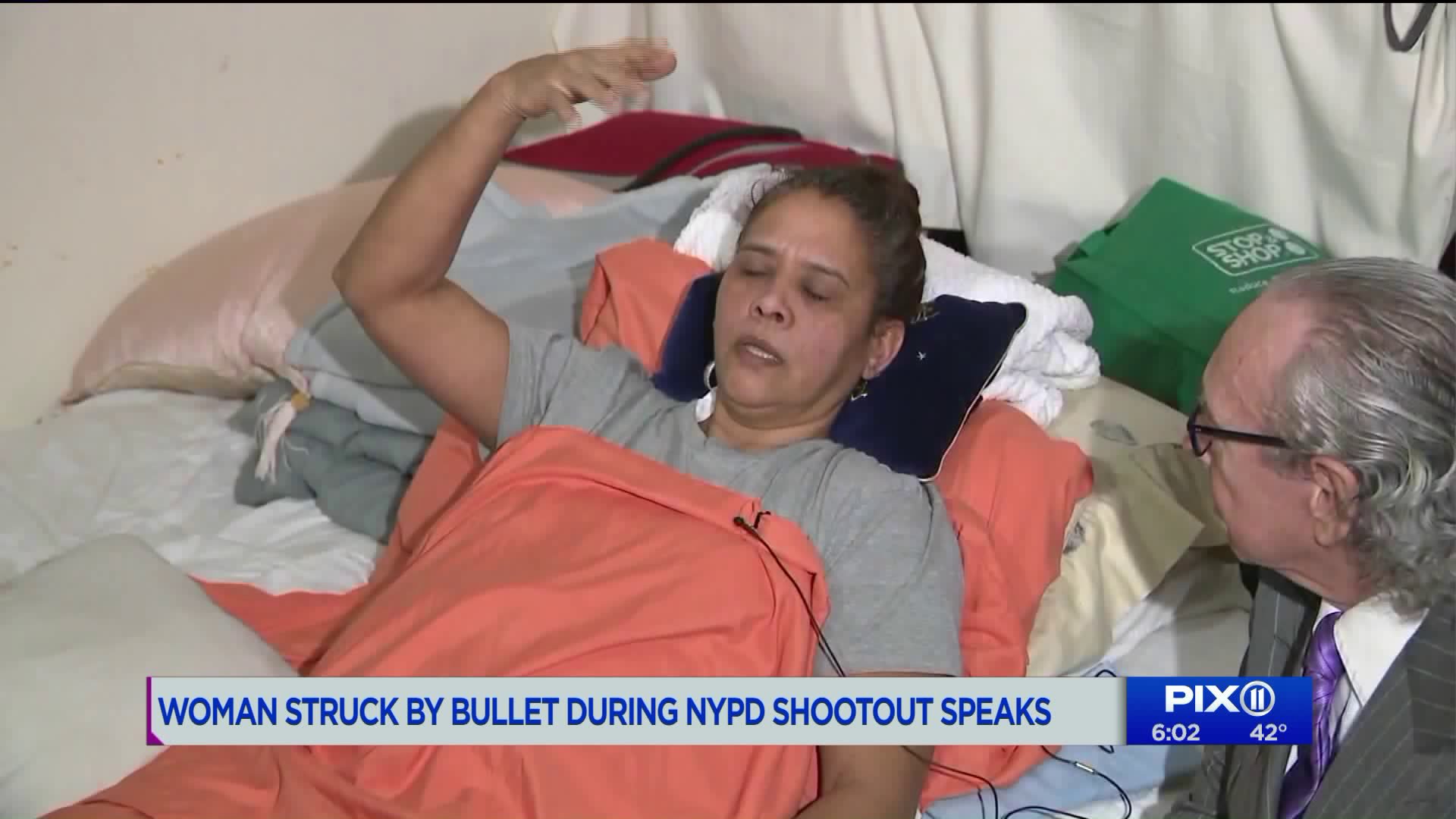 A Bronx mother talked to reporters from her Bronx bed Wednesday, three-weeks after she was hit by a bullet during a police shootout. She was in the hospital for nearly two weeks and will have to go back for additional surgeries.

UNIVERSITY HEIGHTS, the Bronx — A Bronx mother talked to reporters from her Bronx bed Wednesday, three weeks after she was hit by a bullet during a police shootout.

With tears in her eyes, and through a translator, 46-year-old Irene Urena Perez recapped Dec. 5 - a day she'll never forget.

“In my life, I've never seen anything so devastating," Perez said. “All I said was 'mother, they killed me.'”

She said she was with her mother near West Fordham Road when it happened.

She pushed her mother out of the way, but she was shot in the stomach.

"I couldn’t breathe,” she said.

She was in the hospital for nearly two weeks and had three surgeries. More are expected.

She was shot after NYPD officer Juan Gomez tried to apprehend an alleged drug dealer. Investigators say a chase ensued. The gunman fired at the officer and the officer fired 27 rounds in response.

During the shootout, police say the suspect was hit twice and is expected to survive,  but bullets also hit a 12-year old girl - who is expected to be okay, nearby cars, buildings and Perez.

Her attorney also spoke out Wednesday, saying the NYPD has to pay.

He filed a $10-million lawsuit against the department.

"The fact of the matter is the public should not be put at risk by reckless firing by a police officer engaged in a situation where he did not have to fire that many shots," said attorney Sanford Rubenstein.

According to the NYPD, the shooting was legally justified, but they're looking into whether the officer who fired the shots followed the department’s guidelines for use of force. He remains on active duty.