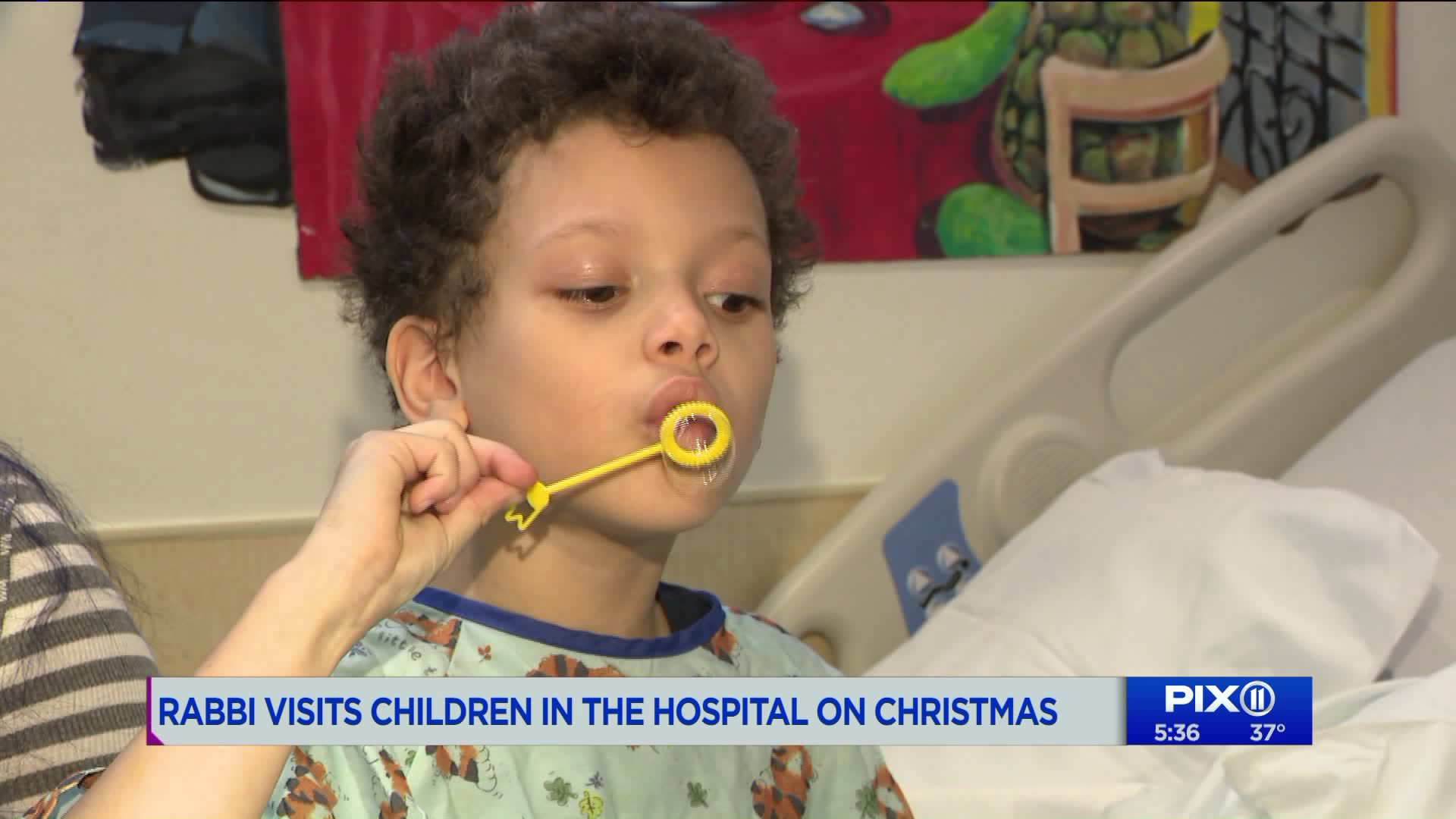 Rabbi JJ Hecht is definitely not Santa, but his organization Toys For Hospitalized Children brought gifts to more than 100 sick kids Tuesday.

NEW YORK -- Millions of children across the tri-state woke up Christmas morning and found presents under the tree. But some could not be at home. They were spending the holiday in the hospital.

Alina Marie Herrera's son,  Freddy, was admitted to Mount Sinai Beth Israel Hospital several days before Christmas. The 6-year-old was diagnosed with pneumonia and needed constant care and oxygen. It was not how the family planned to spend Christmas, but Tuesday afternoon Freddy got a special visitor.

"I woke up so tired in such a grumpy mood, cause we've just been here for so long," Herrera said. "It just really, really cheered me up and made this Christmas very special."

Rabbi JJ Hecht is definitely not Santa, but his organization Toys For Hospitalized Children brought gifts to more than 100 sick kids Tuesday.

Hecht gave Freddy several toys in his hospital room as a guitarist played children's songs. It brought a smile to his face.

"For a child to be in the hospital it's sad, but especially on the holidays. So we try to bring some happiness and joy," Rabbi Hecht said.

"A couple of kids here have been here for a number of days," he said. "It takes it's toll on the family too,."

It wasn't the Christmas Freddy's family had planned, but they did get a nice gift. Dr. Marks decided to discharge Freddy. That allowed the family to finish off the holiday in their Harlem home.