Nearly 3,800 people may have been exposed to bloodborne infections at NJ surgery facility 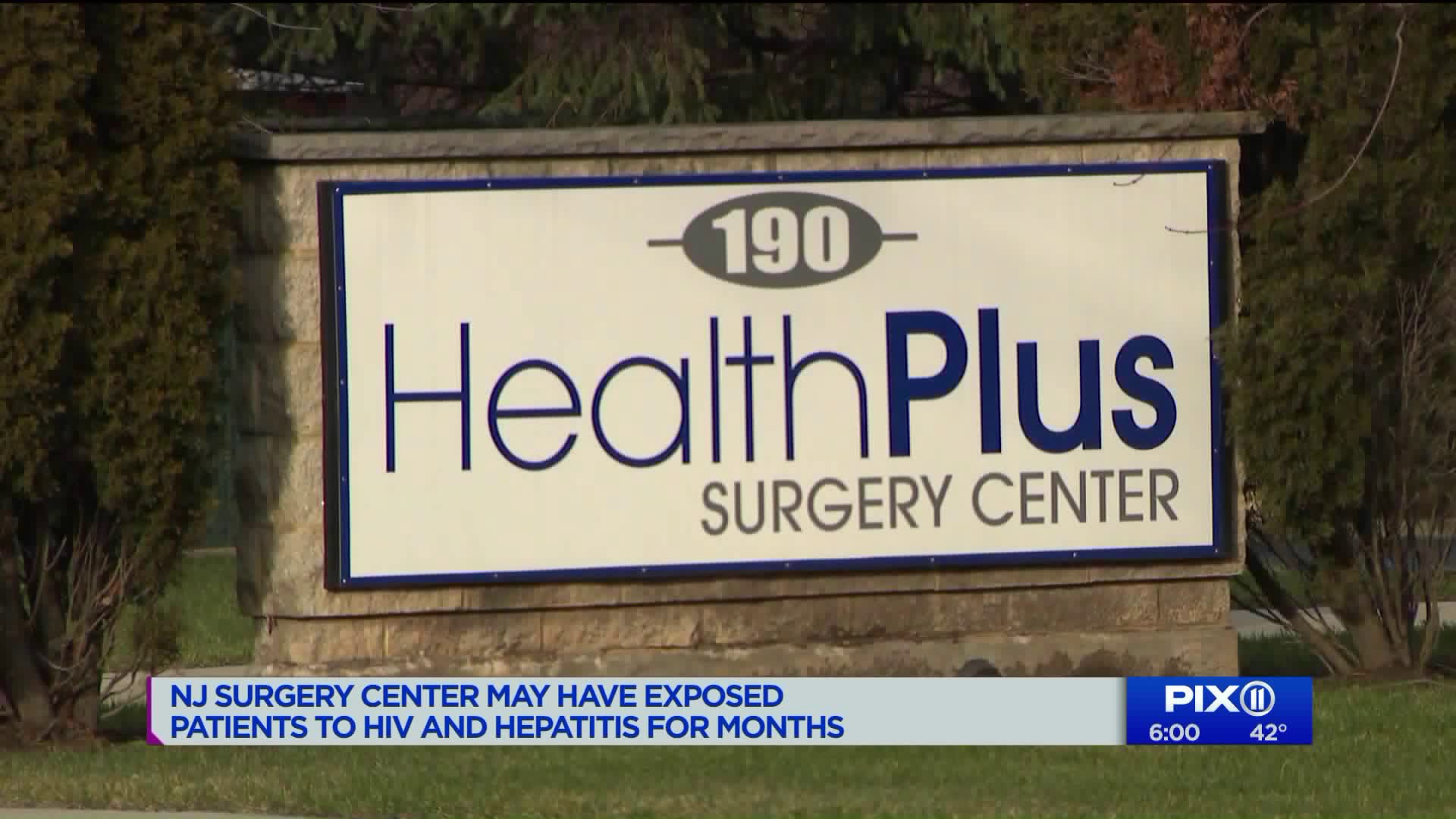 A surgery center is warning more than 3,000 patients that they may have been exposed to bloodborne pathogens if they had a procedure at its ambulatory in Saddle Brook, New Jersey, between January and September 2018.

Thousands of people who'd had medical procedures done at an outpatient surgical clinic in New Jersey have now learned that the facility, which was supposed to improve their health, may have instead ruined it by exposing patients to HIV and two strains of hepatitis

It's left state health authorities scrambling to alert patients of the danger. With the notification coming just before Christmas, it's also left many families in panic at a time when they should be rejoicing.

"I was just so upset," said Kristin Debenedictis, who's one of the the 3,778 patients affected. "Nobody wants to get news like that. HIV is, like, extremely scary. My friend, you know, he died of AIDS. It's horrible."

She'd gone to the HealthPlus Surgery Center here because her family doctor and her insurance company recommended getting treatment there for persistent neck pain.

The outpatient surgical center commonly handled cases like hers. She went in for two epidurals -- once this past spring, and the other in the summer, three months later.

"Everything seemed fine," she said. "I was feeling better."

However, that changed last Friday, when a postal worker delivered a certified letter to her front door. Debenedictis said that she'd thought that it was some sort of Christmas surprise. Instead, it was a letter, which gave her a surprise in the worst way.

"I needed to be checked for HIV and hepatitis," the letter said. The letterhead showed that it was from HealthPlus Surgery.

"I started crying. I panicked," she said. "I was just so upset. Nobody wants to get news like that."

According to the New Jersey Department of Health, its inspectors found sanitary conditions at the outpatient facility to be so poor that anyone who got a procedure done there between Jan. 1 and Sept. 7 of this year -- when the state shut the facility down for three weeks to disinfect it, and to train staff -- needs to get tested right away for the blood-borne, life-threatening illnesses.

The state recommended that patients get blood tests, free of charge, at LabCorp testing centers throughout North Jersey, or at Hudson Regional Hospital in Secaucus.

Debenedictis said that she'd appreciated having a choice of blood testing centers, and that she chose not to go to Hudson Regional, for an important reason.

"I found out that the person that owns Hudson Regional also owns HealthPlus [Surgery], which caused this problem in the first place."

PIX11 News has been able to confirm that businessman Yan Moshe is the owner of both of the facilities.

Health Plus Surgery gave PIX11 News this response, in part: "...there have not (emphasis theirs) been reports of any infections or illness related to the investigation. However, HealthPlus and the New Jersey Department of Health are recommending that those patients get tested as soon as possible."

The statement went on to give background on the situation.

"On September 7, 2018," the statement reads, "the New Jersey Department of Health closed the center because some members of our staff were not following proper sterile processing procedures and failed to comply with other regulations regarding the dispensing and storage of medication, as well as infection control planning and procedures."

The letter also said, "We recognize that this may be upsetting to our patients..."

"To know that a facility that was supposed to take care of me could've infected myself or others," Debenedictis said, "it's not okay."

She went in for her blood test over the past weekend, and said that she's been given no indication as to when the results will be available. It's made for a depressing Christmas, she told PIX11 News. She also said that she is considering taking legal action.