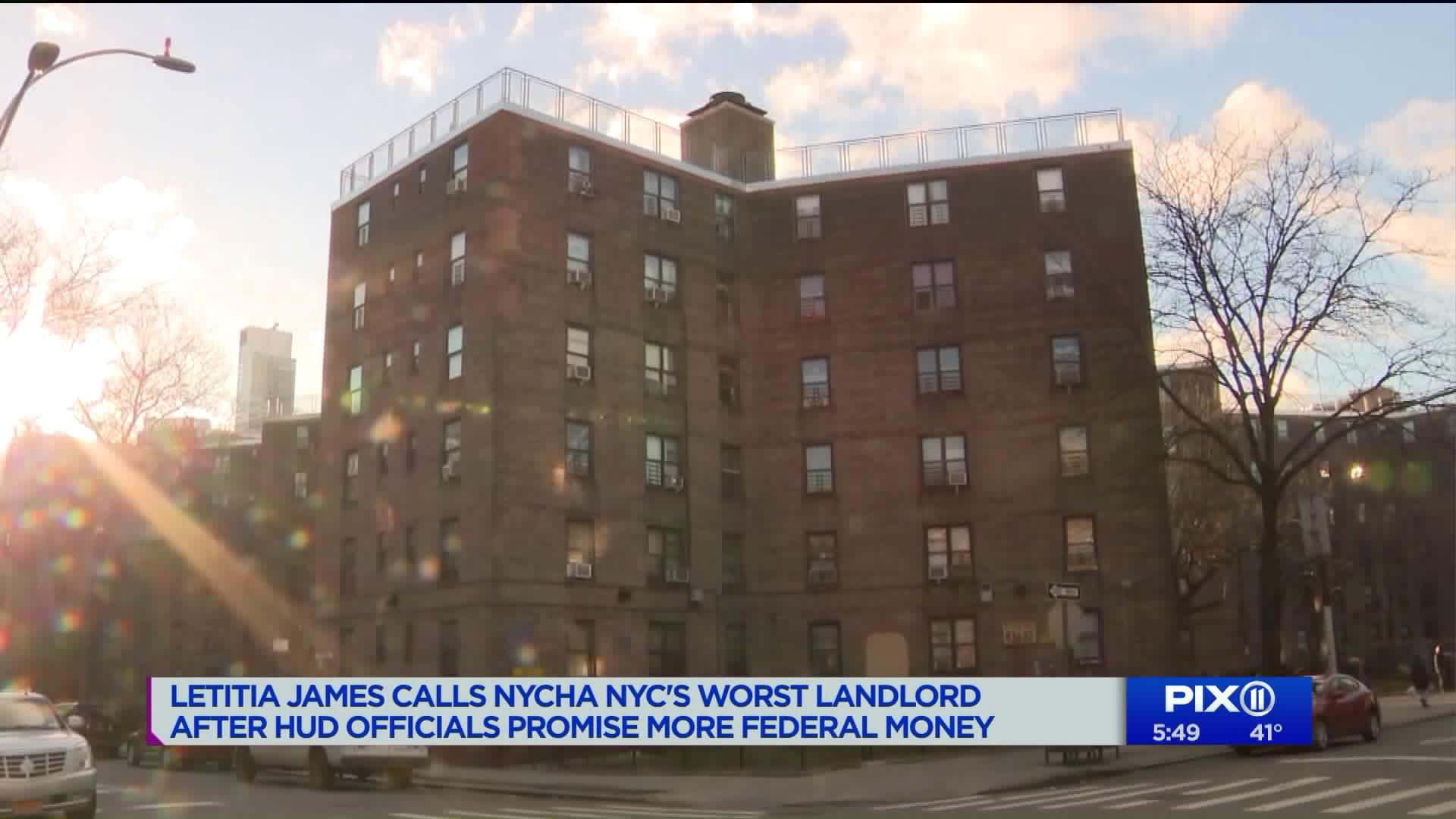 NEW YORK -- Every year, the Public Advocate’s office releases its list of the city’s worst landlords.

For the first time, public advocate Letitia James named the New York City Housing Authority at the top of this year’s list.

“NYCHA is the landlord. NYCHA has a long way to go,” Mayor Bill de Blasio.

Secretary Carson met for the second time with Mayor Bill de Blasio Tuesday - this time at HUD's headquarters in lower manhattan. It was a closed door meeting.

PIX11 News spoke to regional Hud director Lynne Patton after the meeting Tuesday night. Patton says the meeting was very productive. But HUD is not ruling out a federal takeover just yet.

“Actions speak louder than words. We are all going to work hard and make sure more money is given to NYCHA next year than even this year. HUD has increased funding by 52 percent this year I hope to make the money even higher,” Patton said.

Patton adds that Secretary Carson will visit another NYCHA development as early as January.

January 31 is the deadline imposed by HUD for the City to come up with a plan to fix NYCHA.

The top 10 worst landlords are: