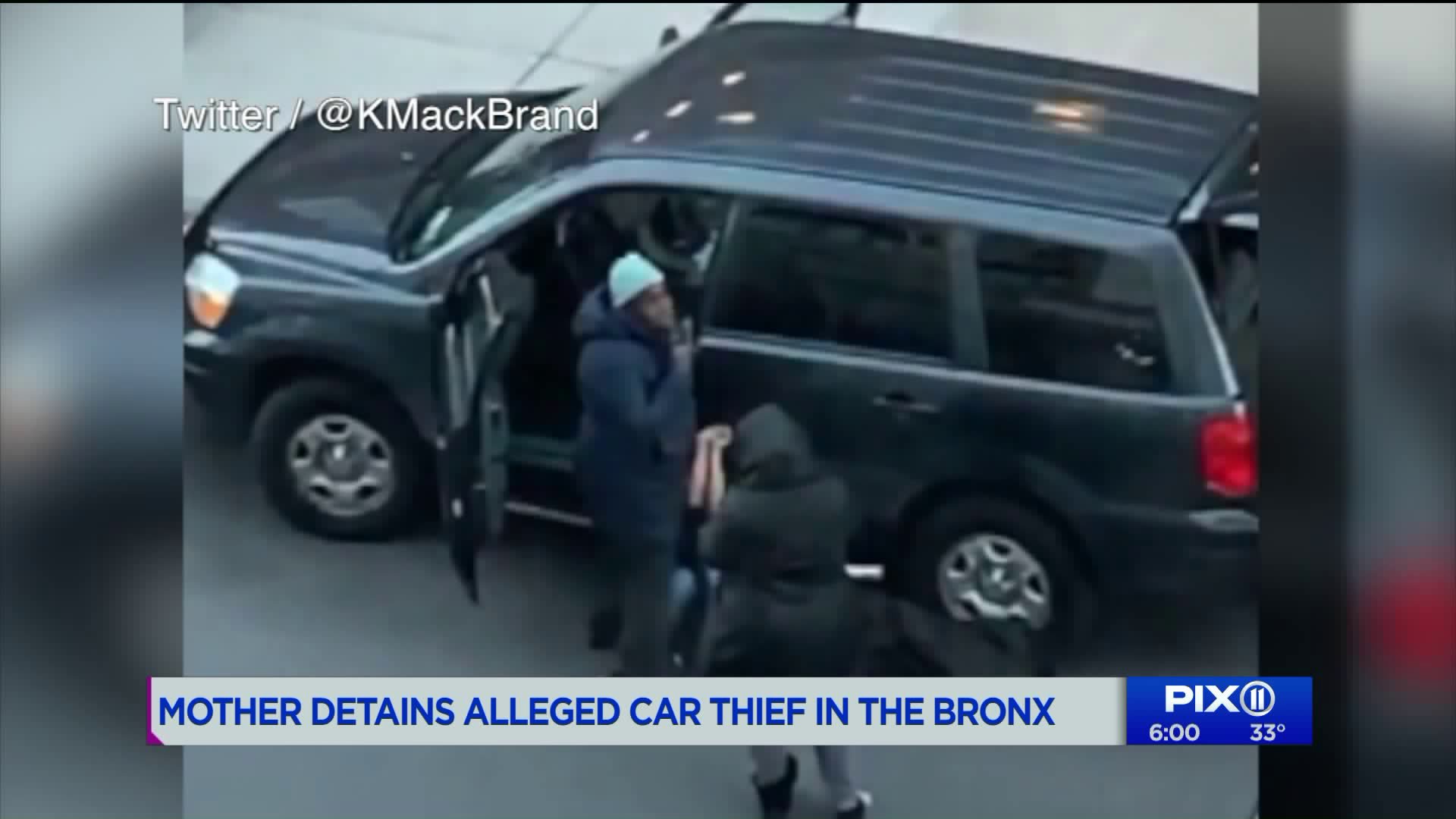 The mother seen in the video had a remote starter for her SUV, and turned it on while she was still inside her home in order to warm up the vehicle, according to police.

THE BRONX  — A mother took down a man allegedly trying to steal her car in the Bronx on Tuesday, and it was all captured on video.

The altercation happened on Brooke Avenue around 7 a.m., police said. A woman in a nearby building recorded the incident on cellphone video and shared it on Twitter.

The mother seen in the video had a remote starter for her SUV, and turned it on while she was still inside her home in order to warm up the vehicle, according to police.

When she walked outside to the SUV with her child, the kid pointed out that there was a man inside, police said.

The man was on the driver's side, and had allegedly piled up the victim's belongings on the passenger seat.

The unidentified mother immediately opened the passenger side in order to get him out, but he closed the door on her, police said.

She then went to the driver's side, opened the door, pulled him out and held him there until officers arrived, according to police.

When police arrived, Bernadino Santiago, a 19-year-old who lives nearby, was arrested, police said, adding that he appeared to be intoxicated and claimed he was yanked out of an Uber.

The teen, who was shirtless despite temperatures in the 20s at the time, faces charges of grand larceny, petty larceny and criminal possession of stolen goods, police said.

Dude tries to steal her car this morning. She pulled him out the truck and proceeded to beat his ass. Here’s what happened next. #welcometothebronx #thisaintSOBROitstheSOUTHBRONX pic.twitter.com/e8RBf0oK14