Trial begins for protester who climbed Statue of Liberty 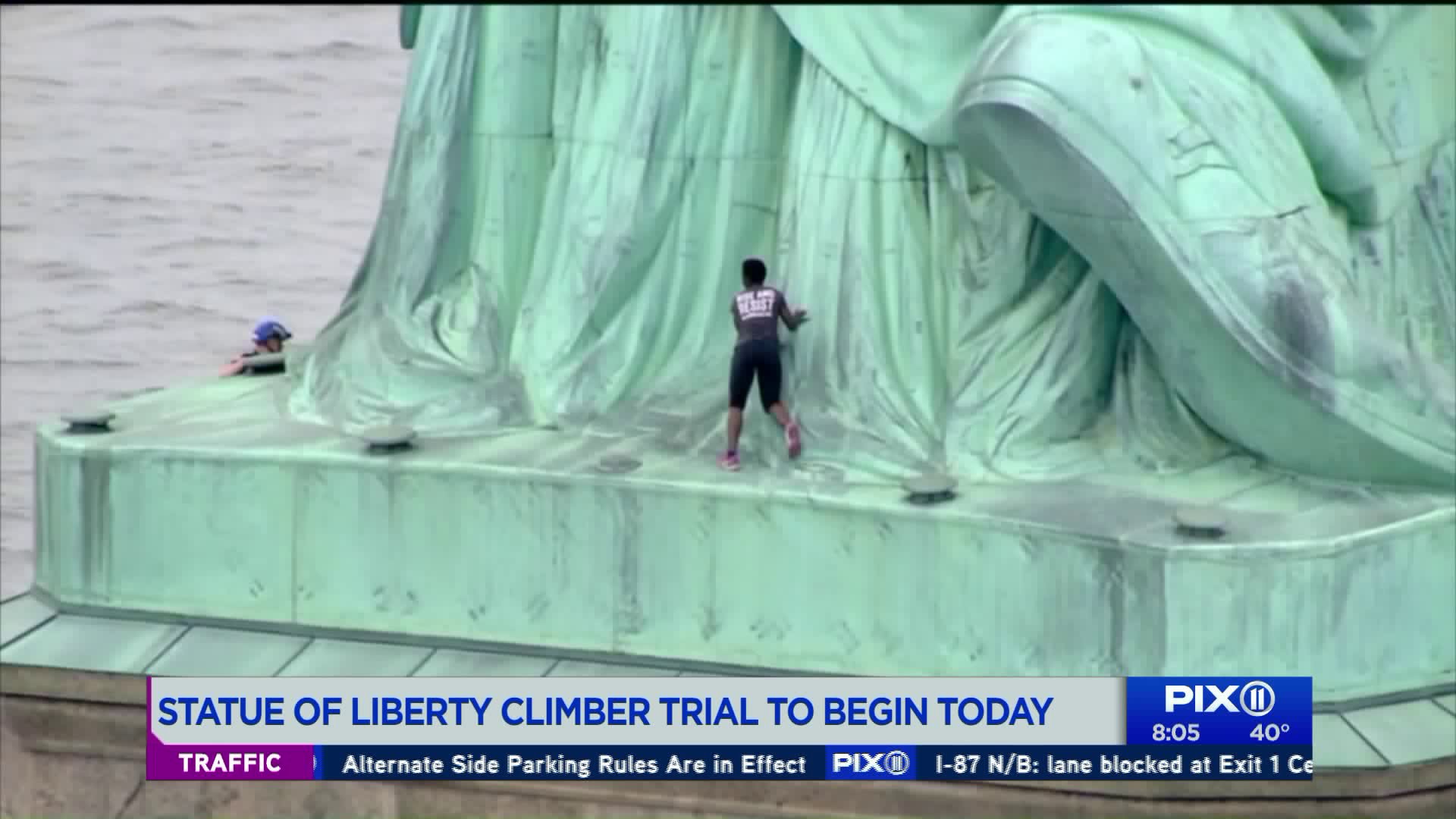 The trial for a protester who climbed the Statue of Liberty on Independence Day is set to begin Monday.

LOWER MANHATTAN — The trial for a protester who climbed the Statue of Liberty on Independence Day is set to begin Monday.

Therese Okoumou, who goes by her middle name Patricia, faces three federal charges. If she's found guilty and gets the maximum sentence, she could be sent to prison for 1 1/2 years—up to six months for each misdemeanor charge.

"Patricia and I are both passionate advocates of mothers, fathers and children separated at our southern border as a result of draconian polices of Donald Trump and his cromies," Avenatti said in a Tweet. "I look forward to assisting in her defense and case."

Below is an announcement concerning my representation of activist @POkoumou. The separation of families at our southern border and lack of unification remains a critically important issue for our nation and the world. pic.twitter.com/phObGvj7c5

Okoumou, 44, had been the focus of millions of viewers worldwide on July 4. That's when, following a planned protest to display a banner from the Statue of Liberty's base that read "Abolish ICE," Okoumou decided to take the protest higher, literally.  She stood, sat and walked around the feet of Lady Liberty for more than two hours, she said, as a highly visible act of protest against President Donald Trump's "zero tolerance" immigration policy.

Outside of the courtroom Monday, Okoumou remained unapologetic about her climb.

"It is not illegal to protest. Civil disobedience is a peaceful form of protest. And Martin Luther King Jr. would agree with me," Okoumou said. "There is nothing wrong with protesting."

Back inJuly, federal prosecutors and Okoumou's attorney agreed that she should be released on her own recognizance. No bail was requested by prosecutors for her three misdemeanor charges, which included trespassing and disorderly conduct.

"I'm hoping that this is an opportunity for me not only to talk to the judge but to the whole world as I did on the 4th of July to remind everyone that we have children in cages and there are still a lot of children in cages," Okoumou said to PIX11 News. "No child belongs in a cage. Period."