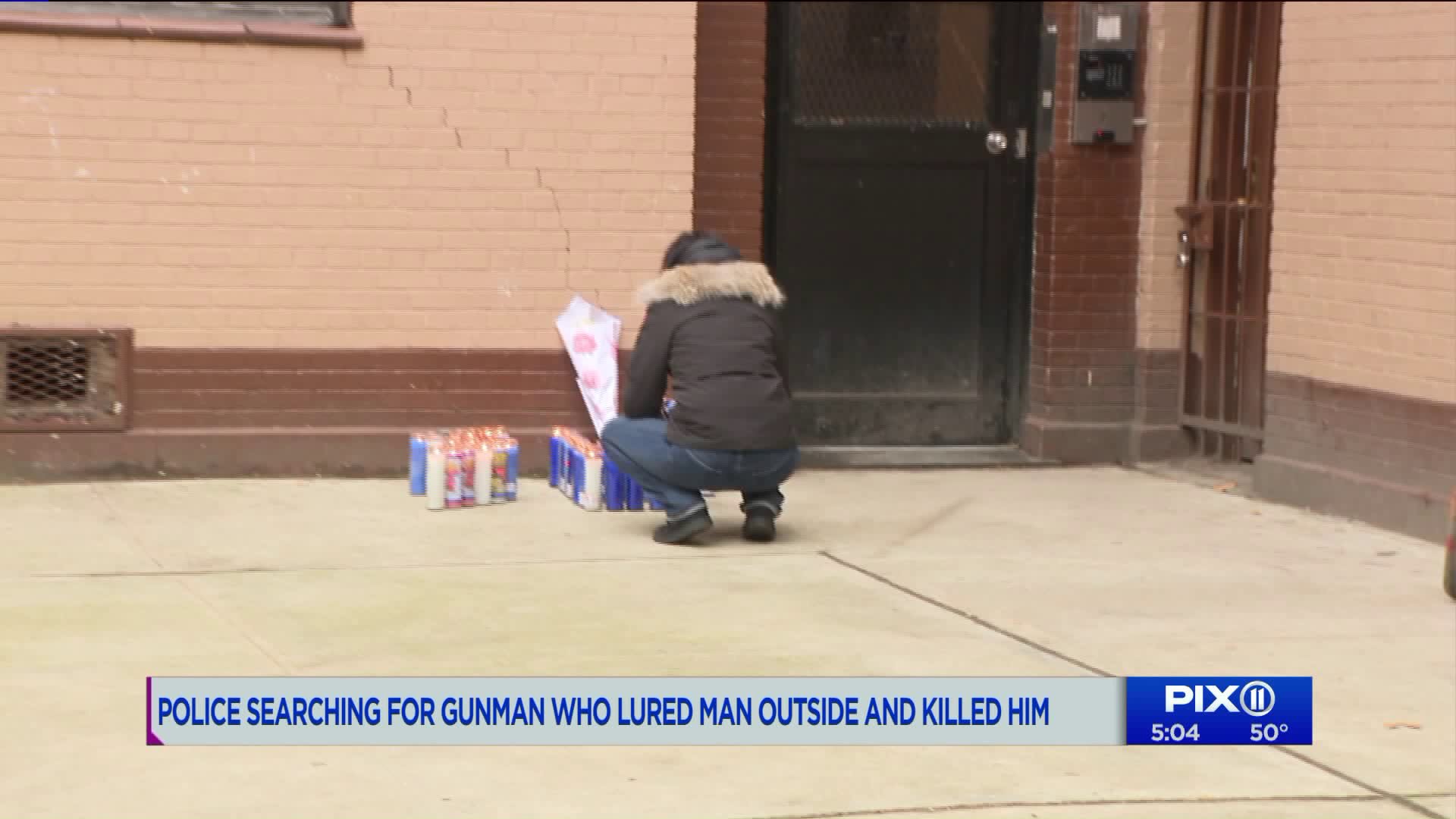 Police are searching for any information regarding the shooting death of 24-year-old Ariel Tejada after he was found in fatally shot in his Bronx building.

CLAREMONT VILLAGE, the Bronx — A 24-year-old man was fatally shot in the Bronx early Friday morning, the NYPD said.

At about 12:40 a.m., police responded to a 911 call of a man shot inside of 1420 Grand Concourse, the location of an apartment building located in the Claremont Village section of the Bronx. When they arrived they found Ariel Tejada with a gunshot wound to his torso.

Tejada, who lives in the building he was found in, was transported to a hospital where he later died.

Police believe Tejada was targeted, adding he received a phone call, asking him to come outside.

Tejada’s best friend Richard Baldwin, tells PIX11 he never even made it out of his front door — Tejada was stopped by a bullet, where a memorial is now growing.

There are no arrests at this time. The investigation remains ongoing.