New ‘Welt’ belt could help you shed that holiday weight 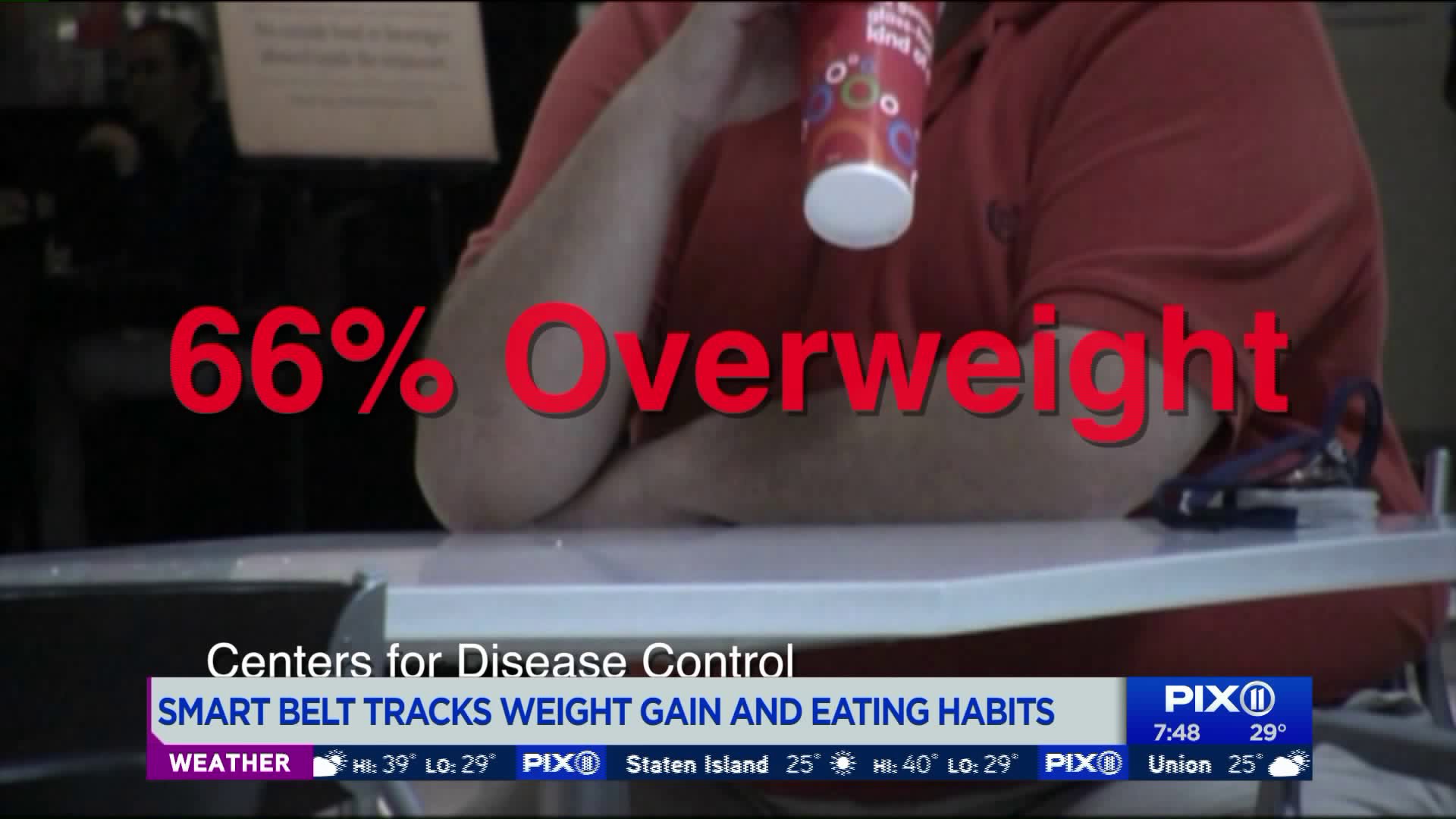 Having trouble saying no to that extra piece of pie this holiday season? Maybe a smart belt, which tracks weight gain and eating habits, can help.

NEW YORK — How many pounds will you pack on this holiday season? Statistically, across the nation, we’ll each slather on about a pound or 2. Problem is, we don’t take it off. It’s part of the reason that two of every three American men are considered to be overweight or obese, with the rates for women even higher. Now a new wearable tech device is proving to help in the battle of the bulge.

There’s currently no shortage of tech to try to trim your tummy. Apps and watches and monitors abound. But what if watching your waistline were as simple as getting dressed in the morning?

Jayzer Espana was unhappy with what he was seeing.

“I started to get more chins than I like. I saw it in photos," Espana said.

Working at a desk job for five years didn't help.

“From sitting all day at a desk to sleeping. My fitness was not where it should be," he said.

And it’s part of a big American problem — 66 percent of Americans are overweight, and 40 percent are dangerously obese.

With its inconspicuous monitoring on the slim belt buckle, it let him, “Keep track of my waistline, my steps and how much time I’ve spent sitting down.”

The problem so far is many tech gadgets don’t show any more positive improvement when analyzed than people just trying to lose weight.

The Journal of the American Medical Association finding people who just monitored their own weight lost twice as much, but a study of the “Welt” found among more than 400 men who simply buckled up each morning with their “Welt” that they managed to whittle their middle.

Espana had even more success.

“Between and inch to an inch and a half,” he said.

Meaning Espana's back on track.

The Welt has so far only been tested on men, with one unisex style belt available for pre-orders.