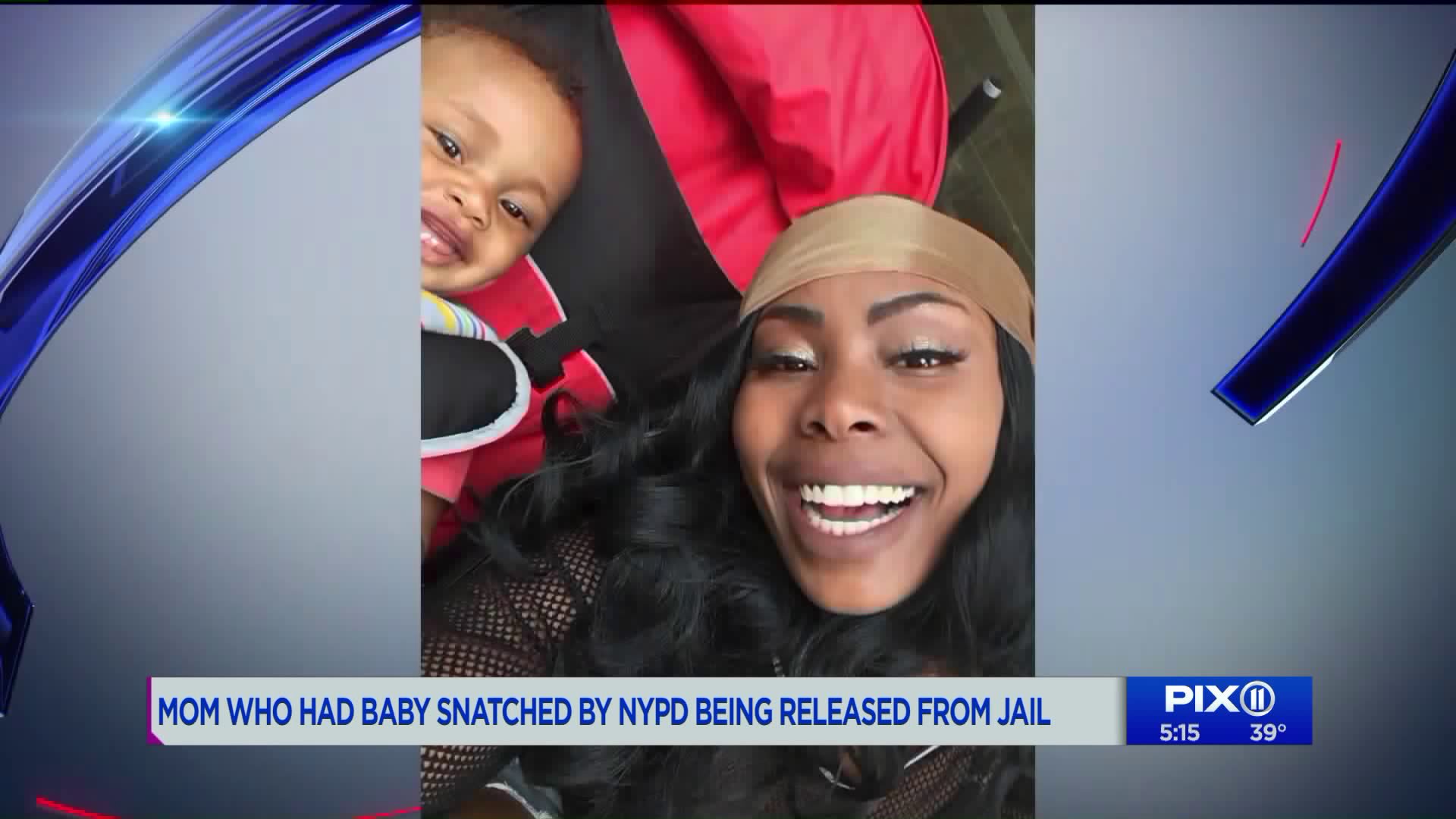 The mother whose 1-year-old son was forcefully yanked away by New York Police Department officers last week had her charges dropped and was ordered released on her own recognizance, defense attorneys said. Jazmine Headley, 23, had been arrested Friday at a Brooklyn social services office and faced four charges, including resisting arrest and acting in a manner injurious to a child.

BOERUM HILL, Brooklyn — Charges against a mother were dropped after video captured by a bystander showed officers pulling a 1-year-old baby from her arms at a Brooklyn benefits office, District Attorney Eric Gonzalez announced Tuesday.

"Like everyone who watched the arrest of Jazmine Headley, I was horrified by the violence depicted in the video and immediately opened an investigation into this case," Gonzalez said in a statement. "It is clear to me that this incident should have been handled differently."

Headley had taken a day off from work Friday in order to go to the Human Resources Administration, or HRA, office in Boerum Hill to figure out how to extend day care benefits for her 1-year-old son, Damone, which she’d recently learned were being discontinued.

There was a four-hour wait inside, according to the Brooklyn Defenders public legal assistance office, which is now representing Headley. When she’d gone to the HRA office, she sat on the floor, with her child, because there were no seats, Brooklyn Defenders Executive Director Lisa Schreibersdorf said on Monday.

Headley had refused to get off the floor when she’d been told to do so by a security guard, and a conflict apparently ensued. Security called the NYPD. A sergeant and three officers responded. They tried to remove Headley, but needed to remove her child from her first. When she resisted, all of the officers, as well as at least one security guard, forcibly separated the mother and baby son, while witnesses' smartphone cameras recorded.

Eventually, she was arrested and charged with resisting arrest, acting in a manner injurious to a child, obstructing governmental administration and criminal trespass.

Since Headley's arrest, the Brooklyn public defender's office, alongside Mayor de Blasio, Brooklyn borough President Eric Adams and other local leaders have called on the prosecutor's office to dismiss charges. The 23-year-old mother was sent to Rikers Island, where she remained Tuesday, on the NYPD charges, as well on an outstanding warrant out of New Jersey for failure to make an appearance on a credit card fraud arrest.

At a news conference Monday, Adams compared the incident to President Donald Trump's controversial policy of separating migrant families at the US-Mexico border.

"We were called to a chaotic situation, & we're looking at all available video to determine why certain decisions were made," O'Neill said in a tweet.

"Continuing to pursue this case will not serve any purpose and I therefore moved today to dismiss it immediately in the interest of justice," Gonzalez said in a statement.

This morning my office spoke to the Brooklyn DA about dropping the charges against Ms. Headley. I applaud the DA’s decision to do so. She should be reunited with her child as soon as possible.