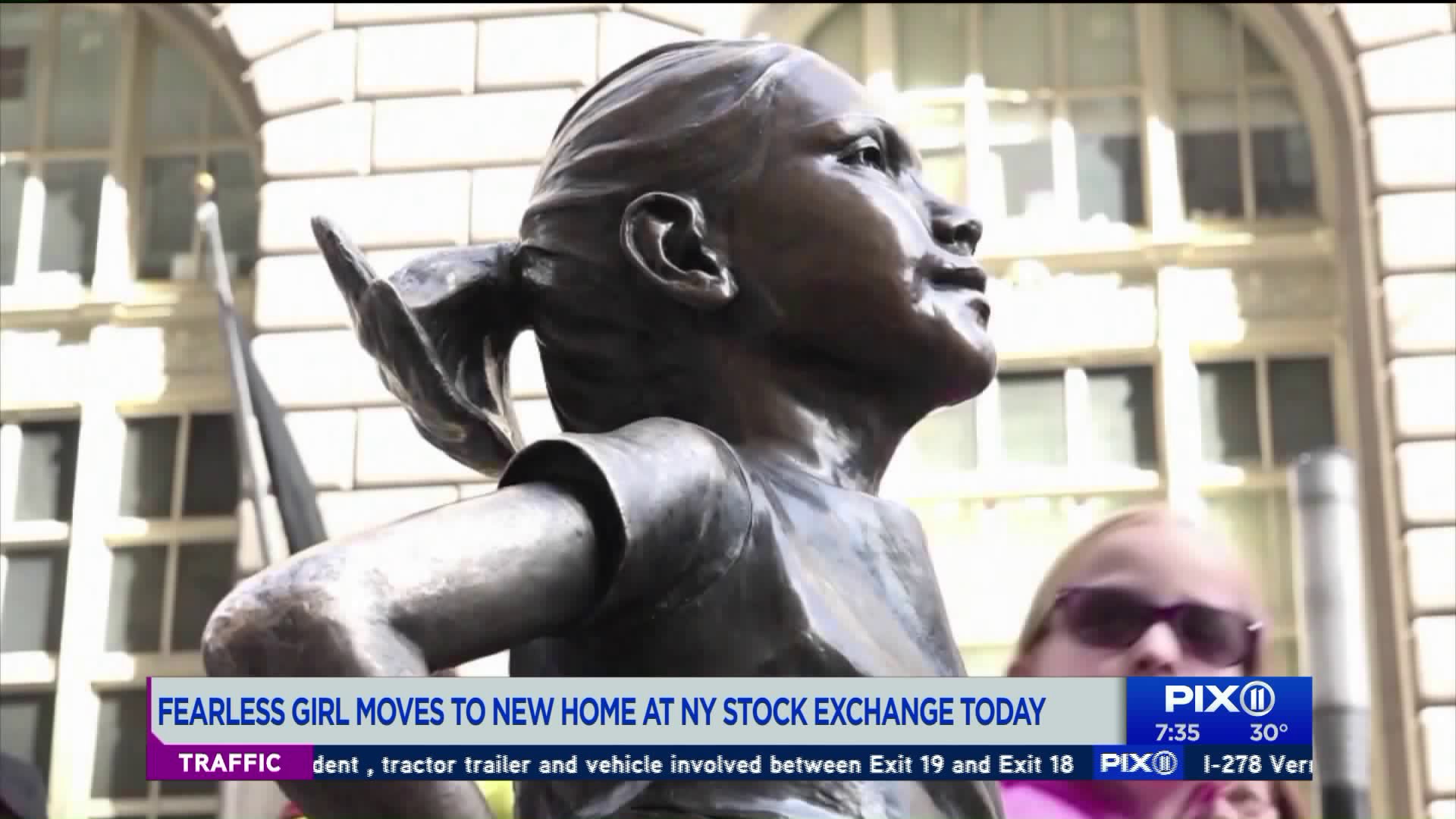 "Fearless Girl" is getting a new home at the New York Stock Exchange on Monday. The popular statue will be moved from the spot where it was installed last year, opposite the "Charging Bull" sculpture in Lower Manhattan.

NEW YORK — The Fearless Girl statue now has a permanent home outside the New York Stock Exchange. The bronze statue's relocation was unveiled Monday morning. Her new home is thanks to another fearless girl: 6-year-old Harper Oates of Boston.

Oates and her mother visited Fearless Girl last March. Oates was born paralyzed and uses a wheelchair. Because the statue was up on a platform that was not wheelchair accessible, Oates had to take a picture from behind the statue.

Oates and her mother contacted State Street Global Advisors, the group that commissioned the statue, and pointed out the problem. The company agreed to make the statue wheelchair accessible and move it.

Oates' mother, Dawn, runs a group called The Play Brigade, which advocates for inclusivity. A group of about 30 marathon runners started running from Boston on Friday on behalf of The Play Brigade down to Wall Street on Monday morning.

Officials from the Stock Exchange and State Street Global Advisors were on hand to unveil the statue's new location.

Fearless Girl is meant to send a message about workplace gender diversity and the importance of putting women in positions of power.