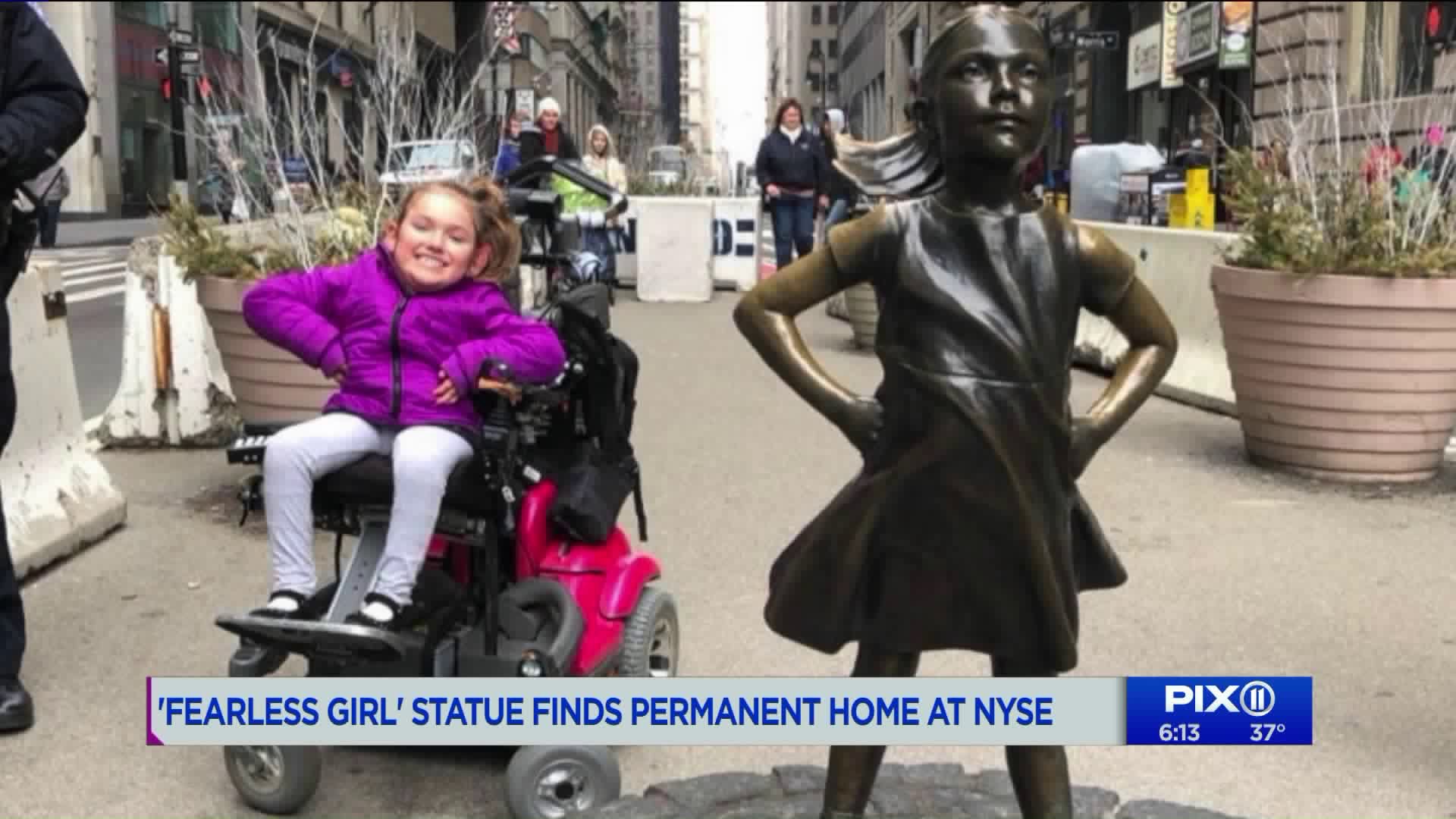 The Fearless Girl statue has inspired people across the world. The 4-foot-tall bronze statue moved to its permanent home Monday. It now stares down the New York Stock Exchange. But 6-year-old Harper Oates, a little girl from Boston, wanted to be there for the unveiling. She wasn`t invited.

The Fearless Girl statue has inspired people across the world. The 4-foot-tall bronze statue moved to its permanent home Monday. It now stares down the New York Stock Exchange.

But 6-year-old Harper Oates, a little girl from Boston, wanted to be there for the unveiling. She wasn't invited. Harper and her family first visited the statue last winter.

"I couldn't really get up on the platform," she said.

Paralyzed since birth, Harper depends on a wheelchair. A curb blocked her access to the Fearless Girl.

When it was announced the Fearless Girl would leave her spot facing the Charging Bull, Harper's mom, Dawn Oates, reached out to State Street Global Advisors. That is the company that commissioned the statue. According to Oates, she spoke with company executives multiple times about making the permanent home wheelchair accessible.

"Even though disability wasn't the original intention of the meaning of the statue, this statue we know has grown to have many many different meanings for people," Oates said.

But as the female empowerment statue was unveiled early Monday morning, Dawn and Harper weren't there. They were still on a train from Boston.

"We had planned to arrive when the statue was unveiled and we were told by State Street that we should arrive at 11 a.m., which is three hours after the unveiling of the statue," Oates said.

State Street told PIX11 News, "A key motivation for moving the Fearless Girl statue to the NYSE was to increase her accessibility and availability for everyone who wanted to see the iconic figure. We spent several months working with the City of New York, and spoke to a number of groups and individuals to ensure we selected the best home for her and her visitors. Following the unveiling this morning, she stands ready to welcome people from all backgrounds and from all over the world as she continues to spread her powerful message."

At the ceremony, the New York Stock Exchange's executive vice chairman noted there is still work to be done. Something Dawn Oates agreed with.

Executive Vice Chairman Betty Liu said there is an, "...ongoing pursuit where diversity and inclusion also means representation at the various highest levels of corporate and government leadership."