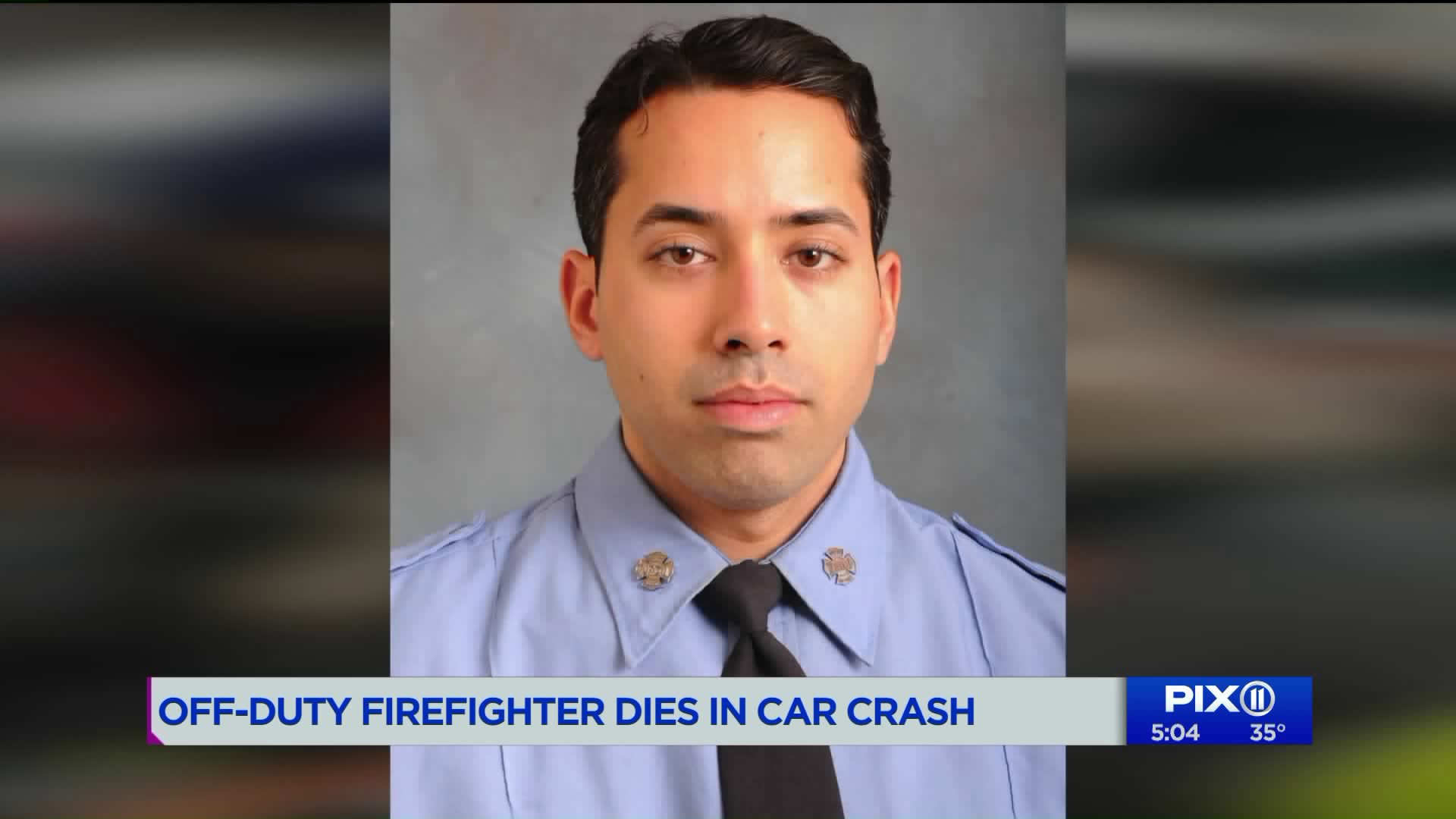 Police say officers responding to the Belt Parkway crash found 33-year-old Faizal Coto lying next to his damaged 2008 Ford Mustang with head trauma around 4:45 a.m. Sunday. Coto was with the fire department for three years. He was assigned to a Engine 245 in Coney Island.

Coto was pronounced dead at a hospital.

Police have asked for help finding this car. (NYPD)

Police say they're investigating to determine how Coto received his injuries. The other driver involved in the collision fled the scene before officers arrived. Police shared an image of the 2006 Infiniti G35 and asked for help identifying it. Officials say the car is gray or silver, with damage to the driver's side of the vehicle and bearing New York State license plate JEA 2402.

Coto was with the fire department for three years. He was assigned to a Engine 245 in Coney Island.

He was also an aspiring rapper and hip hop artist performing under the name FAIYA.

He recently posted on Facebook that he was getting back into his music and he thanked his fans for their support.