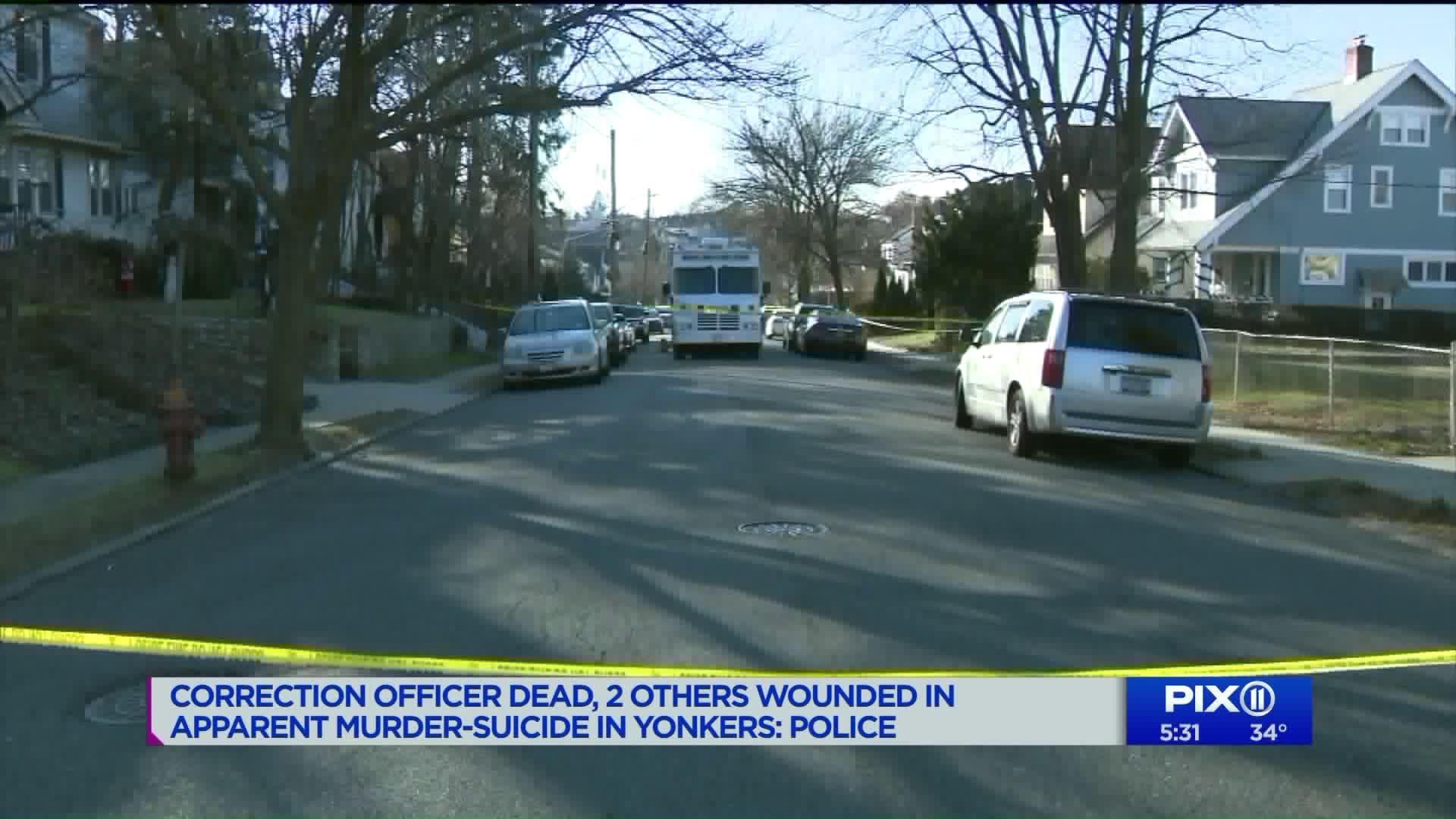 A Westchester County corrections officer is dead and two others have been seriously injured in what authorities are calling an attempted murder-suicide.

YONKERS, N.Y. — A Westchester County corrections officer is dead and two others have been seriously injured in what authorities are calling an attempted murder-suicide.

Authorities are on scene after three people were shot in a Yonkers home on Dec. 7, 2018.

Authorities received reports of a shooting at a house along Buckingham Road at about 11:30 p.m. Friday.

Officers arrived to find two men and one woman with gunshot wounds and a fourth uninjured person.

"I heard sirens but we hear sirens from the fire house not too far," neighbor Barbara Hogg said. "But then all of a sudden the flashing lights were in my bedroom and I said something's going on. I got up and looked out the window and I saw all the police and everything there."

They were taken to the hospital in serious to critical condition, said police.

The man with a gunshot to his head, identified as 40-year-old Edward Quinoy, was later pronounced dead at the hospital.

Investigation revealed all three parties were employed as correction officers with the Westchester County Department of Correction. The victims were involved in a domestic relationship and have been living together, said police.

According to officials, Quinoy, who was the female victim's ex-boyfriend, forced his way into their residence and fired multiple shots at the couple.

Gunfire was exchanged, with the victims firing shots at Quinoy, said police.

The male victim’s mother, who was in a separate room at the time of the incident, called police.

The AP contributed to this report.