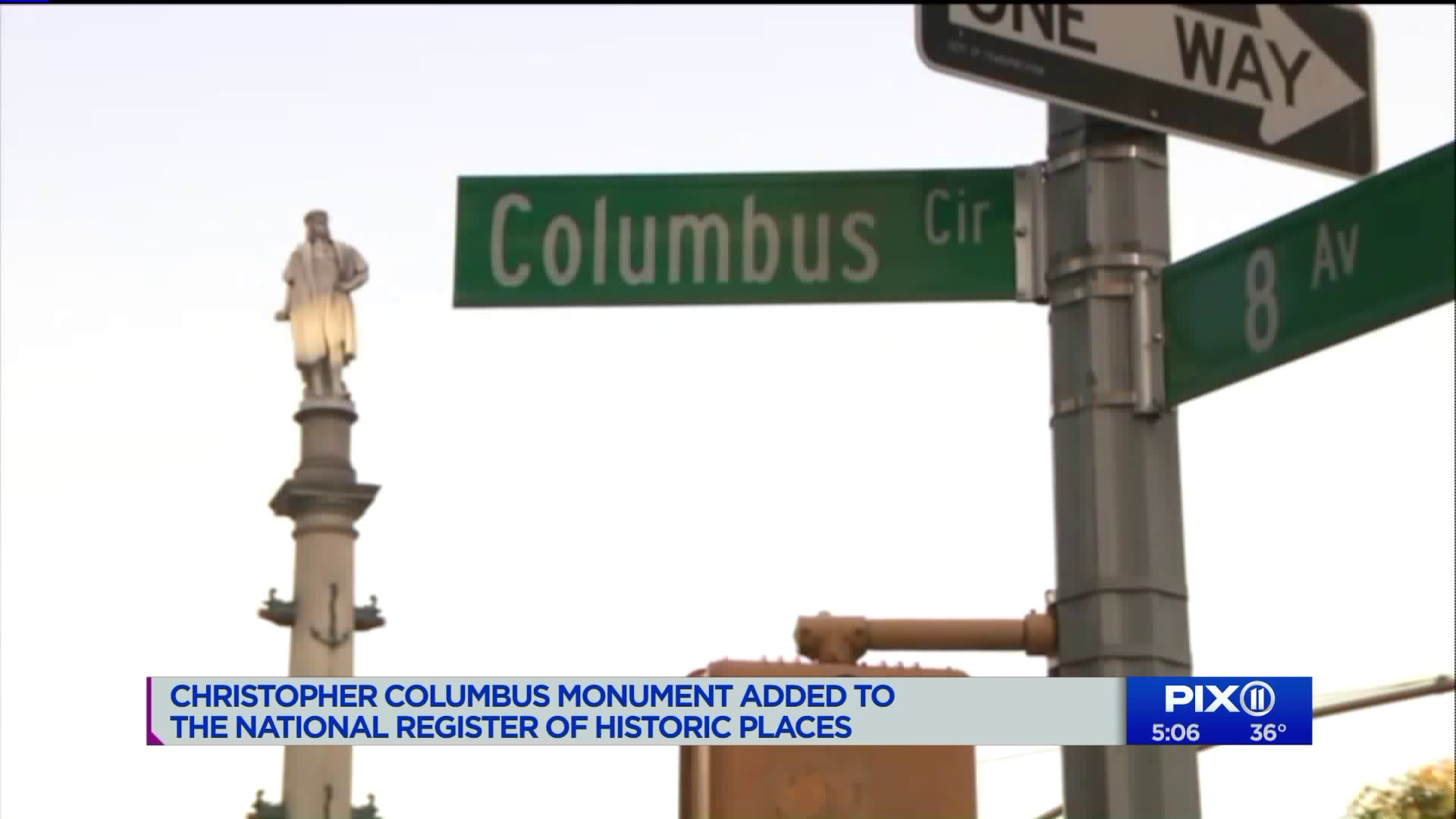 After much debate, the controversial statue of Christopher Columbus will not only be staying, but plans to modify it to appease its critics may also be in jeopardy.

MANHATTAN, N.Y. — After much debate, the controversial statue of Christopher Columbus will not only be staying, but plans to modify it to appease its critics may also be in jeopardy.

The statue was just added to the National Register of Historic Places , which will give it several protections.

The last few Columbus Day parades have become an annual battle over a man who for some represents Italian-American pride and acceptance—and to others a mass murder of native people.

However, while the debate was happening, the Columbus Citizens Foundation and Gov. Andrew Cuomo were quietly working to add the statue to the national register.

“Getting a public building, or in this case monument, on the NRHP does give it real protection,” said Peg Breen, with the New York Landmarks Conservancy. Her team helped with the paperwork for the register.

“Since this is a public monument, on public property, if the city ever tries to move it, or change it, it would trigger a federal review and people would be able to comment,” Breen said. “The state preservation society, and eventually federal government could comment and make it very difficult to do anything that damages or changes the statue.”

Mayor Bill de Blasio had brought together a committee to decide what to do about the statue after concerns were raised in southern southern states about the future of Confederate monuments. The committee recommended a compromise: adding a sign on or near Columbus that put his history in context.

However, the proposed plan may also be in jeopardy.

“The state historic preservation office would at least review [any proposed sign at the site] and make sure it’s nothing that’s going to detract from the statute itself,” Breen said.

“This won’t have any effect on our approach surrounding Columbus Circle. We are in the process of convening Indigenous groups, the Italian-American community, and other stakeholders to create contextual information that addresses the complex histories surrounding this monument and others.”

The mayor’s office did not respond to request for comment for the story.