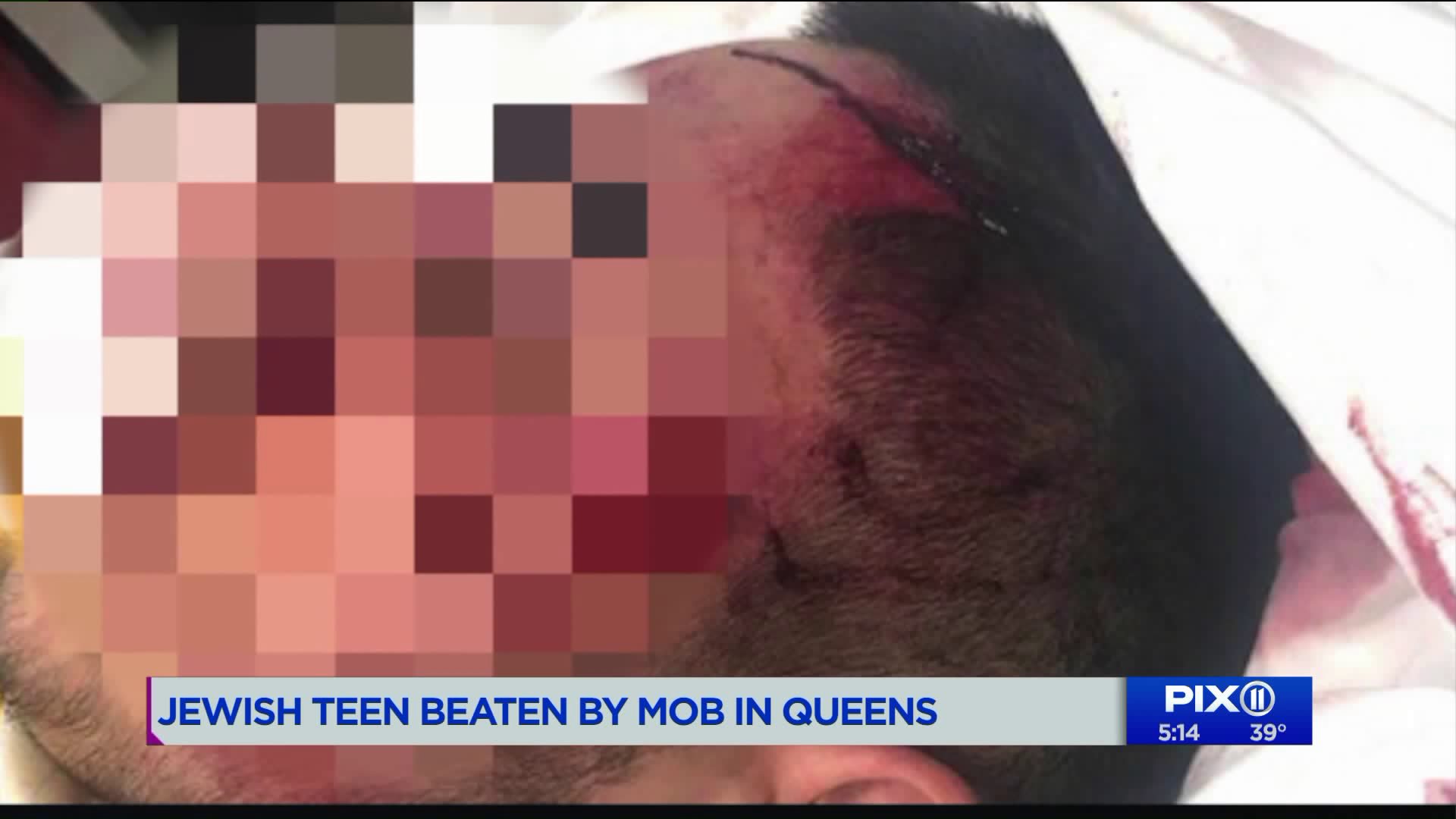 Police have arrested two teens in connection with an attack on a 16-year-old Jewish boy in Forest Hills last week.

FOREST HILLS, Queens -- Police have arrested two teens in connection with an attack on a 16-year-old Jewish boy in Forest Hills last week.

Dozens of kids scattered as the police arrived at 64th Road in Forest Hills on November 27. Witnesses say nearly 20 teens took turns punching and kicking the 16-year-old, while 15 to 20 more stood by watching or filming on their cellphones. The victim was taken to Elmhurst Hospital with cuts and blood all over his head.

"It just seemed to me that they came to the neighborhood to look for problems and they found someone who was in the wrong place at the wrong time," Waleska Mendez said.

Mendez was volunteering at the Masbia Soup Kitchen when she heard then saw the mob of kids coming down the block. After she realized what was happening she grabbed a broom and tried to beat back the attackers.

"I'm a citizen of New York for 28 years," she said. "We care about people, I care about people. You don't think about who is the nationality or where they're coming from. When something like that happens we have to do something about it."

The incident and a couple others prompted an emergency meeting with elected officials and representatives from the 112th precinct earlier this week. Several members of the community frustrated by the fact the NYPD was not considering the attack a hate crime.

Yaniv Meirov, CEO of CHAZAQ, a youth leadership organization, said he sent out messages warning members of the community not to walk alone at night following the attack.

"While you live in America, in New York, in your community and you want to feel safe and sound you have to think twice," Meirov said.

Police have stepped up patrols in the neighborhood, but the attack comes at a time when many community members are out more often visiting family and their synagogue for Hanukkah.

"What's definitely on everyone's mind unfortunately during this holiday is this attack," said Adam Suionov, executive director of the Alliance of Bukharian Americans.

But Mendez says New Yorkers can help every feel safe in the neighborhood just by looking out for one another, regardless of religion.

"If you see a situation that is going on, in this neighborhood that is particularly jewish, so just call the police and lets prevent the problem. We can prevent what happened here."