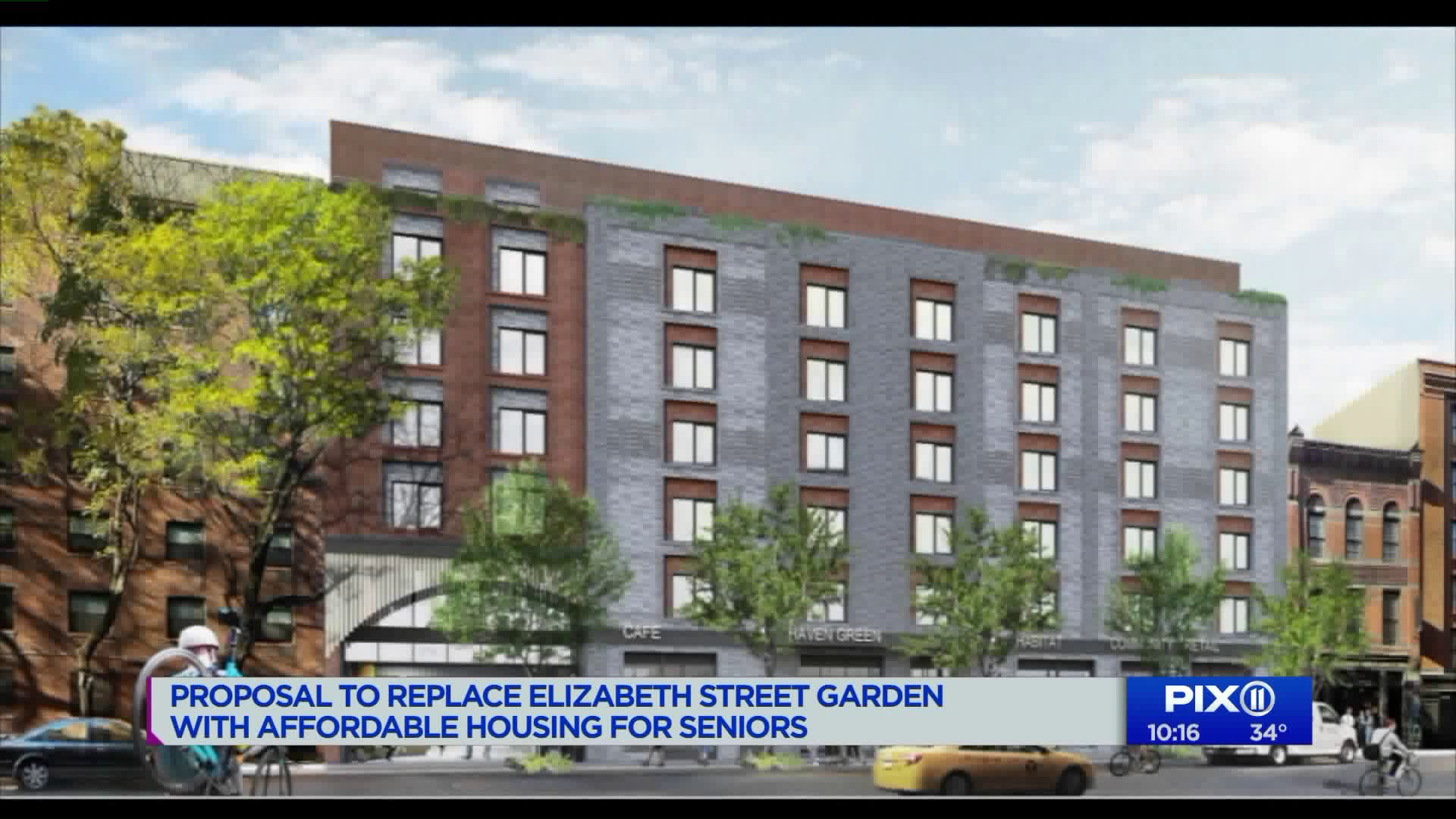 LITTLE ITALY -- An open green space beloved by locals may be no longer - if the city has its way.

The Elizabeth Street Garden is 20,000-square feet and filled with sculptures, benches, flowers and plants.

“It’s where the community comes together for a free program and really it’s a space that fosters this sense of community,” said Joseph Reiver, executive director of Elizabeth Street Garden. “The programs in the garden are free and open to the public they’re based on cultural, environmental sustainable stewardship also arts and culture and we show movies, we have live music that feature local musicians and artists, it’s really a center that has everything.”

But now that could all go away. It’s called the Haven Green Project. The city is selling the land to a private developer to turn it into 123 studio units of affordable housing geared towards seniors and LGBTQ friendly.

The final plan was presented before a Community Board 2 public meeting this evening, with both sides of the debate present.

“There are 200,000 seniors on the affordable housing waiting list and I think the need is great,” said Will Thomas, with organization Open New York. “I understand the opponents of the project have given alternative sites but the need is so great that any one site is not going to suffice, I think we need to build on every site we can.”

Those who live in this area say Elizabeth Street Garden is woven into the fabric of their neighborhood.

“An enormous number of seniors use this park every day, they rely on it, also children in this neighborhood use this space,” said Emily Hellstrom, with Friends of Elizabeth Street Garden. “It’s also the heart and soul of our community.”

Opponents to the project have suggested alternate sites nearby.

But the city doesn’t seem to be looking at other nearby sites. Critics add the greater implication is the mixed use of the land - there will also be retail and office space, changing the look and feel of the neighborhood.

Famed attorney Norman Siegel is representing the garden board and says this is far from a done deal.

“The garden is an oasis, we also think they have to provide an environmental impact statement which they haven’t done and we basically said there are serious and substantial legal problems with this plan,” Seigel said.

The project’s developers - Pennrose, Riseboro Community Partnership and Habitat for Humanity contend the Haven Green Project will come with 6,700-square feet of public space, but critics say it’s not the same.

“It won’t be necessarily green that’s our worry,” said Hellstrom. “Nothing will grow there it’s deeply in shadow.
This is a city-owned piece of land and what they’re asking us to do is turn that over to a developer, that means this will be a privately-owned public space this will not be a city park, which is what it needs to be.”

Those who want to save Elizabeth Street Garden say the city should not turn this into affordable housing versus green space.

“Coming into the community and pitting us against other community members is divisive it’s not in the best interest of New York City,” Reiver said.

The Elizabeth Street Garden has had the open community green space for nearly 30 years. Whether it stays that way remains to be seen.

“The city should not be pitting people who are for affordable housing with an open green space garden,” said Siegel. “You must have both and pitting us it’s not what the city should be doing. We’re ready we’re able, if this continues we’ll have to go to court.”

There will be a uniform land review process starting at the end of this month. The environmental impact study still needs to be done before more public hearings.