VIDEO: Man in critical condition after being repeatedly punched, kicked in the head during violent robbery in the Bronx 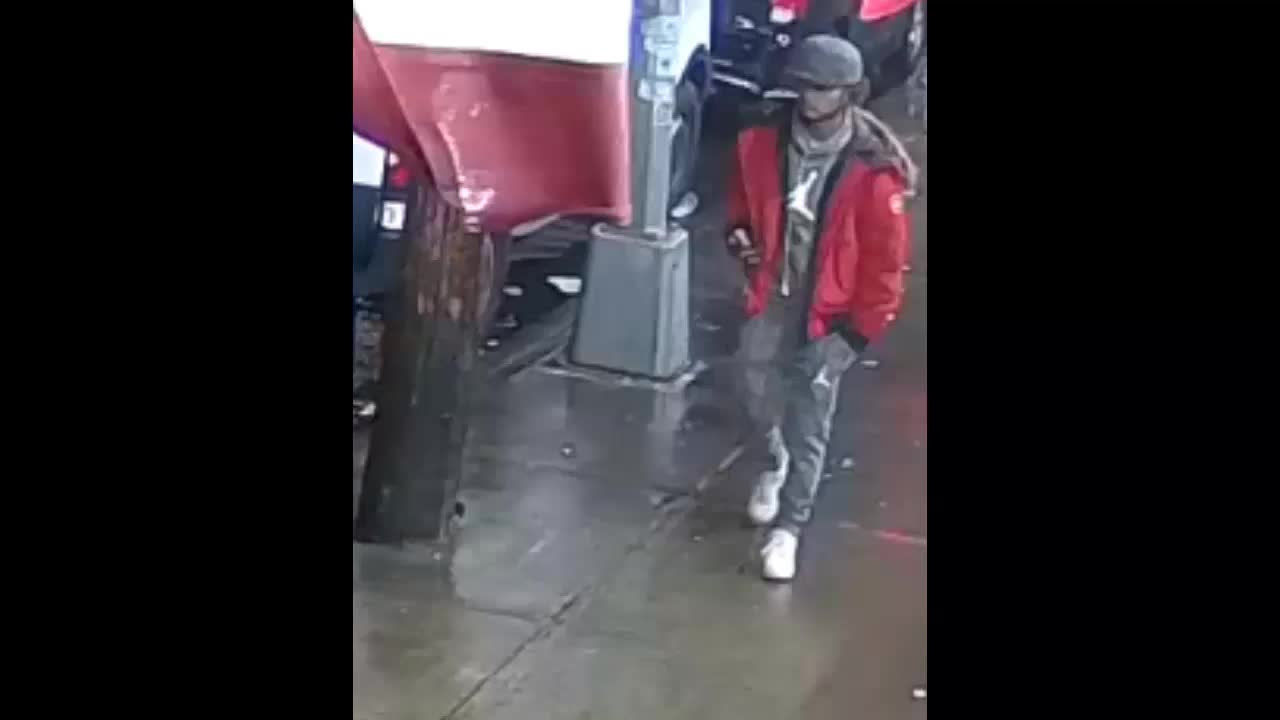 Police are asking the public's help identifying a man who allegedly left another man in critical condition after an assault caught on video in the Bronx. 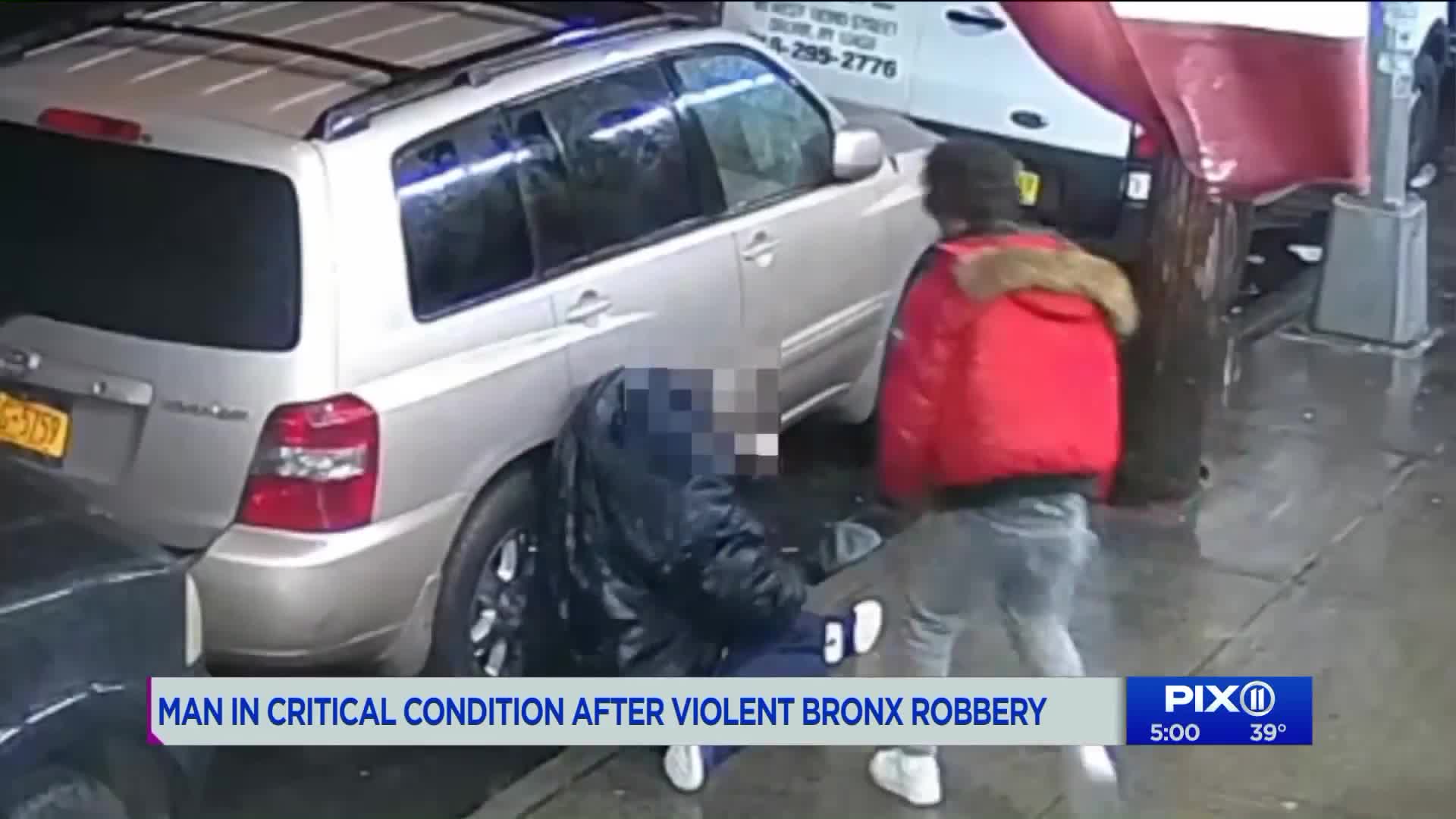 UNIVERSITY HEIGHTS, the Bronx — Police are asking the public's help identifying a man who left another man in critical condition after a violent assault caught on video in the Bronx.

The incident happened at about 3:10 a.m. Sunday in front of  Food Universe Marketplace, located on W 183rd Street and Grand Avenue in the University Heights section of the Bronx.

The man first approached a man standing in front of a car and engaged him in conversation. Surveillance video released by police then shows the man punching and kicking the 38-year-old victim in the face and head, to which point the victim falls to the ground. The man then walks away from the victim, who is laying on his back, but then returns to grab something from the scene and kick the victim again.

Police said the attacker fled the scene on foot along with the victim's belongings.

The victim was transported to a hospital in critical condition with injuries to his head and neck.

Police described the attacker to be about 5 feet, 7 inches and 160 pounds. He was last seen wearing a gray baseball cap, red coat with a fur-lined hood, gray sweatsuit and white sneakers.