Son of Bronx peephole murder victim appears in court, asks for his own murder charges to be dropped 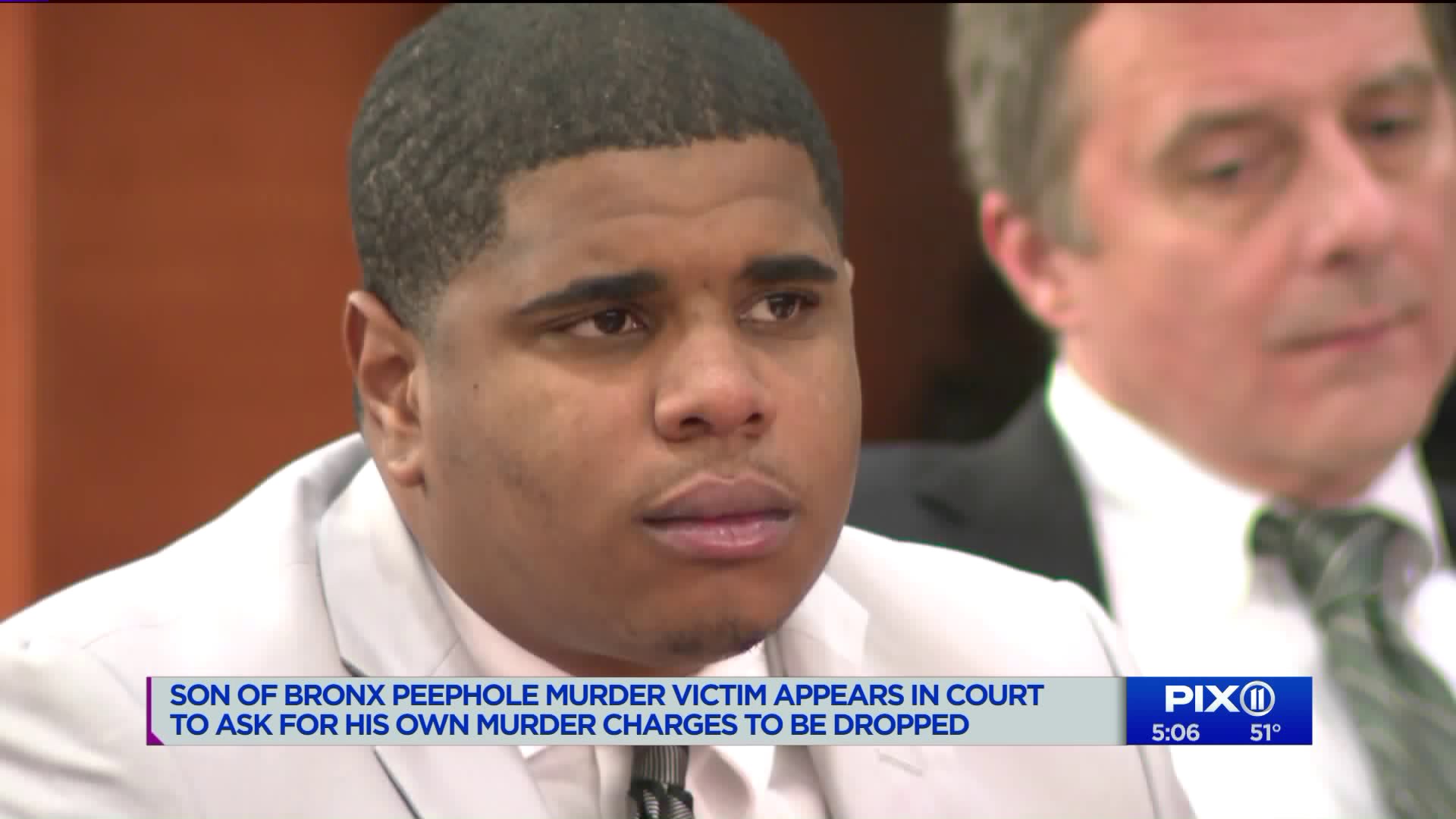 Wendy Martinez, 45, was shot as she looked through her home`s peephole. Son Brian Solano served three years behind bars awaiting trial for a murder he saus he didn`t commit.

CONCOURSE, THE BRONX -- His mother was fatally shot through her front door's peephole days ago, but on Monday, Brian Solano, 25, was in court, hoping to be cleared of a different murder. That murder, which happened four years ago, may have led to the killing of Solano's mother.

The combination of the death of his mother, Wendy Martinez, 45, and his struggle to clear his name has left Solano saddened, as was apparent in court.

"Not good right now," is how he described to PIX11 News how he was feeling after the court hearing Monday afternoon.

As it began, Solano cried so hard that the prosecutor trying to convict him joined court officers in handing him paper towels to help dab the tears rolling down his cheeks.

It was the mention of his mother's death in the court proceedings that started Solano crying.

Martinez was killed on Nov. 24 when someone knocked on the door of her Grand Concourse apartment, and then shot her through the peephole when she went to the door to see who it was. Investigators are probing the theory that Solano was the intended target of the gunman, who'd tried to conceal his identity with an umbrella at the shooting scene.

A search remains underway for the killer.

Also being investigated is the possibility that the gunman could be related in some way to Willie Lora, a suspected member of an alleged gang called the Eden Boys. They're believed to be connected to the larger Bloods gang.

Lora was killed in December 2014. Solano was arrested for the crime, and served three years in jail awaiting trial. However, after some witnesses whose testimony had led to Solano's arrest recanted their stories to a private investigator, Solano was released from jail.

He'd been released on his own recognizance for a year when his mother was shot and killed. It had happened two days before the scheduled hearing on Solano's murder charge.

That hearing was postponed for a week, to Monday, because of Solano's mother's killing. The killing also prompted prosecutors to successfully petition to require Solano to surrender his passport. That, in turn, prohibited him from attending his mother's funeral in the Dominican Republic this past weekend.

That restriction, along with the clear realization that his quest to clear his name could take months, have left Solano sad and depressed, he told PIX11 News, outside of court.

The hearing regarding his case is scheduled to continue in Bronx Supreme Court on Tuesday.